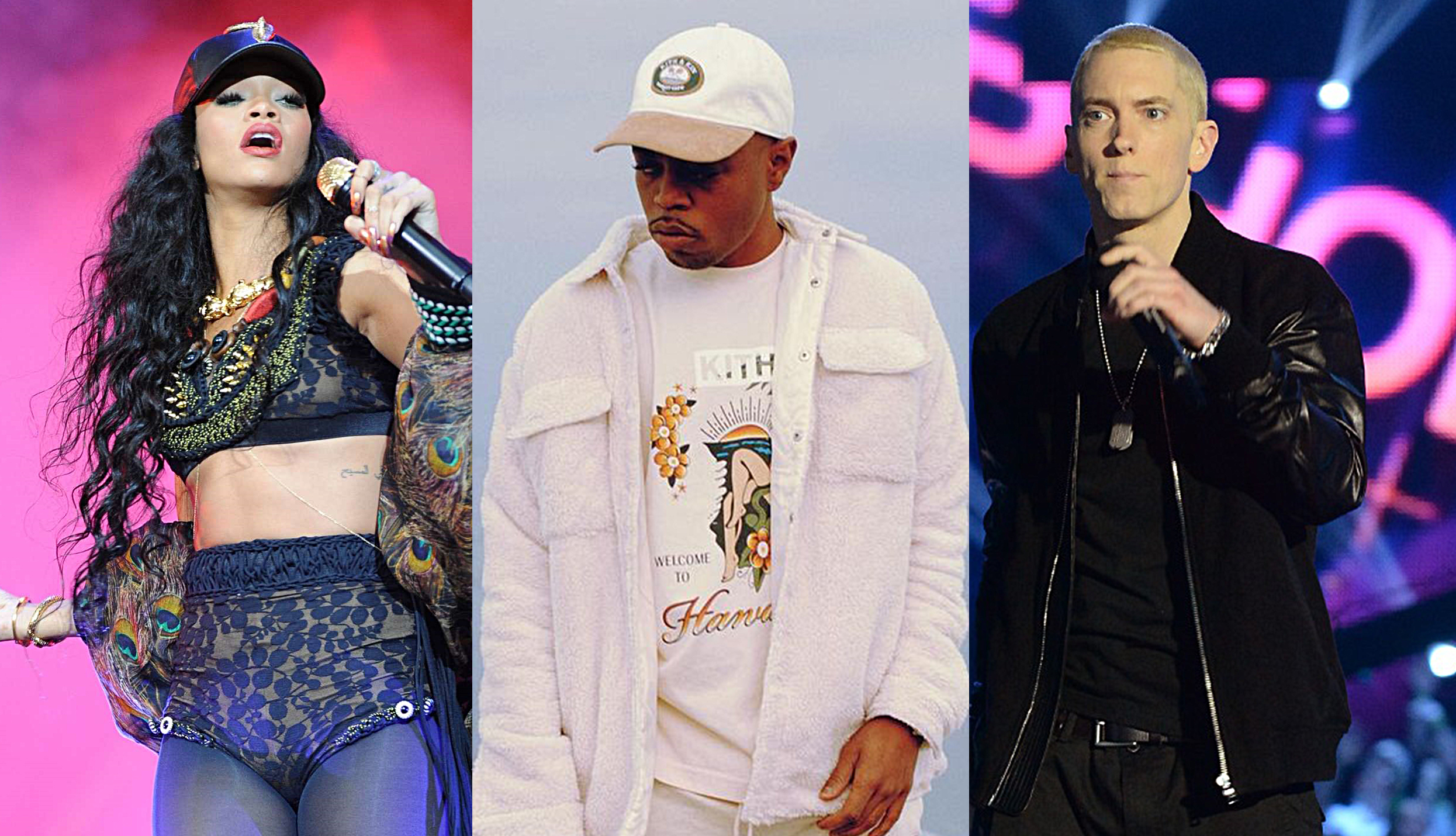 Shady Records’ Westside Boogie has recently set down on Nothing Beats Experience podcast with Smoothvega where the Compton rapper talked about Rihanna, Eminem, signing to LVRN and Shady Records, his upcoming album, mental health and more.

I was on tour with Denzel Curry when Rihanna sang my ‘Ni**a Needs’ video. I had been signed to Interscope for couple of years and I still only had like 10k followers. So, when Rihanna posted me, I thought it was fake, I thought it was fake page. She posted me and my followers went up from 10K to 150k in like 30 minutes. That’s a power of Rihanna. So Rihanna singlehandedly changed my career forever. I’m forever grateful for her.

So, I was still on a shelve of Interscope after two years. That was tough for me. Going through ups and downs. All my friends thinking I’m super rich but I was still barely being able to take care of my kid at that time, even though I was signed to one of the biggest labels in the world.

Signing to LVRN and Shady Records

One day, my AR from Interscope told me ‘We have to figure out something. It’s that management group called LVRN and I really feel you are good match’ and at the same time, I randomly got a call from Eminem. I don’t know how the universe did that to me or why it did for me but I think its my constant belief in myself and not giving up. Got a call from Eminem. He said he wanted to meet me. Flew me out to Detroit. And next thing you know, I was signed to Eminem.

I’m such a singing, RnB headass ni**a. I was listening nothing but gospel music at the beginning. Then there was slowly transition to Lauryn Hill. There was a gospel movie “Sister Act 2.” Once I saw it, I thought oh I love this girl. I love Lauryn Hill. And then somehow JAY-Z was introduced into my life. I don’t know how it happened. I think that was the first artist I searched down on my own and I fell in love with Jay. And then I fell in love with Wayne. They are two artists that I ever idolized.

We went to the studio in Detroit. It’s always the same thing with Tracy: “Marshall’s ready for you now,” “Marshall’s ready to see you.” He’s like freaking president. And that’s the part that makes me nervous when she come by like that. Tracy, I love her but she scares me too. Eminem is dope. Before I met him, I was like ‘that’s one of the biggest rapper ever, he is not gonna act like human but then when I met him, he was like just another person trying to figure life out and that’s dope to me. He even knew my songs that was not popular. He knew those songs. He was telling me details about those songs and certain rhyme schemes I did. He was praising my bars it was best thing ever. I was like, oh, I love him. He really cares about the craft. He is so competitive, he’s not going to make you feel support, he going to kill everybody. [laughs] That’s what amazing about him.

Best thing with working with Shady is that they just let me do my thing. Eminem just waits for me to bring him my new music to him. He does not put too much pressure on me. An album is done but I still have to go to the final Eminem-stage. I played the album to him couple of months ago. My problem is I always hate my songs from couple of months ago. I’m always critiquing myself. I probably have 5 to 10 album material because of that. I have a title of the album but I can’t say it.

Then Boogie continues talking about mental health. You can watch the full interview below: