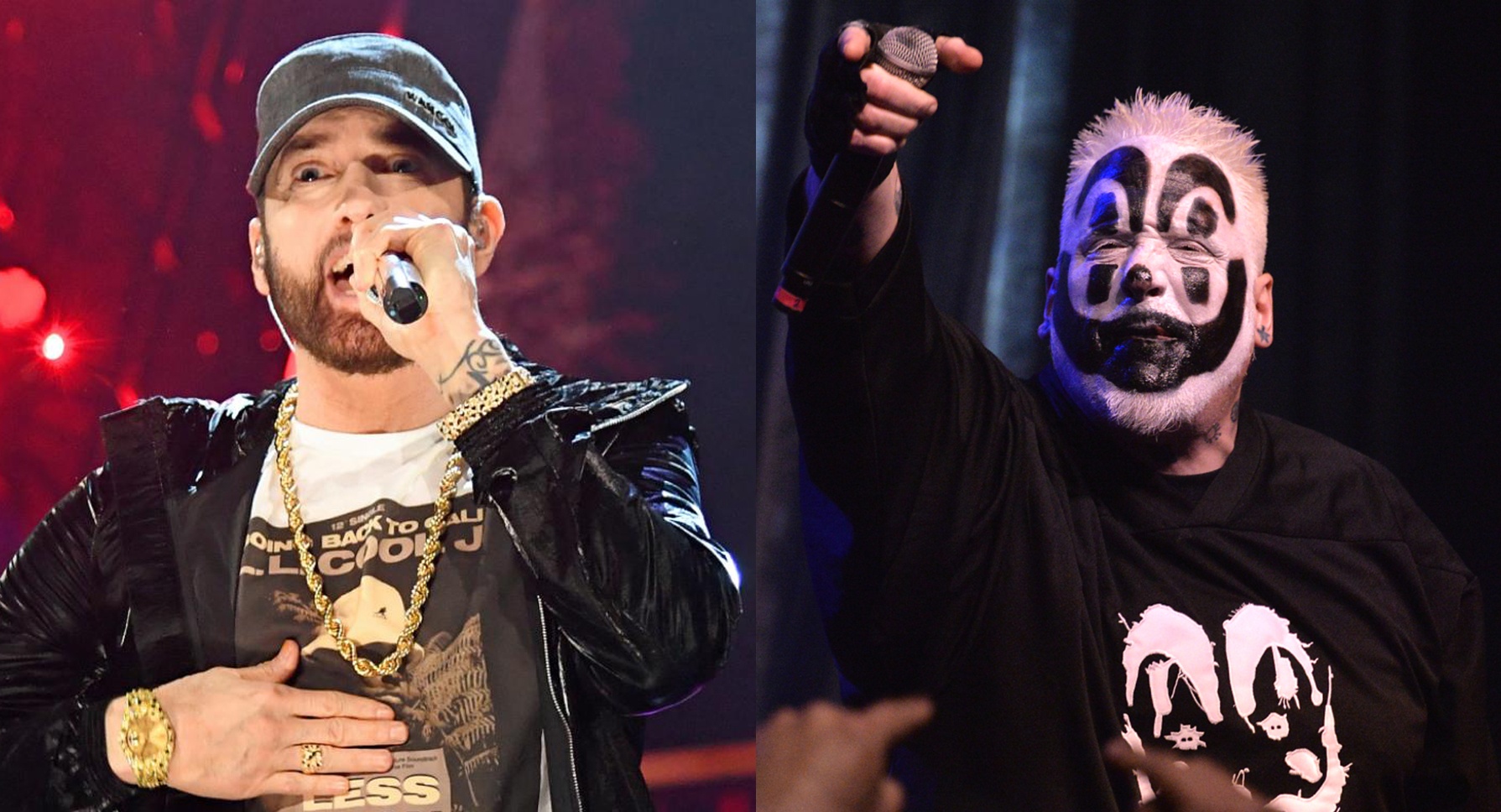 Insane Clown Posses’ Violent J has recently set down with No Jumper to give an update on the future of the group, slowing down the tours, taking care of their health, challenges Eminem to a Verzuz battle and much more.

“We have no problem with Eminem. Everything is super cool. Been super cool. But for the sake of freshness from Detroit, I officially challenge Eminem, right now! Eminem, let’s do Verzuz battle. Megaton huge hits versus undeniable, underground, unheard but dope s**t. Back and forth! That would be so dope. Eminem man, let’s bring it. Let’s battle for Detroit.” – says Violent J.

Last year, Violent J revealed he wants to do a song with Eminem in an interview with Spin magazine: “I do not regret Eminem beef because it was hip-hop history in Detroit. But it meant so much to us when Proof squashed the beef. He came to the office, laid down a verse for Twiztid, and gave us a shout-out. It was dope. We did not ask him, ‘Does Eminem know you’re here?’ because it did not matter. Proof coming down was enough. I would invite Eminem to come to have dinner at my house. But he is selling out stadiums all over the world, he does not really need the Gathering. But we would love to do a song with him. That would be dope.”

You can watch the new interview with No Jumper below: