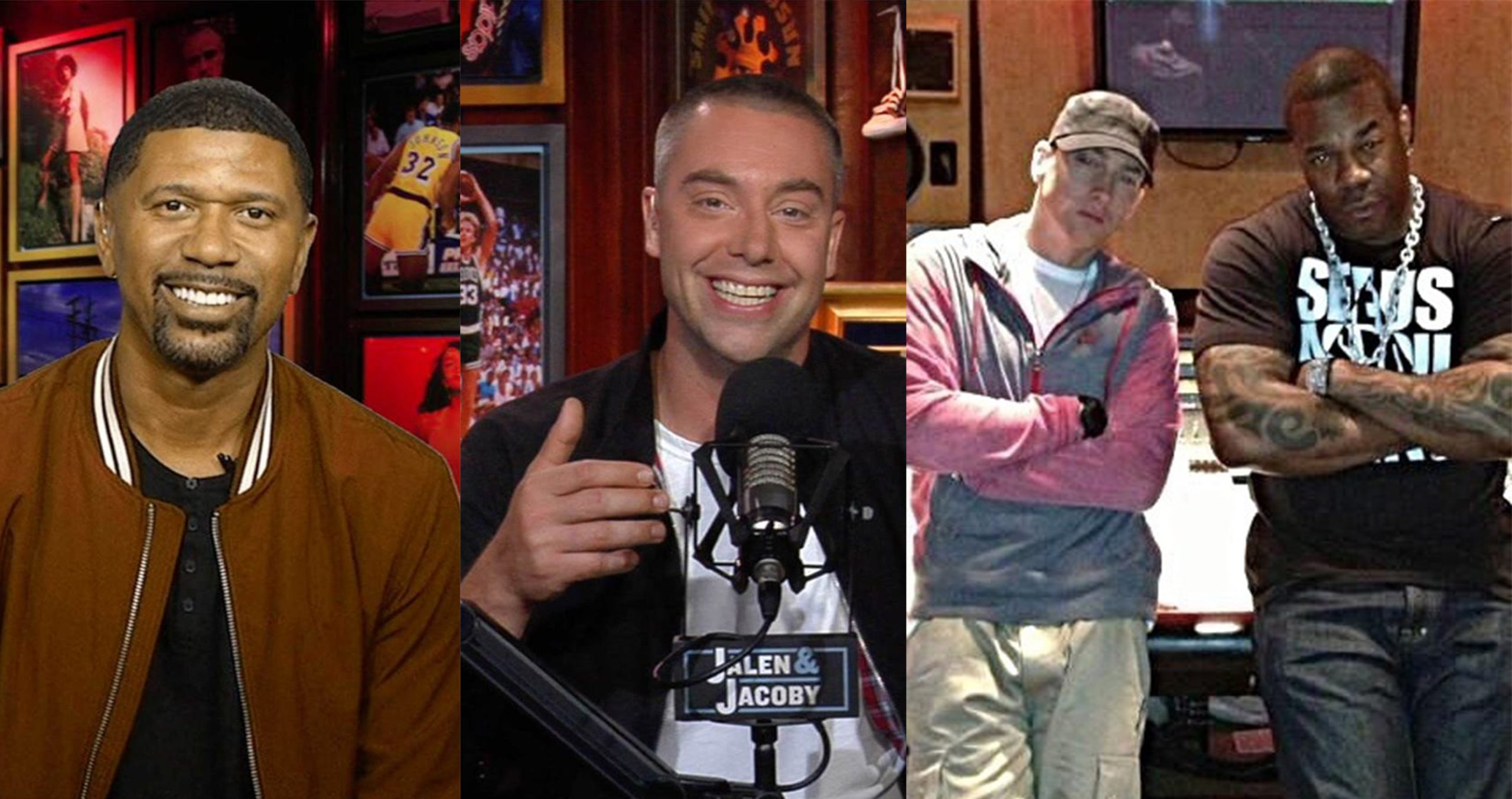 “Can it be all these simple with these two gentlemen spitting BAAAARS? This totally makes sense. They have personal connection that’s not gonna make it contentious but yet they have the styles that could go on and on and on and on and on. So both of these guys doing the Verzuz makes total sense. I’m with Swizz Beatz, let’s make it happen and shout out to Dr. Dre, I’m looking forward to Super Bowl performance.” – said Jalen Rose.

“Oh yeah, I saw Super Bowl line-up and I was like ‘that’s so much better than The Weeknd or Bruno Mars or whatever.’ I can’t wit for that. But what I will say about Busta and Eminem is, recently they have been kind of matching up sort of like like-minded acts. I can’t think of two different styles that will be so different. And when I think of Eminem I think of sort of venomous but also extremely well-crafted bars that he poured over again and again and Busta has all charisma and energy, I would like to see how that would play out on stage but if I’m Eminem, I might be holding out for bigger opponent. Bigger than Busta. One time Eminem was filling up 100,000 seat arenas.” – said David Jacoby

Back in 2016, when Eminem dropped “Campaign Speech,” Jalen Rose gave Eminem a shout out: “I’ve heard it multiple times. It’s fire. Bars. He mentions Molly Qerim, and I have people hitting me up thinking that it’s some sort of diss towards me. Eminem is one of the greatest rappers of all time. He’s a fellow Detroiter. We are 100. That’s how we do it.”