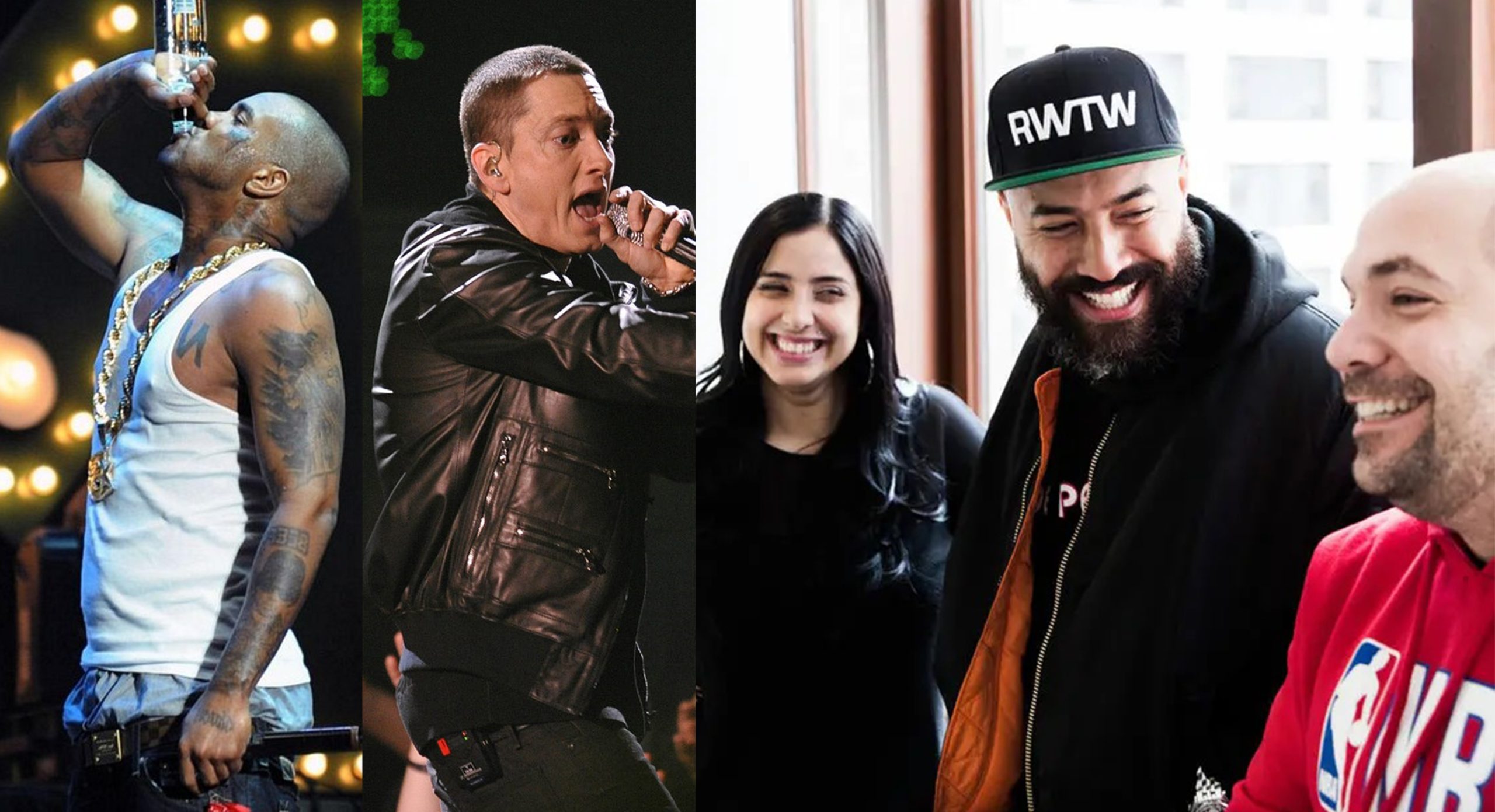 Ebro Darden: If we talking about Verzuz, song for song, hit for hit, I think Eminem bests The Game there. He just got more. If we are talking about rapping skills, Is Game saying he’s better than Eminem in a real rap battle?!

Peter Rosenberg: Let’s say, DJ played an instrumental, and you both went on to get after it, you think you can rap better than Eminem? That’s a very bold statement for anyone to say. Very bold. But catalog? I might argue I like Game’s catalog more than Eminem’s. That’s a fine argument to have a conversation about. Who has better albums or songs you enjoy. I’m a big fan of Game’s music but verse is tough when it comes to battle rap. Eminem is kinda on the highest level. And then when it comes to smashes, they may not be our records we all love on this show but the big smashes…

Ebro Darden: I consider Game a friend in the industry. I like him as a human being. Eminem raps better than you fam. And I love you, but I’m being honest with you. Eminem as a rapper is one of the best to rhyme. Just on patterns and styles alone. He’s got characters, he has got styles, he has got voices and patterns. He is vocabularically very good. But I will tell you what I do love here. I know The Game is about to put out some music. So, Game, I love the roll-out, my guy. Great roll-out. Big promo!