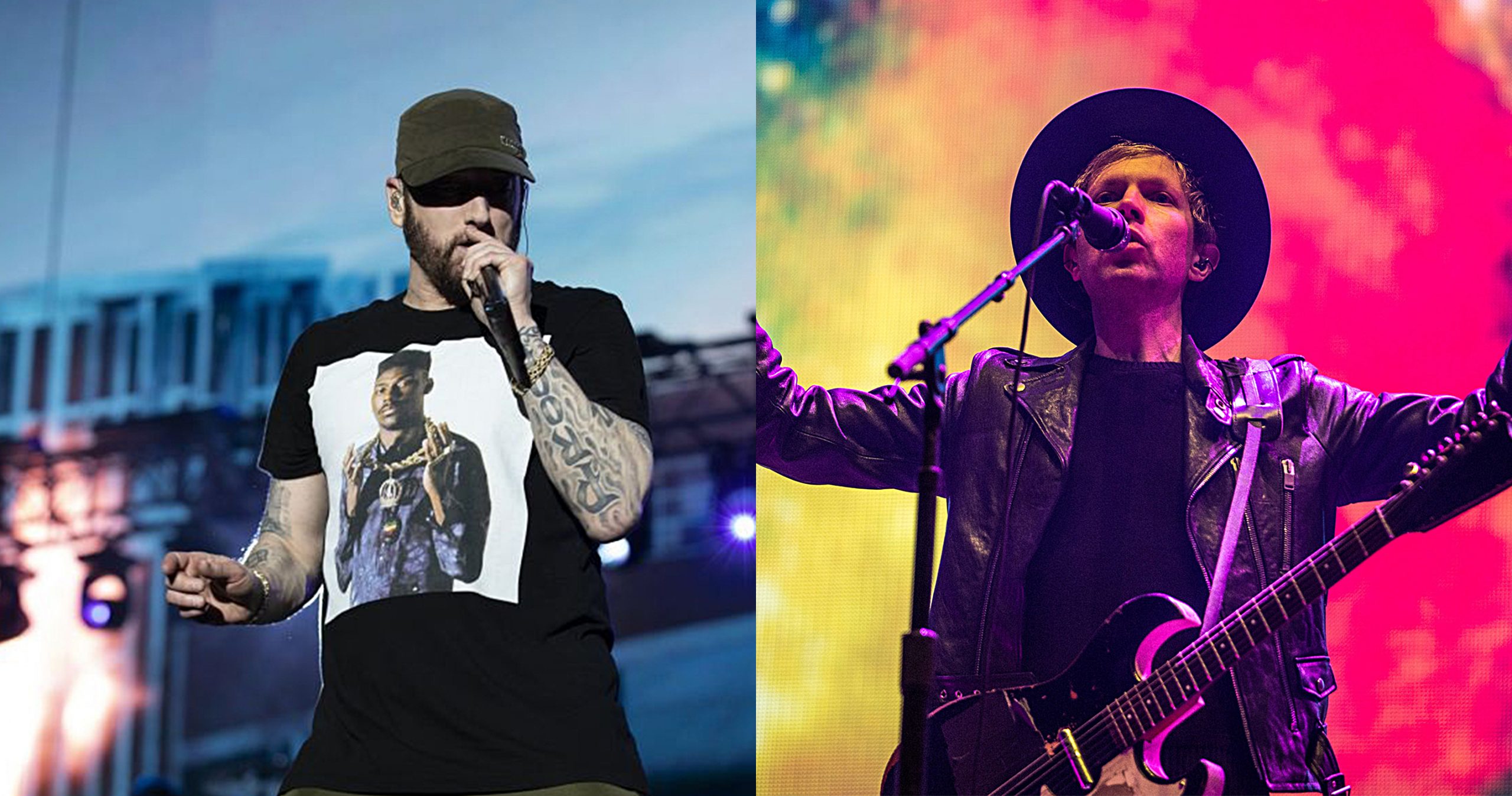 At one point the interview drifted ahead a couple years to the moment when Beck was preparing to release 1999’s Midnite Vultures.

“I went in my first meeting with Jimmy Iovine and I had Midnite Vultures and I was going to play it for him. He said, “Before we do anything, I just signed this kid. It’s going to be massive. It’s going to change everything. We just got the video. They just sent it to us today. Sit down and watch this.” Me and my manager sat down and we’re looking at each other like, “Ah.” So he puts on the record and the video comes on and it’s like, “Hi, my name is.” And it’s this blonde kid rapping. And the song is funny. And then my jaw’s on the floor, because the loop, the sample is a Wurlitzer keyboard, just like on “Where It’s At.” It’s the sample that the Dust Brothers were saving for me to be the follow-up for “Where It’s At.” It’s the exact sample. “I Got The Blues.” Which we were saving for the follow-up to Midnite Vultures. And then Dr. Dre got to it first and he used it for Eminem’s first single.”