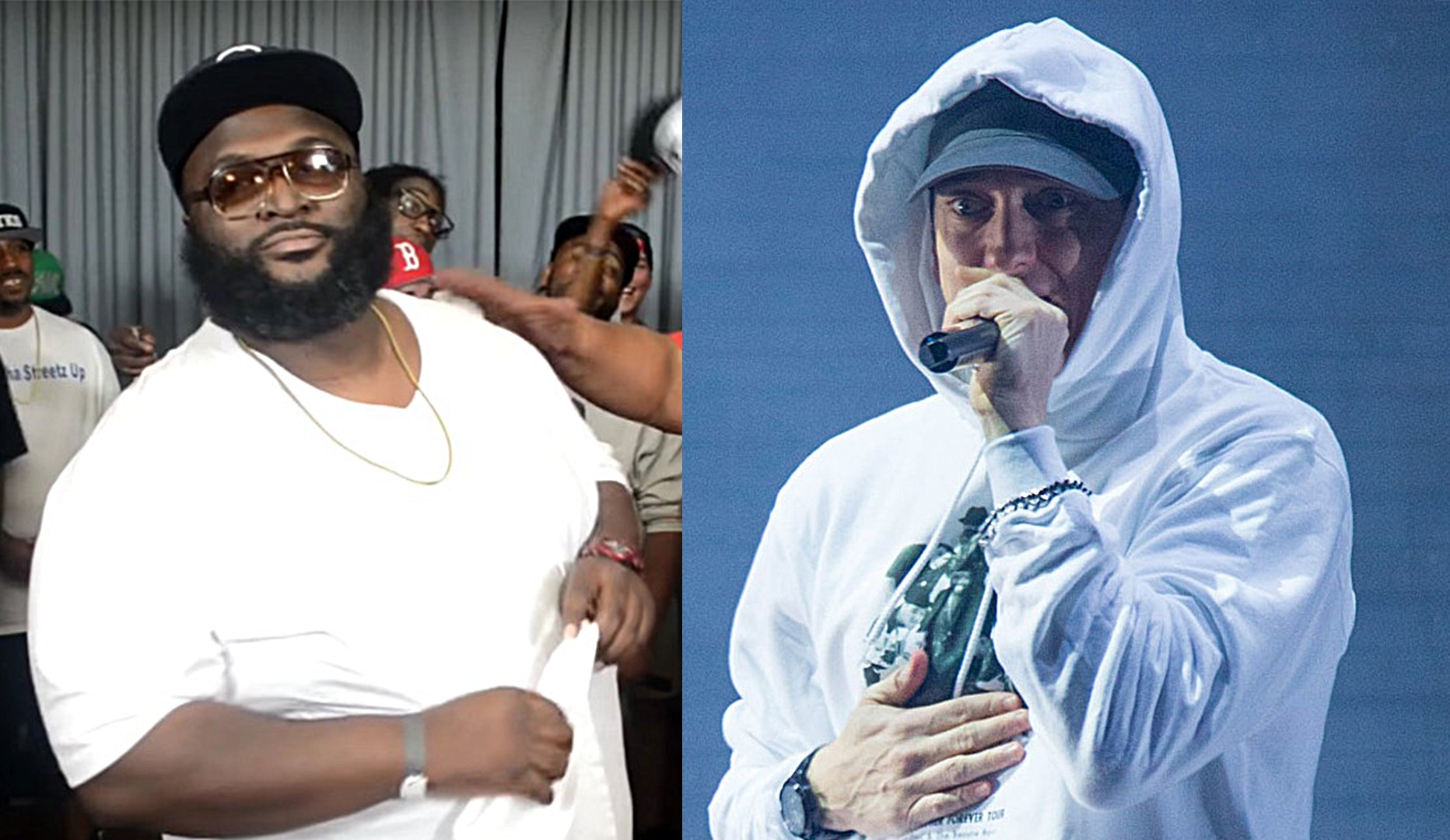 Lyrically deadly member of the Fat Killahz, Marv Won, has recently appeared on Math Hoffa’s My Expert Opinion podcast where he discussed his battle with Eminem while shooting 8 Mile movie. The battle eventually ended up as a bonus battle in the 8 Mile DVD disk.

As soon as Marv Won says “Everybody that was an extra in that movie was a rapper in the city of Detroit,” Quest Mcody interferes who adds: “People who say that Eminem do not do s**t or has not done s**t for the city outside of the philanthropy that is not promoted, I know for a fact that as a teenager I got paid a lot of money per hour to do absolutely nothing but stand around and meet some of the greatest rappers in the world.”

Marv continues: “At that point, we were rowdy. What the director decided, was he was going to do a contest. It was like we gonna pick three people to come up here and pantomime scenes. Eminem was going to rap, and it was going to be some b-roll. I was not going to rap. I was feeling myself. Like naah, I am bigger than this. And then I got a call from my manager. HE was like ‘NI**A, YOU GOING TO DO THAT S**T.’ So I did it. and I was one of the ni**as that made it to the finals.

“So they bring Eminem in, and they like alright, just spit a verse. I went second. It got more of a reaction than he wanted. What people do not know is he was rapping when the beat came on, but the mic was off. His voice was mastered. So the beat dropped, and he is rapping but nobody hears it. And I am trying not to break character, like “for real?” And I’ll never forget, he’s flipping his mic, and he’s like I got something for your fat a**, Marv. And he raps, and I’m like you can’t let me have this moment? like what the f**k?”

“He raps, I beat him [LAUGHS]. Nahh, that is my man. But what I’ll say, is that s**t literally changed my life. Not even on a money standpoint, but the fact that when that DVD dropped, they used that scene to sell DVDs. Up until that point, my mother thought I was f**kng wasting my time. Honestly, I had been all these places but it did not resonate. Until she is looking at Entertainment Tonight and they are playing the scene and she’s like, good luck with your career Marv Won. And this is huge. A kid from the hood to be recognized for that and for them to make decision to use me in that instance I’m forever indebted, nobody can say anything bad about that man to me. That’s my actual man.”

“I was at the party and Eminem was there and he’s shaking everybody’s hand but he did not shake my hand. I’m like, the f**k is this about. And he’s like nah, I wanna rematch. I said you are winning in life man! YOU WON! I’m f**ked up. I have not had my haircut for months!”