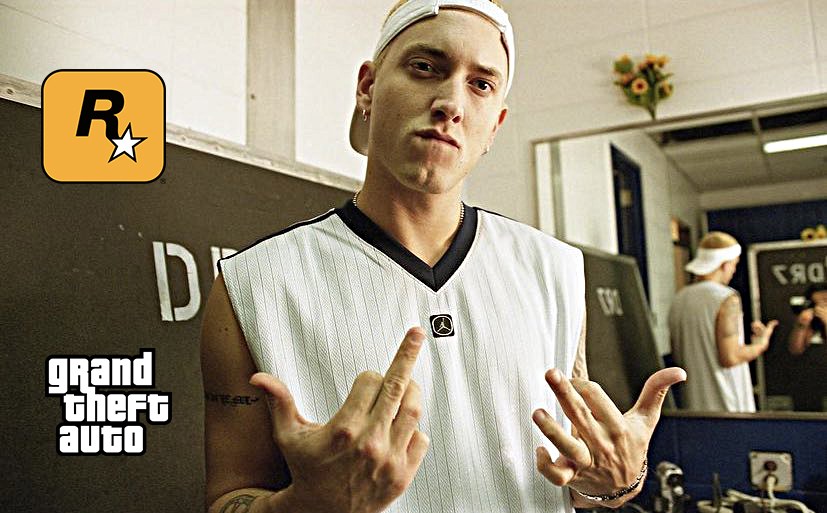 According to Games industry veteran Kirk Ewing, the Rockstar Games turned down the chance to launch a Grand Theft Auto movie starring Eminem, a new BBC podcast claims. Kirk, who is a friend of GTA creators Sam and Dan Houser, says a Hollywood agent came to him with the deal.

Based on the story that he told, the brothers were offered $5 million for rights to a movie starring Slim Shady by Top Gun director Tony Scott. But, Kirk tells on BBC podcast Bugzy Malone’s Grandest Game, co-founder and president of Rockstar Games Sam Houser told the agent they were “not interested.”

Released in 2001 on Playstation 2, the pioneering title laid the groundwork for the rest of the series and the imitators that would follow. In the same year, Marshall Mathers was flying high off the back of his record-breaking The Marshall Mathers LP album, which sold 1.7 million copies in its first week of release. Eminem had also just wrapped shooting on his starring role in 8 Mile – a semi-biographical battle rap movie, based on his early steps of his rap career.

‘Are you interested?’ Kirk tells the podcast he tracked Sam Houser to a hotel, where the two stayed up late to discuss the possibility of making a GTA movie. “I think at that point it was still in Sam’s mind that it might be something that he wanted to do,” Kirk says.

Then Kirk continues: “I was phoned at 4 am by an LA producer with an offer. He said ‘Kirk we have got Eminem to star, and it’s a Tony Scott film – $5 million on the nose. Are you interested?’ And I phoned up Sam and I said ‘Listen to this. They want Eminem in the GTA movie and Tony Scott to direct’. And he said: ‘Not interested’.”

You can listen to the podcast below: