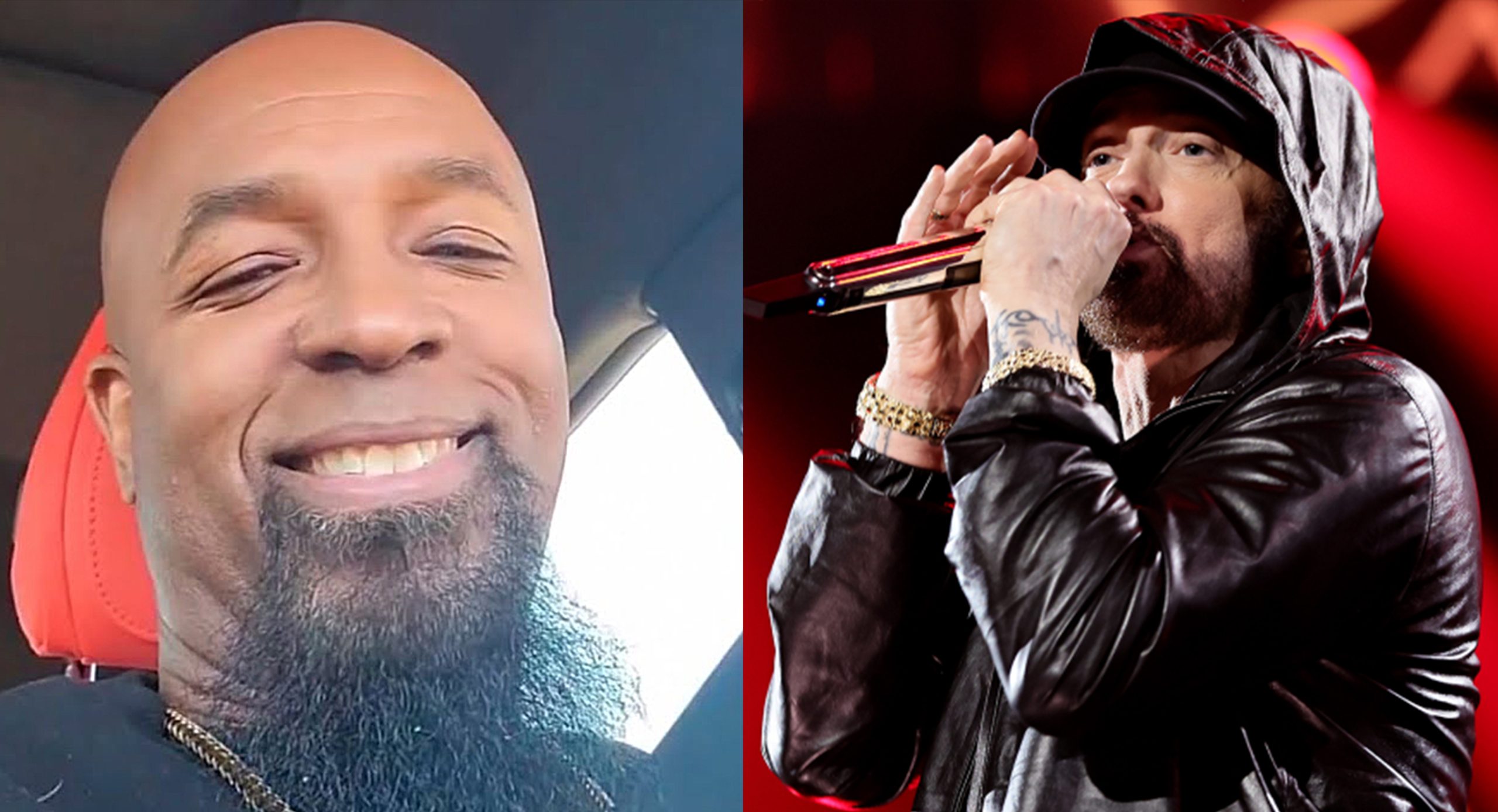 Few days ago, Eminem got inducted into the Rock And Roll Hall Of Fame. Slim Shady gave a nod of respect to a large list of hip-hop idols and influences, both known and obscure, during his induction speech at the Rock Hall ceremony in Los Angeles.

In all, the rap icon took about three-and-a-half minutes to mention more than 100 names after accepting the honor at the 37th annual ceremony held at the Microsoft Theater.

The Detroit legend also performed some of his greatest hits with surprise guests Ed Sheeran and Aerosmith’s Steven Tyler. The setlist included songs like “My Name Is,” “Sing For The Moment,” “Forever,” “Stan,” “Rap God” and “Not Afraid.”

Eminem received congratulating messages from his peers, including Busta Rhymes, Swizz Beatz and Royce 5’9″ among others. Today, Tech N9ne also offered some nice words to the Rap God. Marshall shared a short clip of him performing on the Rock Hall stage on his social media accounts with the caption: “”Now how the f–k did this metamorphosis happen?” Thank you Rock Hall, Dr. Dre.” Under the post, Tech commented: “F__in’ MASSIVE bruh bruh! This was written by YOU! Wrote your way ALL the way up to this moment! [Fire Emojis] So much more to be written. L9ve and respect!” [Smiling emoji]

Check the screenshot the comment by Tech N9ne below: 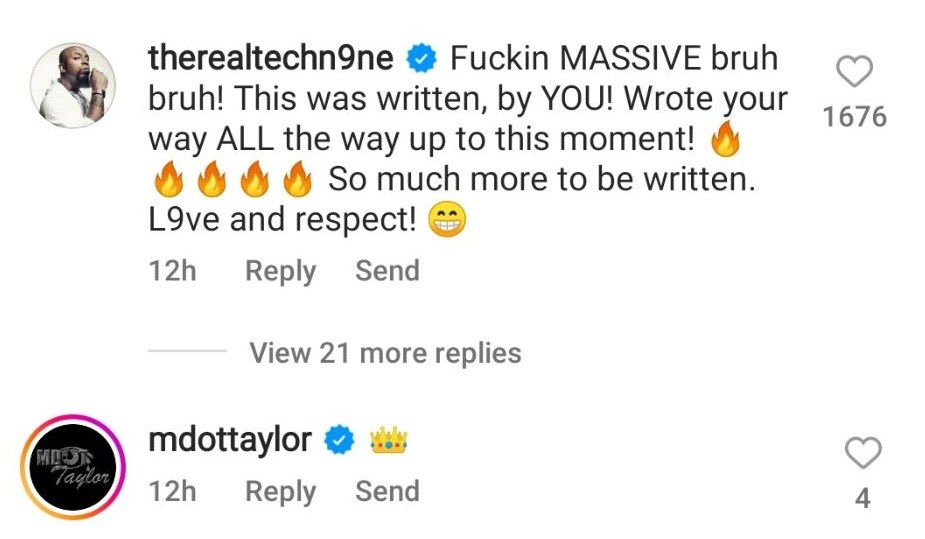