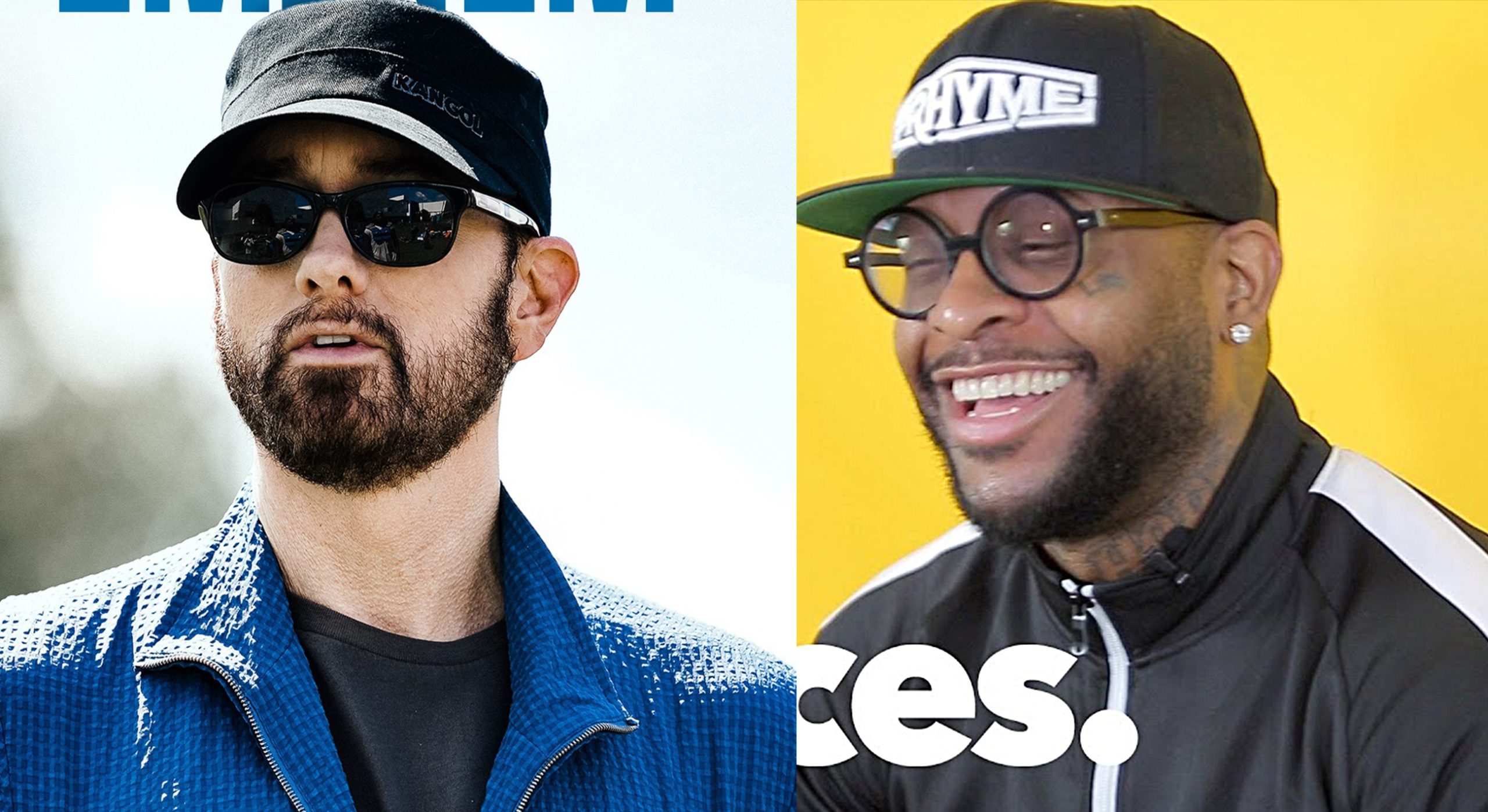 Last night, Eminem was inducted into the Rock & Roll Hall Of Fame by his mentor and long-time friend, a legendary producer, Dr. Dre.

Slim Shady was accompanied by his daughter Hailie and performed some of his greatest hits alongside Denaun Porter and The Alchemist with special guests, including Aerosmith’s Steven Tyler (“Sing For The Moment”) and Ed Sheeran (“Stan”).

While fans have been expecting 50 Cent and Royce 5’9″ to be beside Eminem on this special night, they were both absent. Fifty is currently on his world tour and was performing in Finland on the same night as Rock Hall ceremony. As far as Nickel, he looks heavily involved in Marshall Mathers Foundation. As you might know, Royce is the director of community engagement and social justice initiative, since 2020.

Royce 5’9″ has recently shared a screenshot of the tweet that says: “Royce 5’9″ would murder Eminem in a freestyle battle. I’m not starting nothing. That’s just how I feel.”

Eminem and Royce released “Hell: The Sequel” extended play back in 2011, as a hip-hop duo called Bad Meets Evil. Since then, fans have been waiting for the duo to release another joint project but the two Detroit legends don’t seem to find a time to make fans wishes come true. Even, under Royce’s “freestyle battle” post, Detroit rapper Lazarus commented: “We need “Bad Meets Evil” Part 2.”