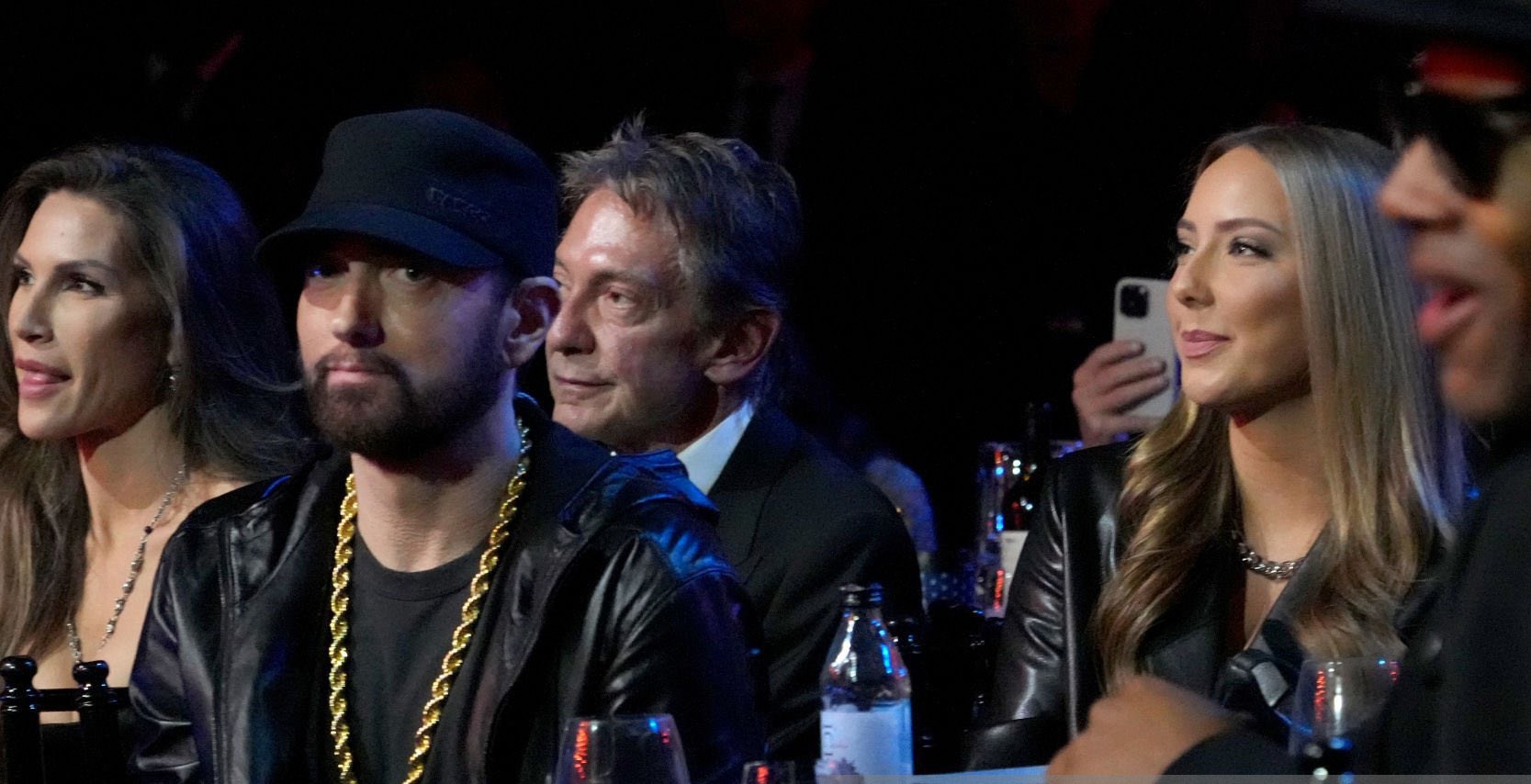 Eminem, notching one of the most triumphant moments of his career, was enshrined during a star-filled ceremony at the Microsoft Theater in Los Angeles. The hip-hop legend became the 20th Detroit artist inducted in the Rock Hall’s 36-year history.

“I realize right now what an honor it is right now for me to be up here tonight, and what a privilege it is to do the music I love — music that basically saved my life,” said Eminem during his acceptance speech.

Eminem was inducted by his mentor and longtime collaborator, legendary producer, Dr. Dre, who saluted him as an against-the-odds-white rapper who went on to become the best-selling artist in hip-hop history.

Eminem’s induction moment included a medley of hit material that included guest appearances from Aerosmith’s Steven Tyler (“Sing for the Moment”) and an acoustic guitar-wielding Ed Sheeran, who supplied Dido’s vocal parts on iconic single “Stan.” At Eminem’s side was his friend, former D12 member and longtime hype man Denaun Porter with The Alchemist behind the boards.

Eminem was also accompanied by his daughter, Hailie Jade. During his acceptance speech, Eminem addressed the 26-year old influencer to ‘plug her ears’ while talking about his drug addiction.

Then he continued: “Secondly, I almost died from an overdose in 2007, which kind of sucked. Hailie, plug your ears: because drugs were f—ing delicious, and I thought we had a good thing going man, but I had to go and f— it all up and take too many. God d–n. OK Hailie.” [Crowd laughed]

“OK, so. Hold on, I lost my motherf—in’ spot. Paul, did I say, I said drugs were delicious, right? And finally, I had to really fight my way through man to try and break through in this music, and I’m so honored and I’m so grateful that I’m even able to be up here doing hip-hip music, man, because I love it so much.” he added.

Check the video below: