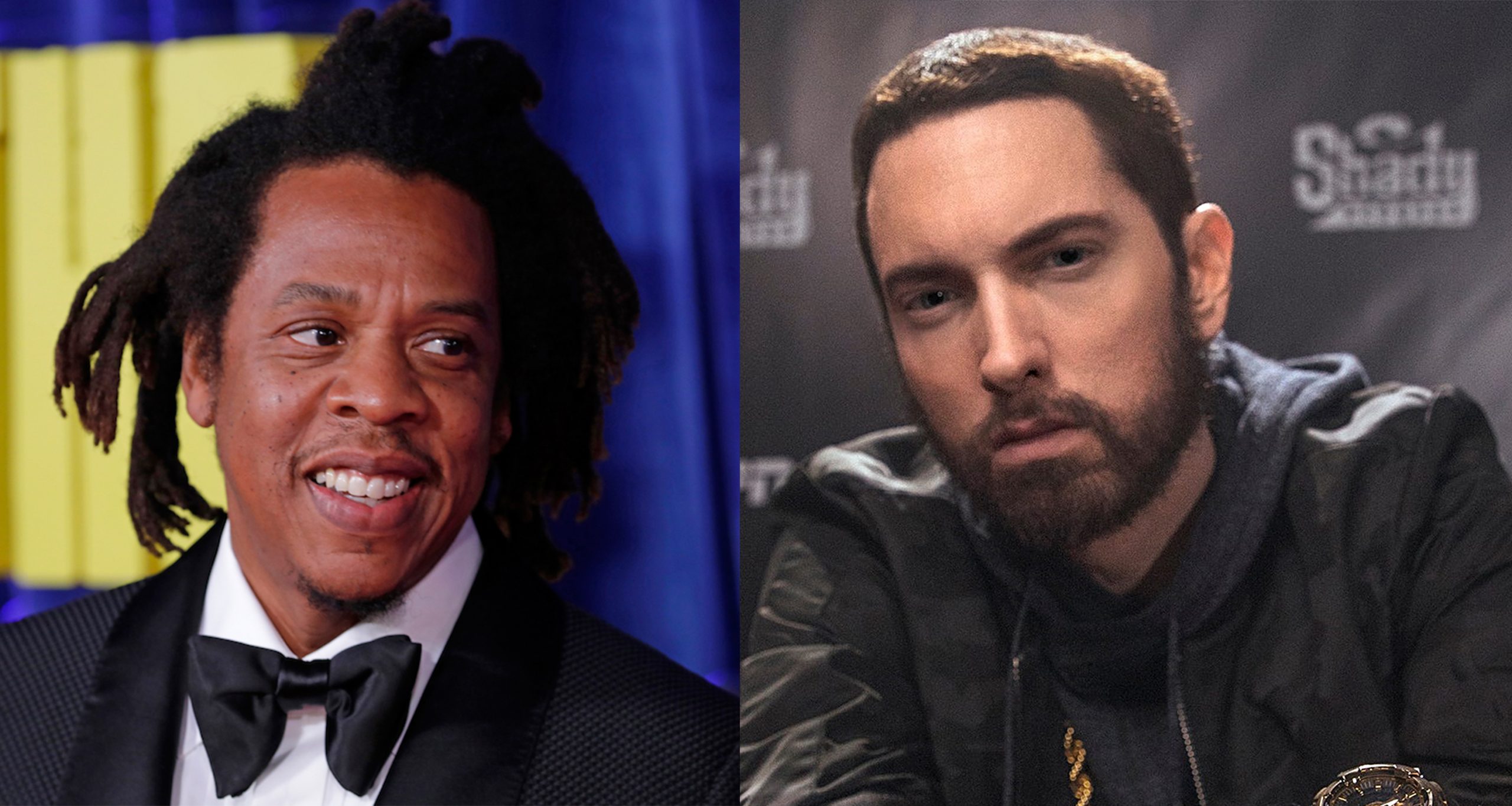 DJ Khaled has just dropped a star-studded album “God Did,” which includes a long-awaited “Use This Gospel” remix by Kanye West and Eminem, produced by Dr. Dre.

The new project also includes a song with the same title as the album, “God Did,” featuring Jay-Z, Lil Wayne, Rick Ross, John Legend and Fridayy.

In the song, Jay-Z gives a little shout out to Eminem with the following lines: “E was down ten for this / We just got his ten back then went back like, “Where the interests is?” / Em light up the O3 / We let y’all do the zazas, OG for the OGs / Some new ni**as out of pocket, talkin’ exotic / You barely been in the Baham— (Haha) that’s another topic.”

This is not the first time Hov is giving Eminem a nod. On a 2003 song “Excuse Me Miss,” with Pharrell Williams, Jay raps: “Got one chef, one maid, all I need is a partner / To play spades with the cards up, ALL TRUST / Who else you gon’ run with? The truth is us / Only dudes movin’ units – Em, Pimp Juice and us.”