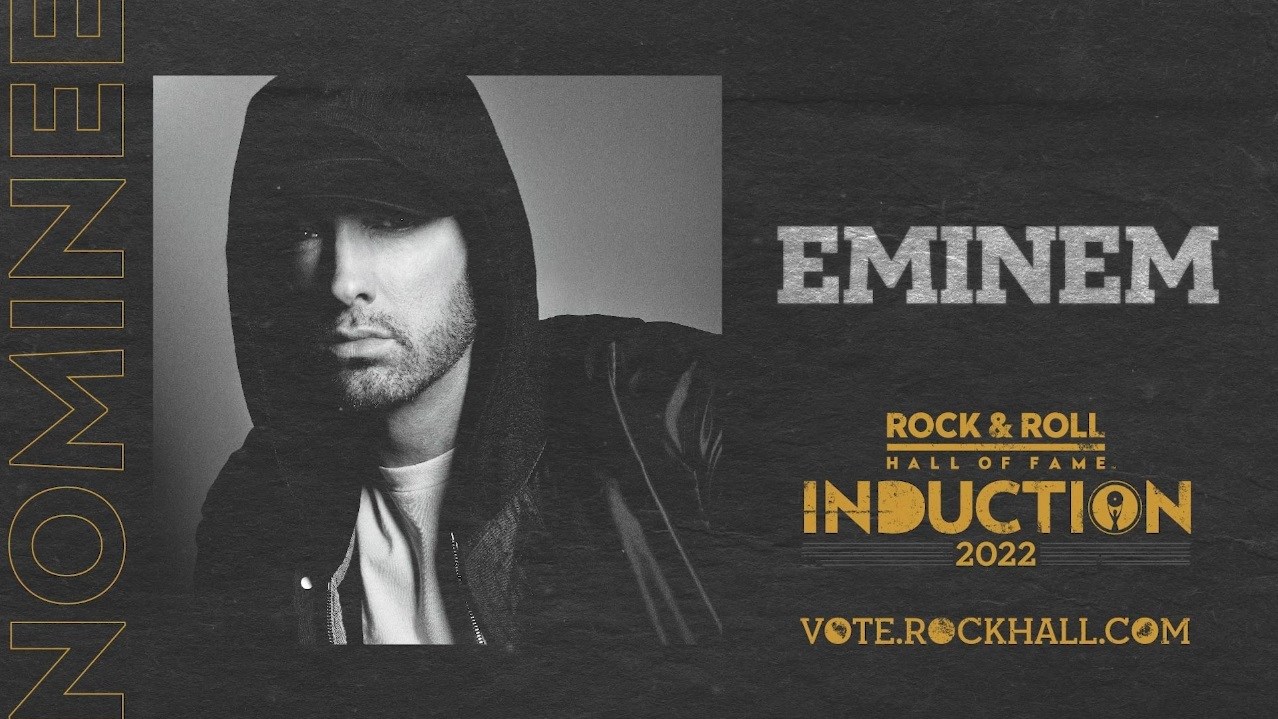 Today, Eminem was nominated for entry into music’s most elite club: Rock & Roll Hall Of Fame. Marshall Mathers is the only one of the 17 contenders to receive a nomination in his first year of eligibility, which is 25 years after a recording’s debut.

When the honorees are revealed in May, if Eminem gets crowned, he will become only the second white hip-hop artist to be inducted into the Rock and Roll Hall of Fame, following the Beastie Boys, who were inducted in 2012.

Slim Shady would be only the seventh rapper to be inducted into the Hall of Fame, with Jay-Z being the most recent rapper.

Eminem — who will be performing alongside Dr. Dre, Snoop Dogg, Kendrick Lamar and Mary J. Blige at the Super Bowl halftime show on February 13 — is probably the only slam dunk to be inducted in a wide range of nominees this year. Other first-time nominees include Beck, Duran Duran, Dolly Parton, Lionel Richie, Carly Simon and A Tribe Called Quest.

Fan voting has started. As the official website says the top five artists, as selected by the public, will comprise a “fans’ ballot” that will be tallied along with the other ballots to choose the 2022 inductees. Fans will need to login to Hall Of Fame website to vote. Voting is capped at one ballot per day.

Currently Pat Benatar is leading the result with more than 8000 votes. Eminem is at 3,700 votes. VOTE EMINEM NOW!

The #RockHall2022 Nominees are up and the Fan Vote is now open. Vote daily at https://t.co/keewGnGnnD pic.twitter.com/zrI7GejV8v