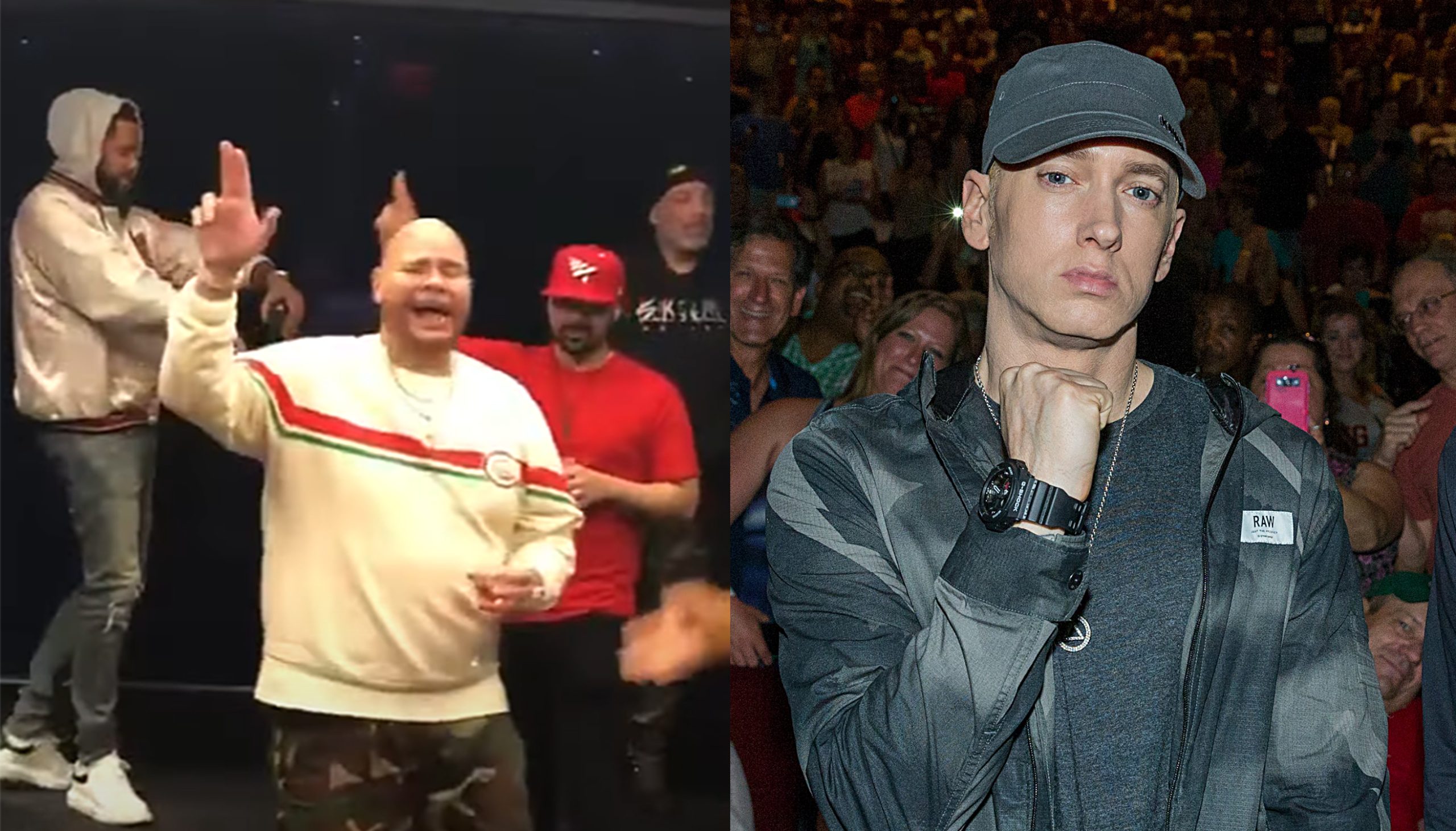 Back in 2019, Fat Joe and Dre from Cool & Dre dropped a joint project Family Ties, which included Eminem and Mary J. Blige as a guest features on a track “Lord Above.”

Teased as “the most disrespectful song on the album,” the artists look upon their careers, acknowledge their rock-bottoms and regrets, and esteem the summits they conquered.

Few weeks before the release of the song, Nick Cannon was a guest on T.I.’s podcast ExpediTIously, where he talked about wanting to prove his manhood to Mariah, in part, by challenging Eminem to a physical fight.

Eminem responded to Nick on “Lord Above” with clever wordplay and punchlines: “I know me and Mariah didn’t end on a high note / But that other dude’s whipped, that pussy got him neutered / Tried to tell him this chick’s a nutjob ‘fore he got his jewels clipped / Almost got my caboose kicked / Fool, quit, you not gon’ do s**t / I let her chop my balls off too ‘fore I lost to you, Nick (eunuch).”

The video of Fat Joe, Cool & Dre and whole other crew reacting to Eminem’s verse has re-surfaced online recently.