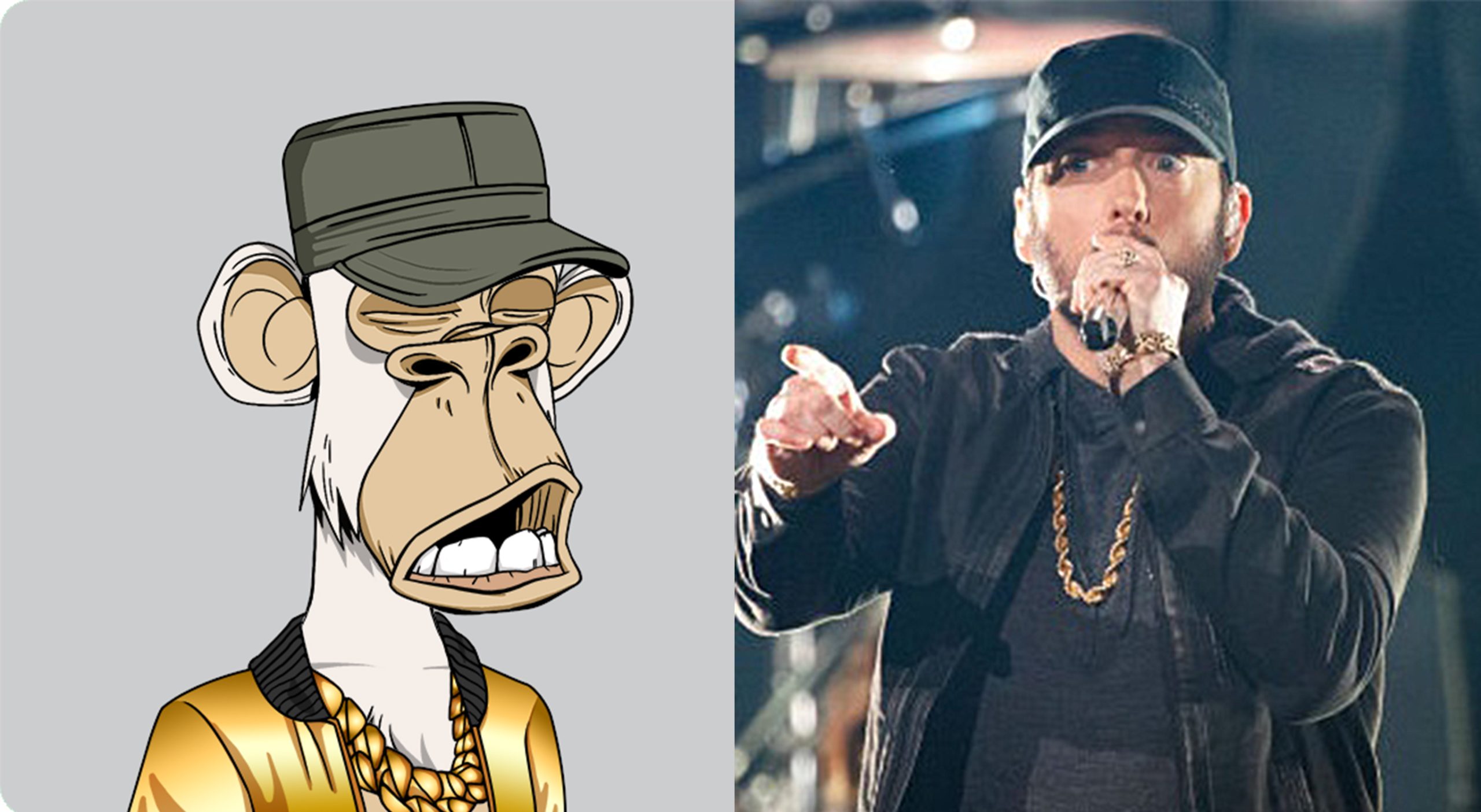 Eminem joins Future, Post Malone, Snoop Dogg, Steph Curry and other A-list celebrities and buys one of the ‘Bored Ape’ NFT with almost half a million dollars.

The Ape is wearing a Kangol hat and golden chain which has become a signature to Eminem in recent years.

Couple of months ago, the owner of the NFT wished one day Eminem would bought his NFT and here we are, his bored ape is on Eminem’s profile picture. Check his tweets below:

I still think @Eminem is destined to buy my @BoredApeYC one day. pic.twitter.com/JuoNdE446Q

I sold @Eminem his @BoredApeYC pic.twitter.com/7MQtx0Fpse

Sounds stupid. Sounds ridiculous. Sounds nerdy or lame or any multitude of words.

But to sell the ape that gets @Eminem into the @BoredApeYC, the ape that he is using to millions of followers on his socials… man, fuck. Crazy.

Been manifesting it for months. It’s surreal.