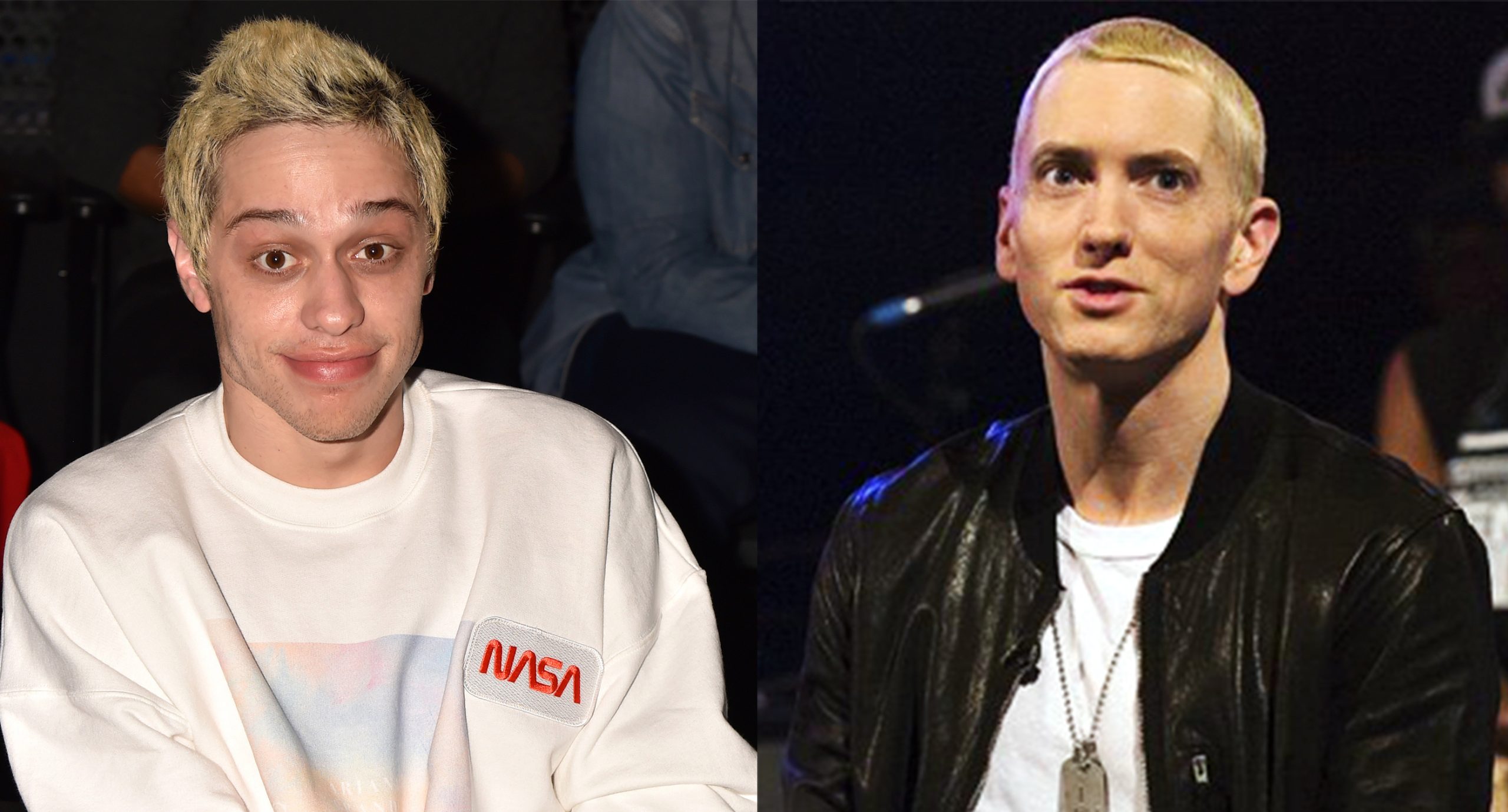 It was a very strange night for Saturday Night Live. The big Christmas episode was set to induct Paul Rudd into the Five Timers Club but a reported COVID-19 outbreak among the cast forced the show to piece together an episode with only two of the current cast, Kenan Thompson and Michael Che.

Shot in black and white, “An Evening With Pete” imagines a sad, washed-up Pete Davidson 33 years in the future. Like a lounge singer working a dingy club decades past his prime, old Pete does a faux Weekend Update with a robot Colin Jost. A bored patron heckles him to “Do Chad!” his most well-known recurring character.

Pete does a Warren Beatty-themed parody of Eminem’s 1999 hit song “My Name Is,” from The Slim Shady LP album while cast member Chloe Fineman asks what exactly type of audience is this for.

Later in the sketch, Pete says he’d like to do a song with his friend, Machine Gun Kelly and brings out chalice with MGK’s dust in it and 1990-2054 written on it.