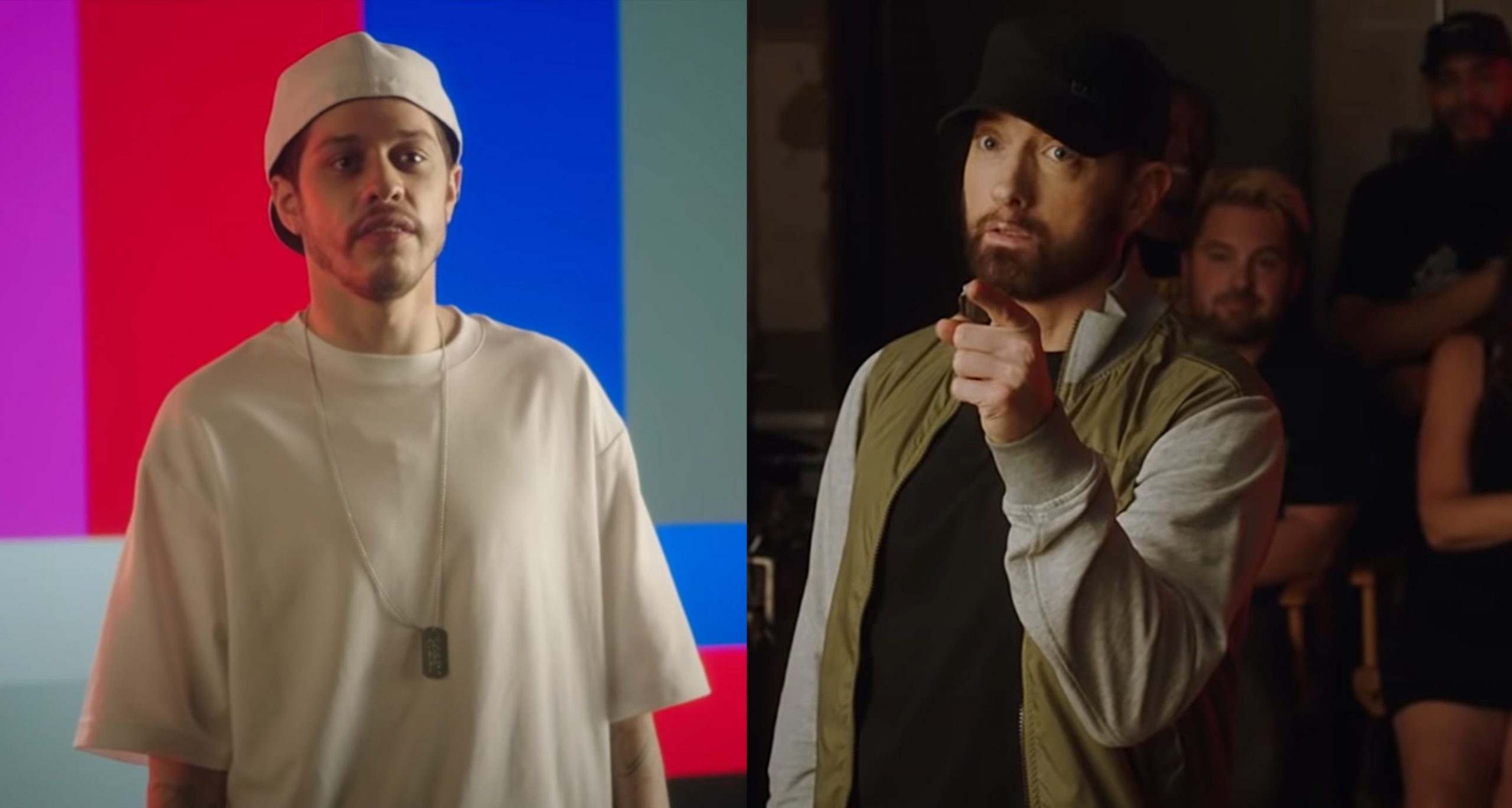 Pete Davidson had one final treat for Saturday Night Live viewers before ending his 7 season run: a rap tribute video to the show’s creator, Lorne Michaels.

The skit, which was apparently cut for time, begins with host Natasha Lyonne informing Davidson that Michaels is depressed because the two never got to make a rap video together.

Using Dr. Dre and Eminem’s hit song “Forgot the Dre,” David proceeds to honor Michaels’ legacy by ratting off his many accomplishments but suddenly, Davidson’s video is cut short when none other than Eminem appears to remind the comedian that this is the third time he has parodied one of his songs (see: “Stu” and “NFTs”). “Pete! What you doing man? Is it another parody? It’s another tribute or something? I would just stop. They all suck. Stop. Just please, stop. It’s really bad.”

Then Davidson attempts to explain he’s merely paying tribute to the rapper, Marshall Mathers shuts him down and warns: “Pete, don’t f**king do it again!”