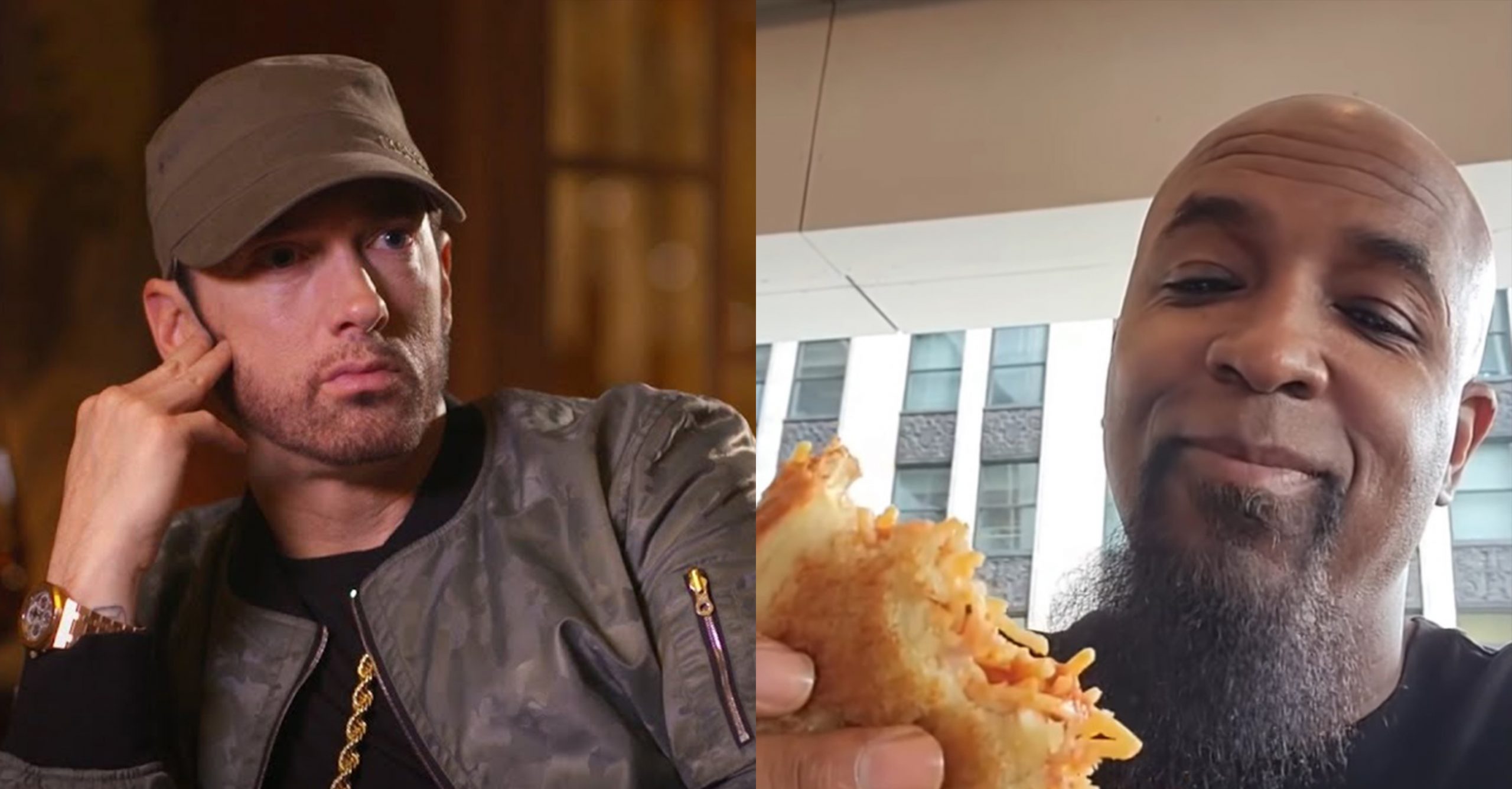 On September 27, 2021 a strange 30-second video clip appeared on Eminem’s YouTube channel: not a music video teaser, or the first few verses of a new rap single, but a quick-moving advertisement. It appeared, Marshall Mathers, the man who brought white working-class angst to the top of the charts, was opening a restaurant.

Two days later, the legendary rapper surprised fans at the grand opening in downtown Detroit, where he served heaping ladlefuls of pasta to a queue of customers that snaked around the block.

Mom’s Spaghetti is named for the famed first verse of “Lose Yourself,” a single written for the movie “8 Mile” that sold more than 10 million copies in the United States and earned Eminem diamond certification, Oscar and Grammy awards.

Inside the restaurant there is Stans’ space called “Trailer” — a merchandise shop above the dining area —  where you can see Eminem-themed pint glasses, T-shirts, sneakers, the Robin costume from the music video for “Without Me,” and much more.

It appears, Tech N9ne visited Detroit couple of days ago and he didn’t miss a chance to visit Eminem’s place in the city. He posted two videos on his Instagram, one which gives the look of the Trailer and the other where he tastes “Mom’s Spaghetti.” In the caption, Tech wrote: “DOPE AF!” while tagging Eminem.

You can watch the videos below: