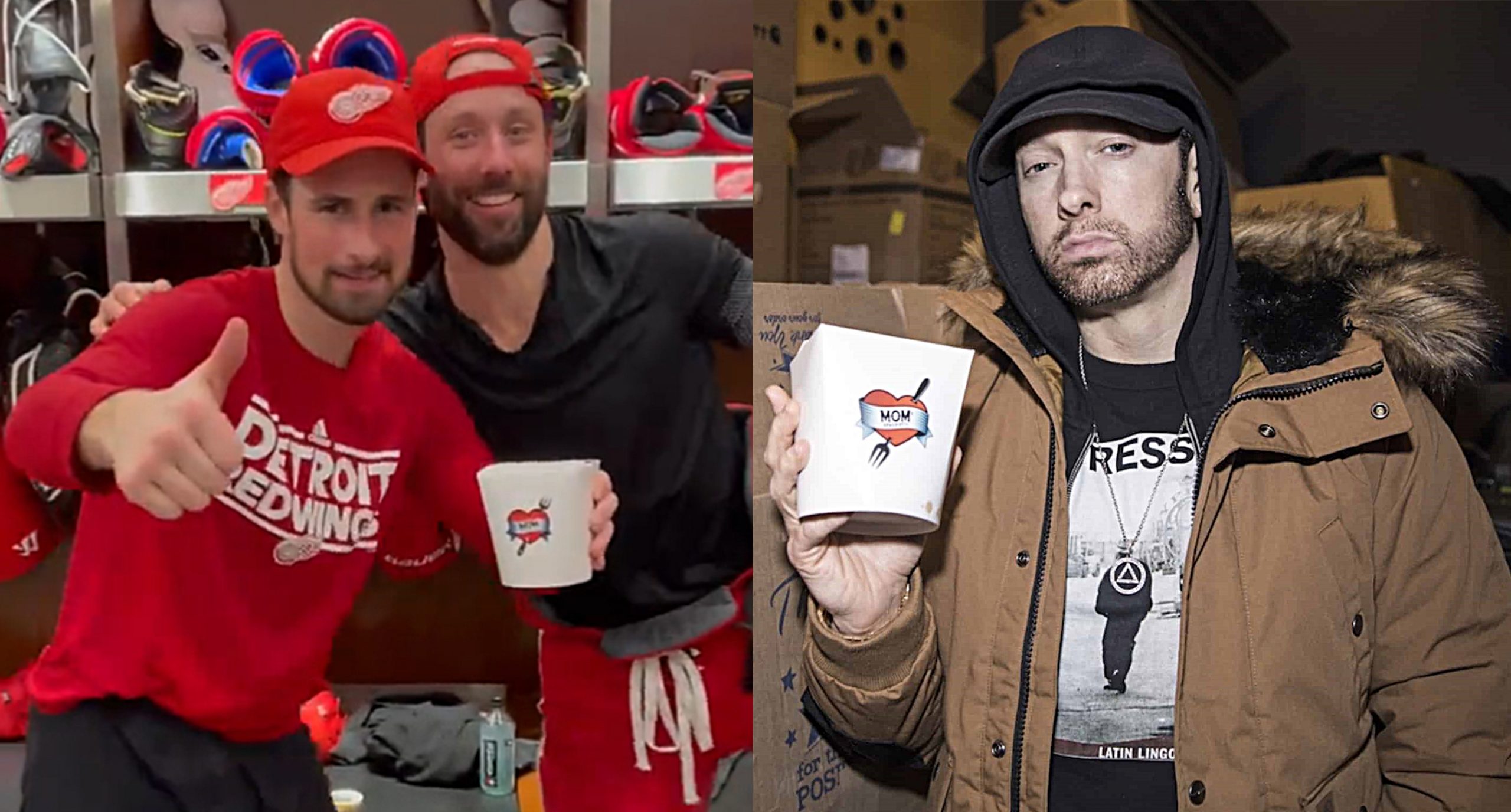 Detroit Red Wings keep winning at a rate probably nobody would ever expected.

The Wings capped off an impressive back-to-back set yesterday, defeating the expansion Seattle Kraken, 4-3 in a shootout and stretching their win streak to a season-high 4 games.

After the game, the players and the staff were served by Eminem’s “Mom’s Spaghetti” meals, from a restaurant that was recently opened by Eminem himself in downtown Detroit.

“Thank you Mom’s Spaghetti for fueling our post-game meal tonight!” wrote one of the staff members on Twitter. The video was retweeted by The Reds official twitter with the caption: “Thanks Mom’s Spaghetti and Eminem!”

In the video, players are thanking Eminem, while Trick Trick and Eminem’s Motor City anthem “Welcome To Detroit” playing background in the locker room.

Check the posts below: