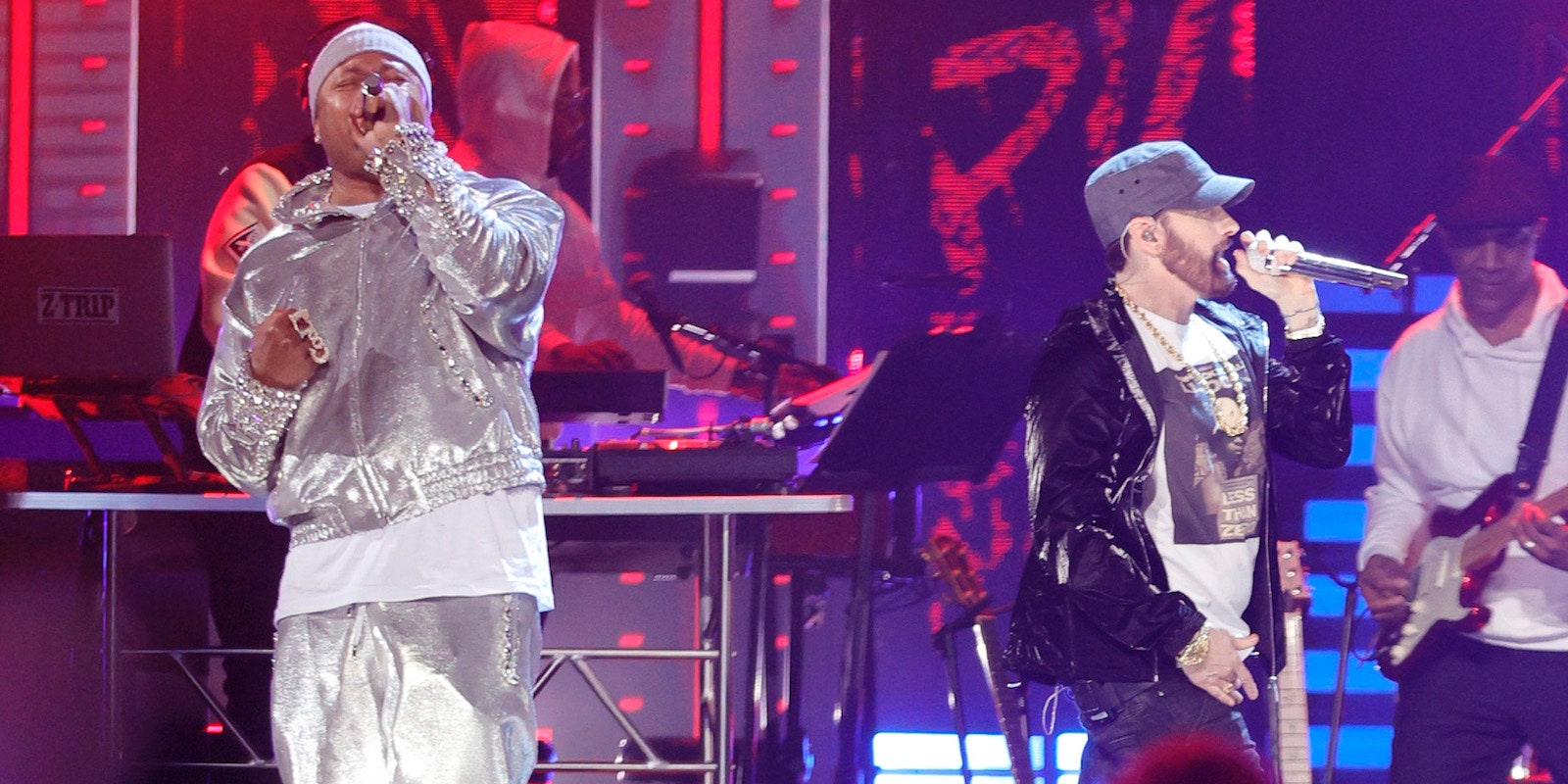 October with the return of an in-person Rock and Roll Hall of Fame induction ceremony, Cleveland was beautiful back in October. And today it is finally finally available to be viewed by the worldwide masses via HBO Max.

One of the biggest highlights of the night was when LL Cool J started performing “Rock The Bells” and Eminem hit the stage to rap along his idol.

You can enjoy the performance below: