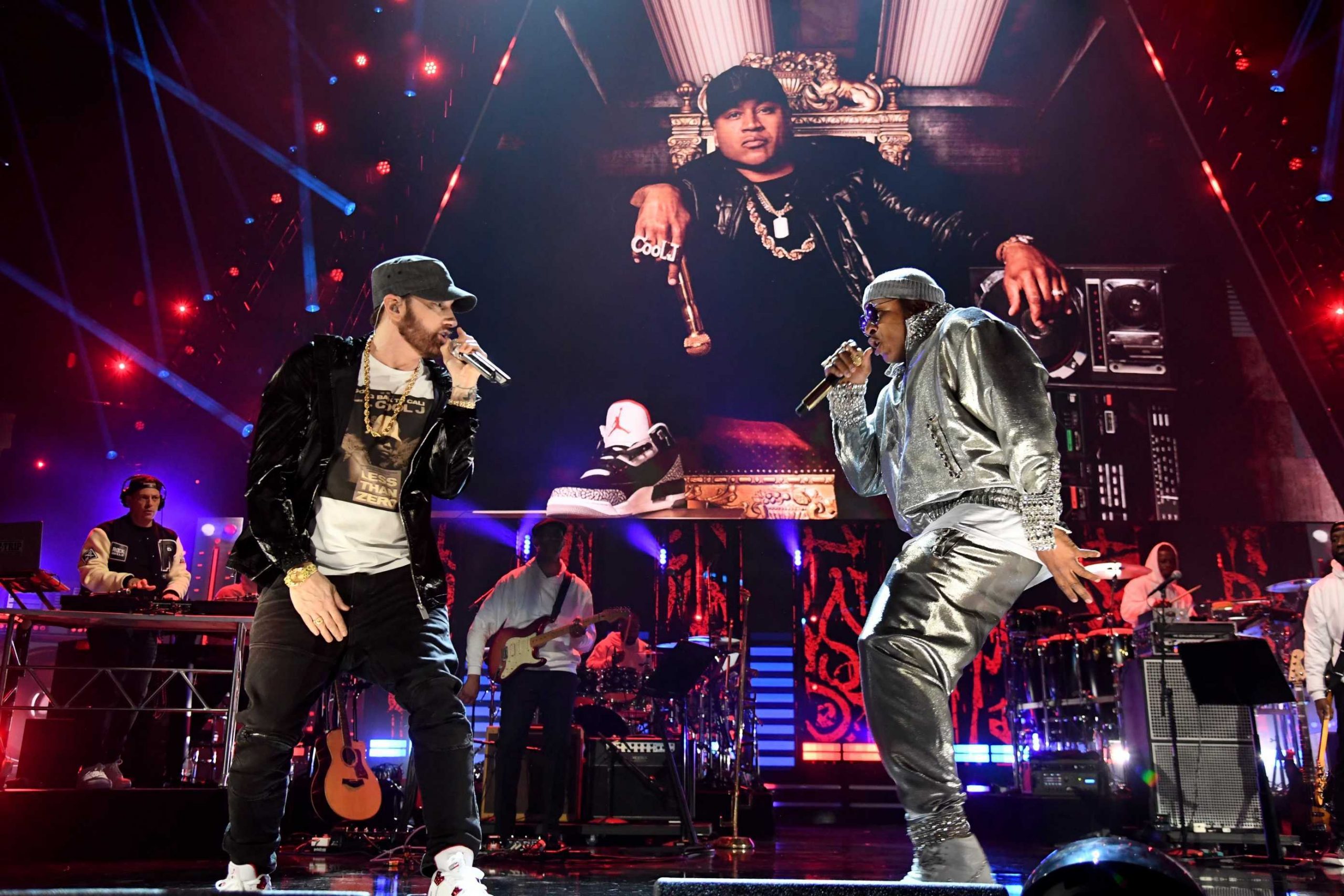 Couple of days ago, LL Cool J was inducted into the Rock and Roll Hall of Fame, and the legendary rapper did not leave without bringing his friends onstage.

Dr. Dre inducted LL Cool J with lots of praise and playful jokes during his speech.

The hip-hop pioneer performed lots of his iconic hits for one of the luckiest crowds, including “Going Back to Cali.” To perform another hit song “Rock the Bells,” LL surprised fans by introducing another legendary rapper Eminem, who swapped verses with him on the track and made it look like they were battling each other.

He then continued with the surprise guests by bringing out Jenny from the Block, Jennifer Lopez, to perform their number-one song, “All I Have.”

Eminem has always recognized LL as his biggest influence in the hip-hop world and today he sent a fanboy note to him on social media: “16 years old Marshall is so proud- congrats L!”

Under the Instagram post, LL replied: “Eminem,Thank You for joining me during this special moment!!!! Love you bro!!”