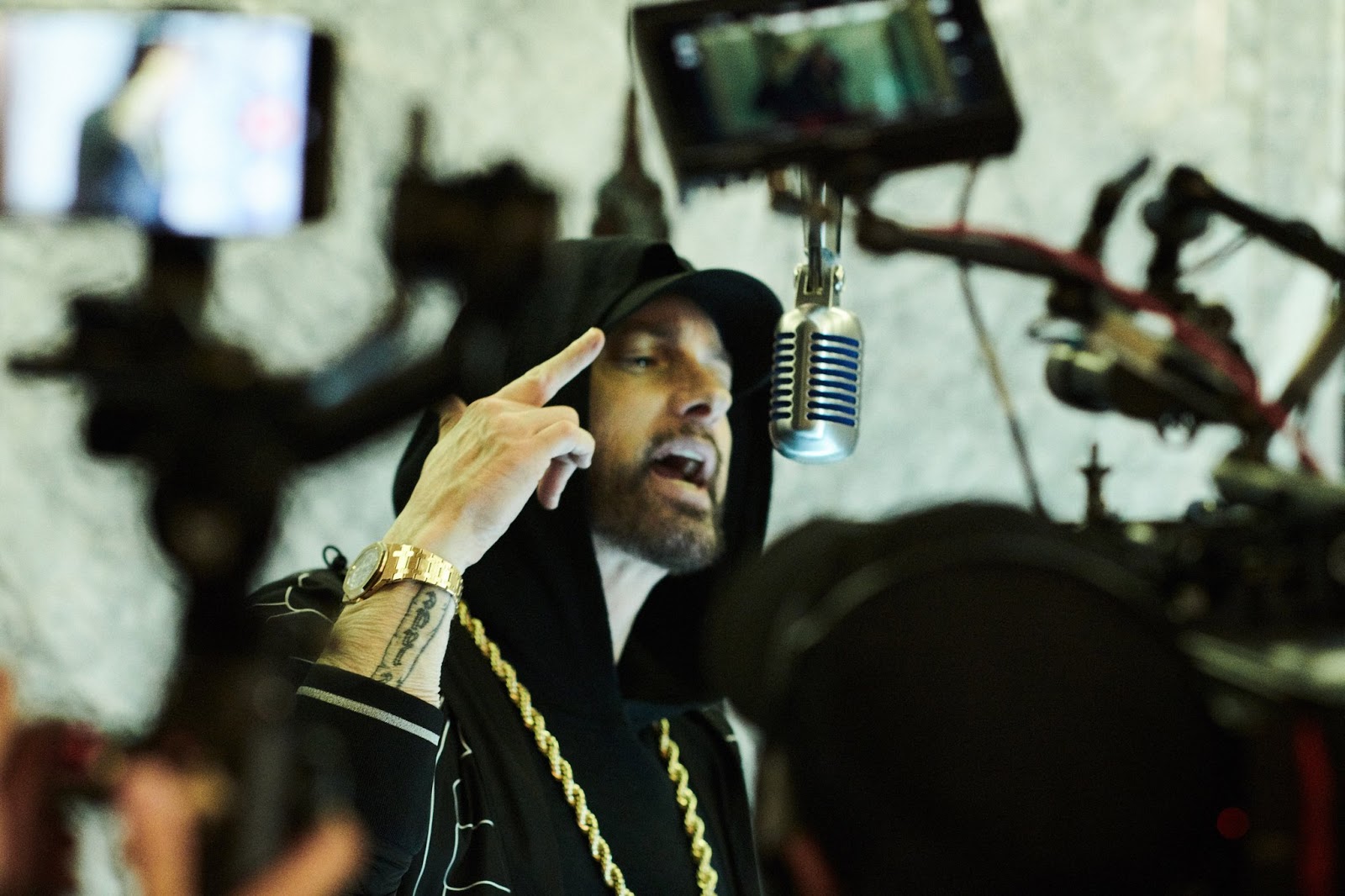 In the last decade (since 2011), Eminem was featured in 38 songs but we did our best to choose 10 of the best Eminem guest verses. Check out the list below and tell us your opinions in the comment sections of our social media accounts.

Since Eminem and Tech N9ne appeared together on 1999 song “The Anthem,” fans of both camps have wanted to see these two lyrical monsters to collaborate and it finally happened in 2015. In an interview with Sway, Tech described the song as a “puzzle” and revealed that Eminem didn’t ask money for the feature. Em asked for a verse in exchange. Later, that verse appeared on Shady Records soundtracks album for Southpaw movie, a track called “Beast” which also featured Busta Rhymes and Kxng Crooked.

“Homicide” is the third single released from Logic’s 2019 album, titled Confessions of a Dangerous Mind. The track exhibits Logic and Eminem’s rapid-fire flows. The title seems to assert that they are lyrically murdering their detractors and non-lyrical rappers.

“BANG” marks the first official collaboration between Eminem and Griselda’s heavyweight Conway the Machine. The track has an aggressive tone and two emcees are trading verse over hadcore banger produced by Beat Butcha and Daringer. In a song, Eminem asks his followers to compare him to one of the greats: “Compare me to Nas, Biggie, or Pac / Do not compare me to that Iggy b***h / Or all this f**kin’ Milli Vanilli hip-hop.” There is also the original version of the song in the internet where Eminem namedrops even more people but it was never released officially.

If we don’t count “Topless”, this is also the first ever collaboration between these legendary rappers. The track serves as the sequel to Nas’ February 2021 track, which also features producer Hit-Boy, who co-produced this song as well. In a song, Eminem shouts out some of the hip-hop’s greats with unmatchable flow: “I just pray for the day when I’m able to say that I’m placed with the greats / And my name’s with the Kane’s and the Wayne’s, and the Jay’s and the Dre’s / And the Ye’s, and the Drake’s and the J Dilla’s, Jada’s, Cool J’s / And the Ra’s and amazin’ as Nas is, and praise to the Gods of this / Shout to the golden age of Hip-Hop and the name of this song is EPMD.”

“Caterpillar” is one of many fantastic collaborations between Bad and Evil. In an interview with HotNewHipHop, Royce describes the track: “The basic theme of the song is, ‘Don’t disrespect the caterpillar to praise the butterfly.‘ Marshall falls a little bit more into that category than I do, but both of us are caterpillars. A lot of times, you will praise these guys but gotta tear us down…But where do you think his style came from?”

Few months ago, Grip joined Eminem’s Shady Records and soon after dropped his debut album I Died For This!? which includes a track “Walkthrough!” featuring his boss, Eminem. “I made that song with Em in mind. And when I played him the album, I just remember him saying that hook is nuts.” said Grip in an interview with Complex. Eminem’s verse was so fresh even YouTube reactors were surprised.

In 2015, Yelawolf released his second Shady Records album “Love Story,” with only one feature on it: Eminem. While Yela approaches the instrumental with spiritual tone, Eminem goes into full aggressive mode spitting one of his hardest verses in the past decade.

“Lord Above” is not only one of the best Eminem guest verses but also one of the most entertaining one. Fat Joe described the track as “the most disrespectful song on the album” as Eminem went in for Mariah Carey and Nick Cannon, which was followed by THREE unanswered disstracks from Nick. It was fun until it lasted. Cannon lots…AGAIN.

“Calm Down” marks fourth collaboration between these two lyrical emcees after “I’ll Hurt You,” “Touch It (Remix 2.0)” and “Hail Mary.” It’s a bare bones hip-hop, fundamental, boom-bap record. It’s samples, hard kicks, hard snares and a whole lot of f**king bars of rapping with both metaphors and punchlines. It’s a friendly reminder to today’s generation of what this whole thing is based on.” said Busta in in interview with Rolling Stone. He also revealed that he wanted 16 bars from Eminem but Eminem sent him 42, making him to rewrite the verse to 44 bars. Then Eminem sent again with 48 bars and this is how the song came out with over 60 bars each.

This is the song for Dr. Dre’s 2015 Compton album which arrived in the last minute! In an interview with MTV, Anderson .Paak said: “The verses he sent? Em is just incredible. I can’t even explain. He gave us a plethora of stuff to choose from and then he went back and forth. And then we finally went with the verse that you hear.” Even though the song was well received musically, it caused a stir of controversy for Eminem’s rape lyrics: “I even make the b***hes I rape c*m. I’m waitin’ on someone to say something.” When speaking to The Guardian, Karen Ingala Smith, chief executive of the London-based charity Nia Project, which supports women and girls who have experienced men’s violence, said: “Eminem had parroted a line designed to disempower victims of sexual violence.” But it goes down as the best guest verse of the decade by Eminem in our list.