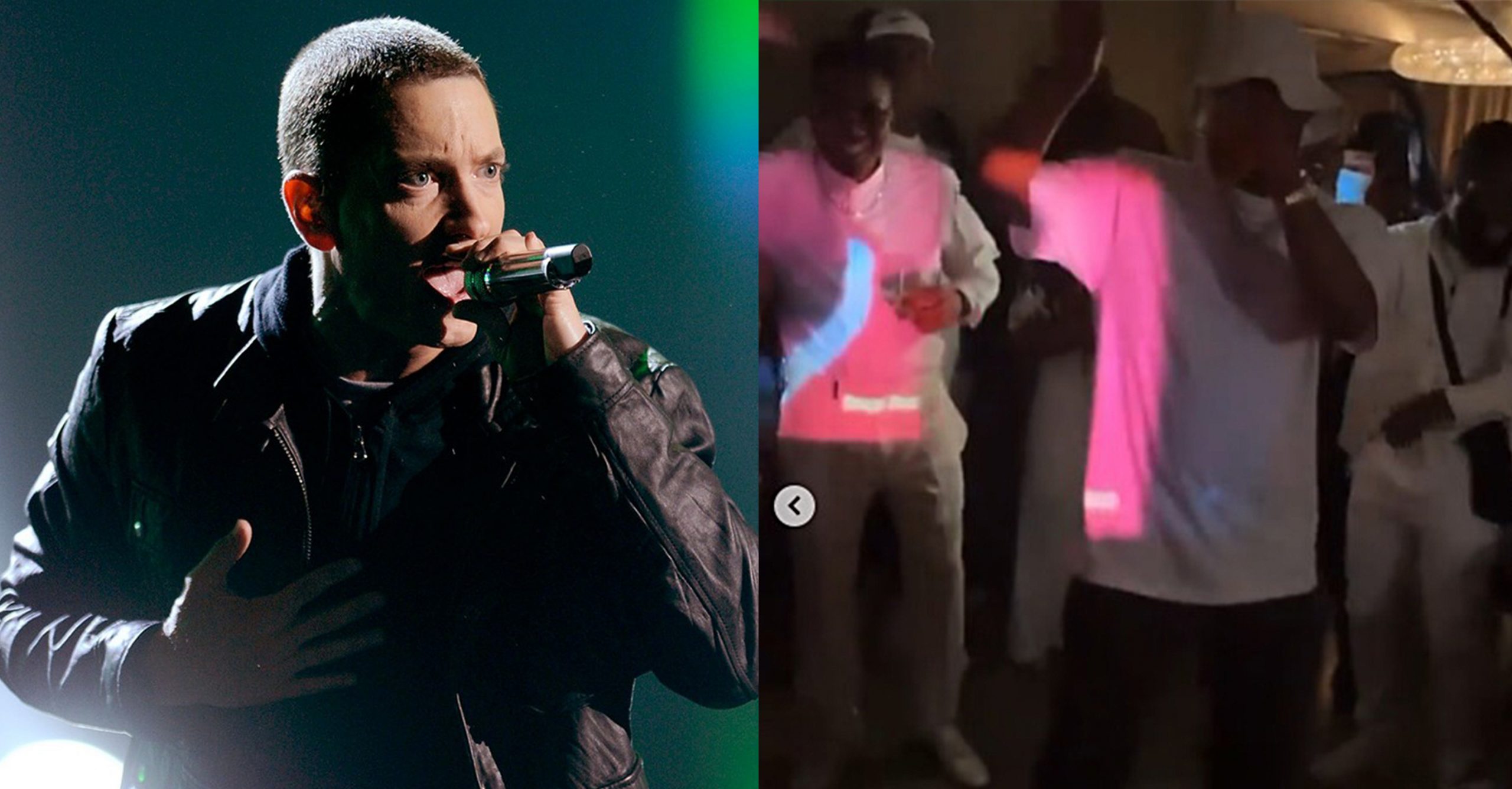 Before the legendary rapper dropped the album, Nas had an album release listening party where he played every song from the album for selected crew.

Thanks to @BookOfShady on Twitter, we have a part of the video where the crew are listening to Eminem’s verse on “EPMD 2” track.