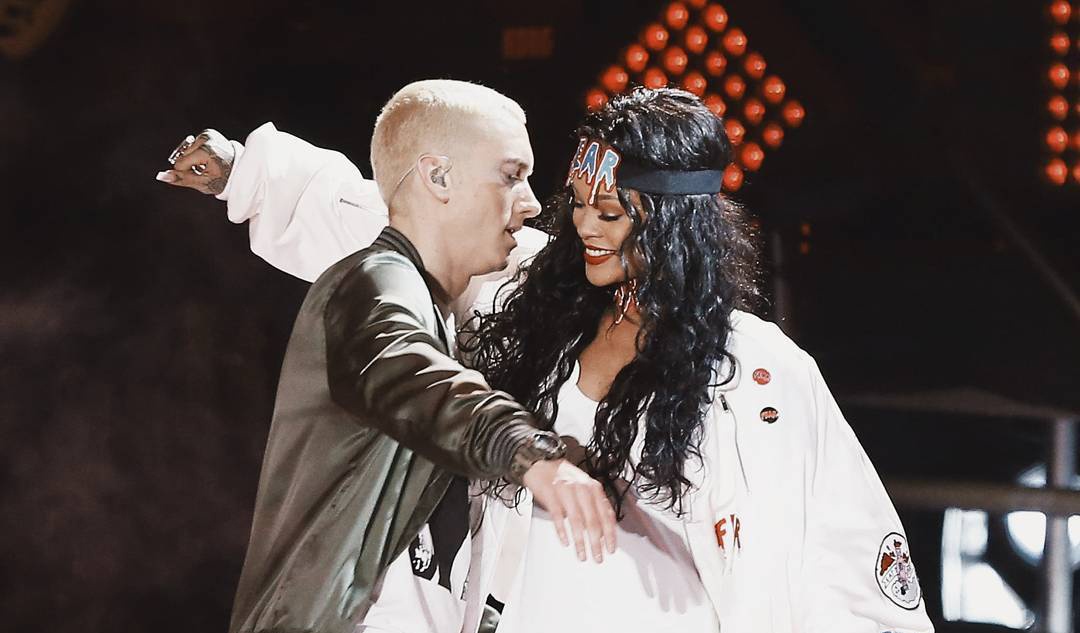 Eminem has released a Side B deluxe edition of his most recent LP Music to Be Murdered By with a new collection of 16 songs, featuring Dr. Dre, Ty Dolla $ign, DJ Premier, an Skylar Gray among others.

On the track called “Zeus,” which features White Gold, Eminem offers an apology to Rihanna. He references a decade-old song “Things Get Worse,” featuring B.O.B, where Eminem raps:

He grabbed his encyclopedia off of the top of his f**king CD rack
Hit her with that then he threw her into the TV ah
I’m not playing Rihanna, where’d you get the VD at
Motherf**k the media
I’m reading ya something strictly from me to ya
Straight off the paper and this one’s a freebie Jack
Let me add my two cents
Of course I side with Chris Brown
I’d beat a b**ch down, too
If she gave my d**k an itch, now
It’s just ridiculous how
Much this kind of sit-ow-uation can make her stink
How much gangster s**t can he dish out

But, me, long as I re-promise to be honest
And wholeheartedly, apologies, Rihanna
For that song that leaked, I’m sorry, Ri
It wasn’t meant to cause you grief
Regardless, it was wrong of me..