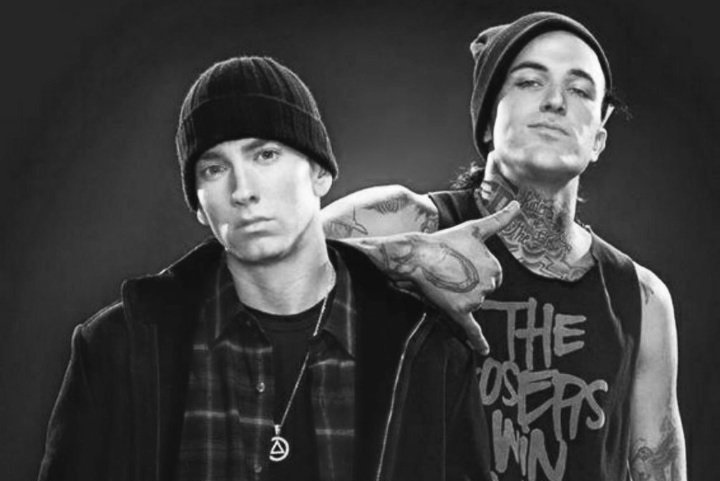 Riff Raff and Yelawolf has recently set down for the live session where the two answered questions from fans. You can check the conversation about Eminem below.

Riff Raff: I’ve never met Eminem. I’ve seen him at concert but he would not even know me. I put on hoodie and just enjoyed the show. I never met him in person.

Yelawolf: Marshall’s hommie. For the six years that I was with Marshall he showed nothing but respect. And my hats off to Marshall because it takes a lot of balls to allow artists like me to do a record like ‘Love Story’ under Shady. So my hats are always off to Shady and Marshall for allowing me to spread my wings and do something creatively that otherwise some other labels might have been scared to do so I got nothing but love for Shady Records. Always.

Riff Raff: Do you have any unreleased song with Eminem? Something in the vault?

Yelawolf: I wish we did. Everything that Marshall and I recorded actually came out. Those sessions were very private. I don’t have a single photo of us working in the studio. For the six years that I was there it was very private. So the memories are just my own. It’s just something that I can pass down as a story to my kids. But I don’t really have any documented photo or footage of those sessions. It’s just a sessions that happened and stories that I can tell.”

Yelawolf: Some of the vibes very super super good because I’m so stubborn. You’d imagine me coming up at the studio, having an ideas and maybe at some point even disagreeing with some of the creative direction and it’s really hard to do to look at Marshall and say ‘I don’t know about this, I have a doubt about this’ and he’s like ‘yo trust me!’ This allowed us to built something special but it took a lot of heart to say what I don’t agree with but I trusted his creative vision.

Yelawolf: There was one record that I really really didn’t believe in but the rest of the crew believed in it so I put it on blast that I was like ‘yo Marshall, if you want me to do this you gotta give me a drive. Intro for this song. So at the beginning of the song ‘Good Girl,’ Marshall gives me a drive.