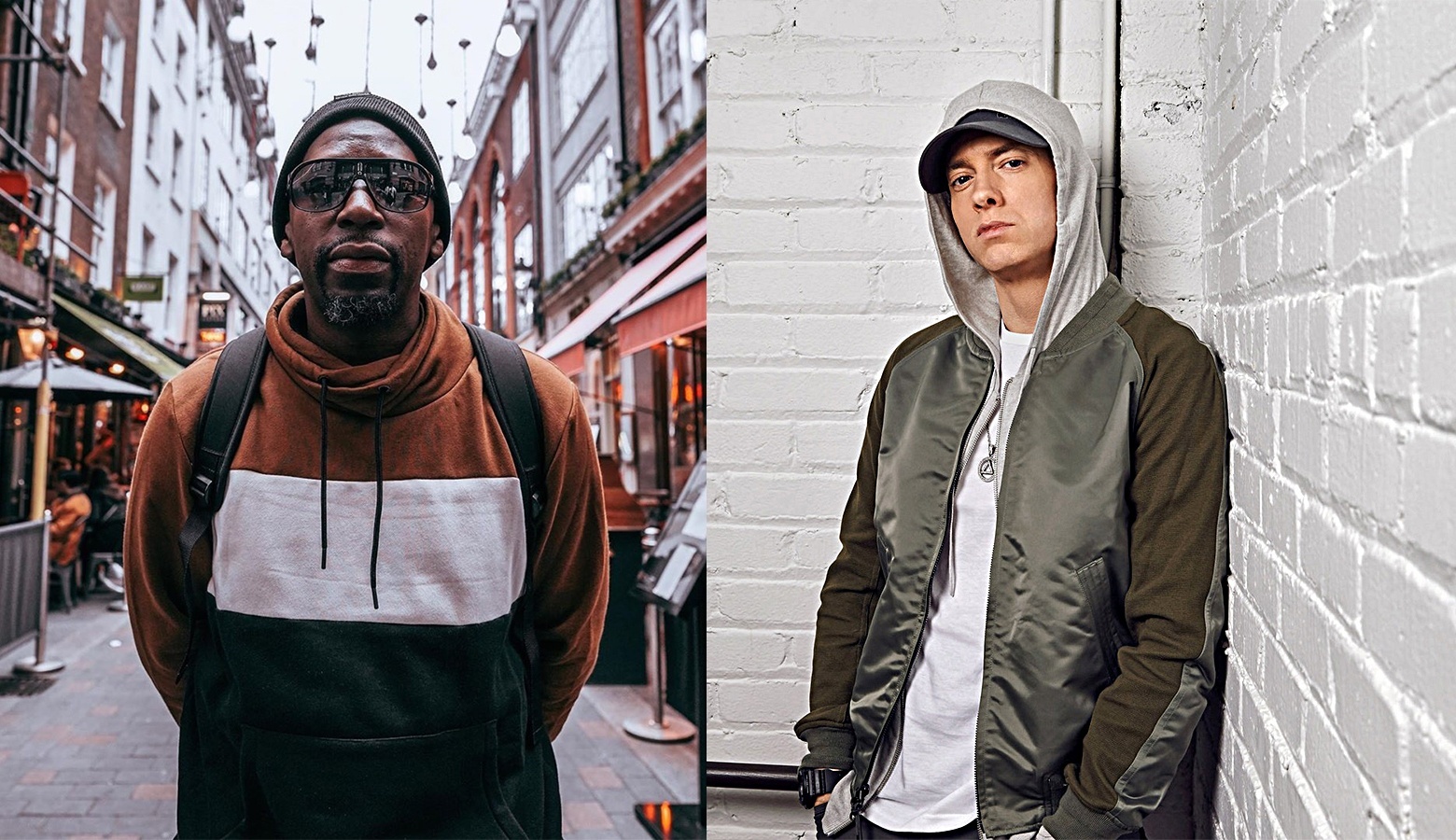 Symbolyc One, who has previously produced Eminem’s “Bad Guy,” “Normal,” “Nice Guy,” Royce Da 5’9″ and Eminem’s “Caterpillar” and 50 Cent and Eminem’s “My Life,” has recently done an interview with Hip-Hop N More to celebrate 10 years anniversary of Kanye West’s classic album My Beautiful Dark Twisted Fantasy. During the interview, Eminem’s name has surfaced:

Interviewer: What other collaborations are you working on now? I remember last time you spoke you had done some work with Eminem and J. Cole. What are you cooking up now?

S1: Actually, quite a bit. I had a Meek Mill song drop yesterday so definitely check that, it is called ‘Pain Away’. I produced it with my guy Epikh Pro, it is featuring Lil Durk. I have definitely been working with J. Cole a lot. I do not know what he is doing as far as releasing, kinda just in the dark with a lot of stuff. I am still sending Eminem stuff. He has been asking for sessions, stems. He is very secretive. Oh, I have been working with Rapsody a lot and we’ve been making some incredible music.

You can read the full interview here.

About a month ago, S1 hinted on something related to Eminem: “One of the dopest rappers was born today. Didn’t realize I had so many songs with Eminem on it. More to come! Should I release some unreleased S1 x Marshall songs today?!?” You can check the post below:

The same day, Illa Da Producer, the man who produced “Killshot,” “The Ringer,” “Lucky You,” “Offended,” “Normal” and “Good Guy,” hinted on something similar related to Eminem: “Happy Gday to the GOAT Eminem. Can’t thank you enough for changing my life! Truly blessed to work with you! We got more hits on the way!” Check out the post below: