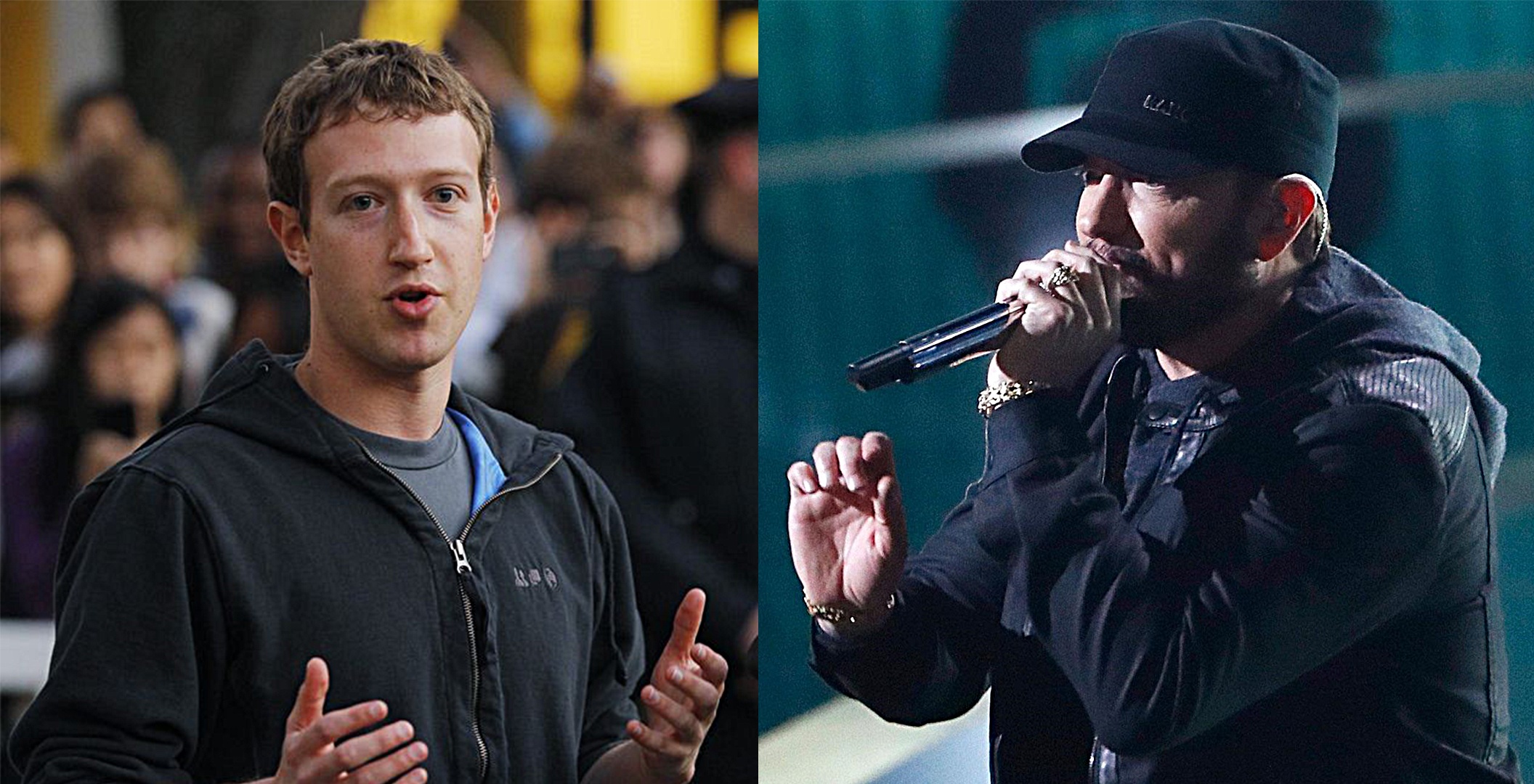 Eminem has destroyed personalities like Donald Trump, Mariah Carey, Ja Rule and Machine Gun Kelly to name a few with his sharp words in his lifetime. Now, as there is no beef between Slim Shady and Facebook’s CEO Mark Zuckerberg, Artificial Intelligence created a Zuckerberg diss track, impersonating Eminem’s diss-flow rapping.

YouTube creators from the channel, Calamity AI recently made an artificial intelligence (AI) model write and compose a diss track about Mark Zuckerberg in Eminem’s voice and his signature flow.

The creators used a GPT-3-powered tool to compose the entire lyrics, which is just an amalgamation of gibberish diss-words that do not really make sense. However, some of the sentences are straight-up shallow roasts and are very funny.

Firstly, the creators set “Mark Zuckerberg diss in the style of Eminem” as an input for the Shortly Read tool. They then used the Google Tactron 2 engine, which can generate human-like speech from texts, to imitate Eminem’s voice for the rap.

Then the creators of Calamity AI sent the audio to another YouTube creator, 30Hz to create a relevant video for the song. And 30Hz did a decent job by creating a legit-looking music video for the Zuckerberg-diss-track. You can check the final output in the video below: