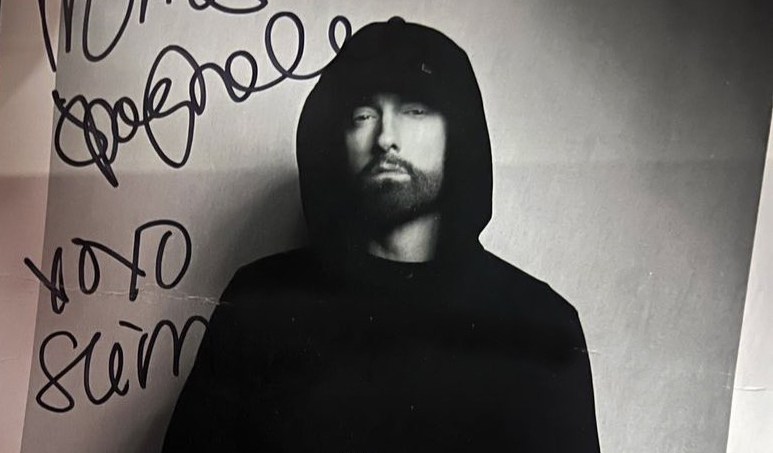 Eminem is celebrating 20 years of 8 Mile movie with a expanded edition of the movie’s soundtrack album, which is dropping tomorrow. The Detroit legend shared the news on social media alongside a montage of cuts from the 2002 rap-centric movie.

Directed by Curtis Hanson and written by Scott Silver, the semi-autobiographical film stars Eminem as Jimmy Smith Jr., an aspiring rapper attempting to launch his career in the underground battle rap scene of Detroit. Portions of the storyline were inspired by Eminem’s own life and the earlier days of his career as an artist.

The original iteration of the album, 8 Mile: Music from and Inspired by the Motion Picture, was released alongside with the film on October 29, 2002. The LP featured legendary rappers like Rakim, JAY-Z, Nas, 50 Cent and Gang Starr. The album debuted at No. 1 on the US Billboard 200, selling more than 700,000 copies in its first week. It sold 510,000 copies in its 2nd week and eventually became the 5th best-selling album in the US of 2002, with sales of 3.4 million copies. The album also featured Oscar and Grammy-winning, diamond certified, Billboard No. 1 and critically acclaimed, and one of the greatest single in hip-hop history: “Lose Yourself.”

Eminem’s deluxe edition of 8 Mile is out for streaming on Friday, October 28. In the meantime, check the tracklist and revisit the original version below: