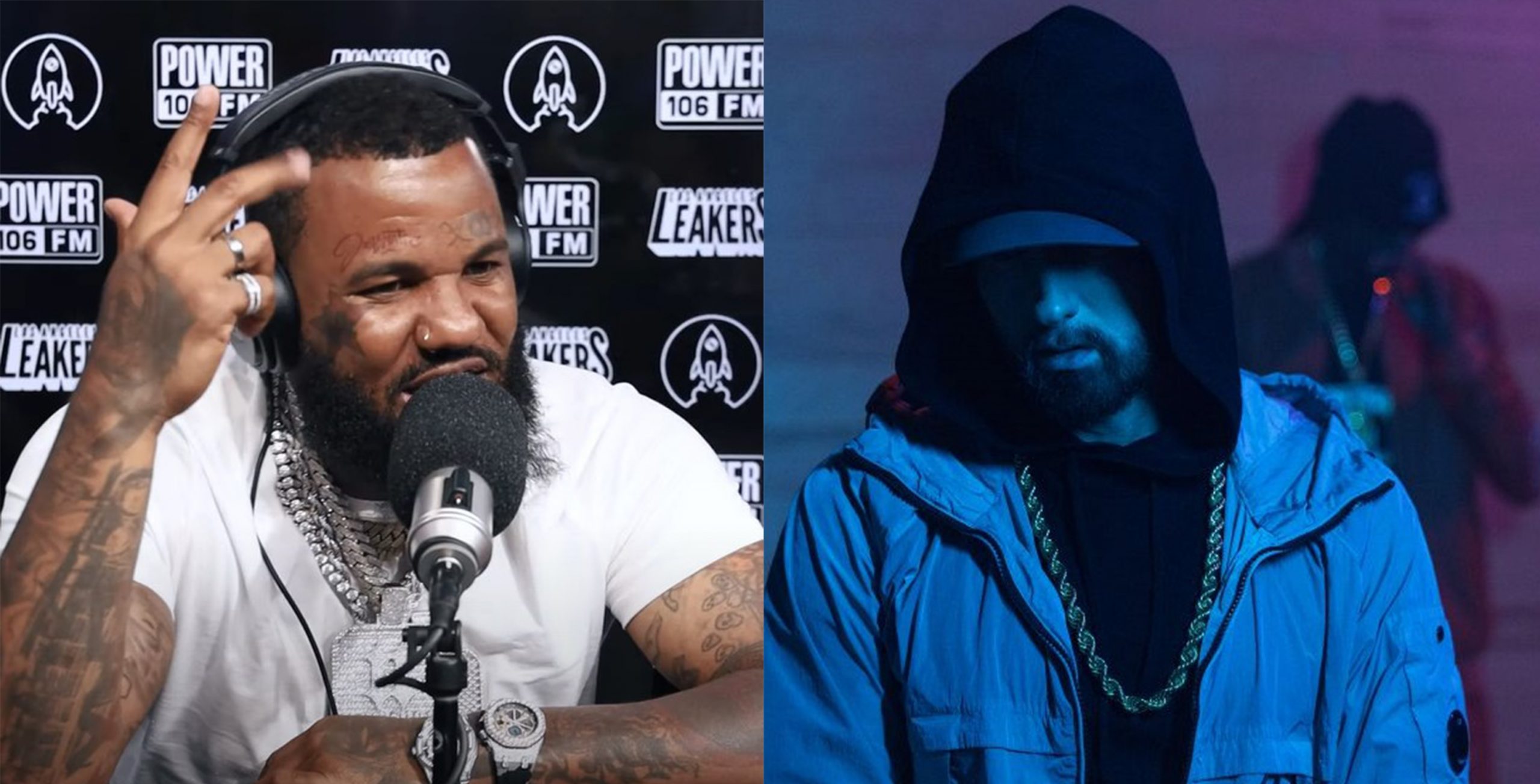 The Game has visited the L.A Leakers studio to drop off a new freestyle, promoting upcoming new album, titled Drillmatic: Heart vs. Mind.

The Compton rapper spits over never-before-heard Hit-Boy beat, seemingly never taking a breath as he delivers hard-hitting punchline one after another.

At the end of his verse, he also gave little shout out to Eminem: “I’m black Slim Shady, I’ve been killin’ ’em lately. Get this ni**as f**k outta here, man.”

You can watch the freestyle below: