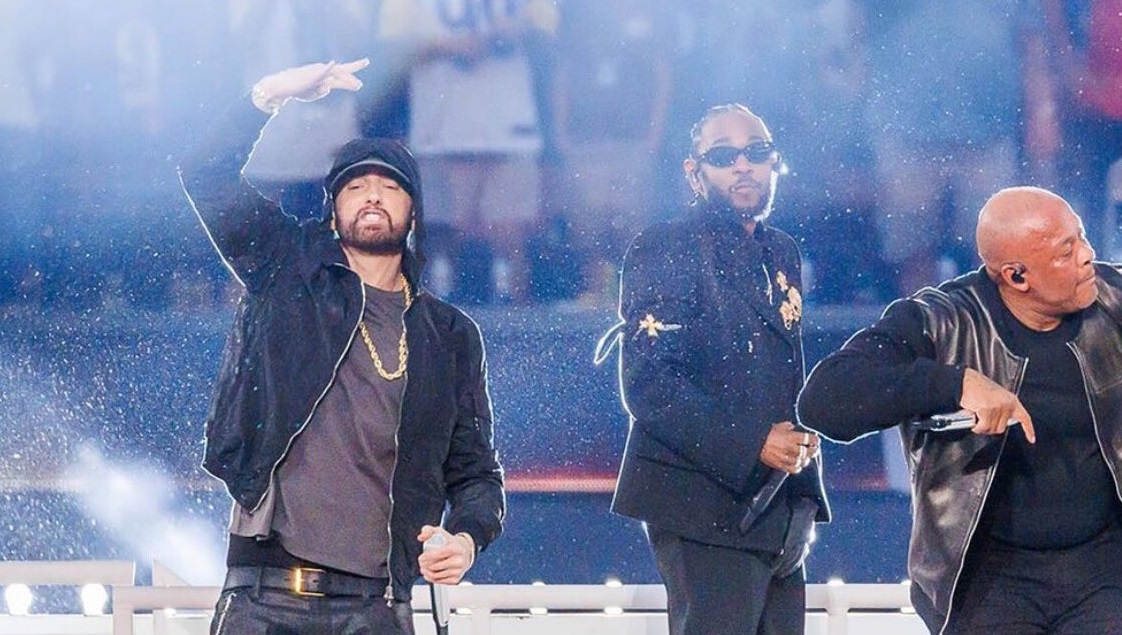 Eminem is having an incredible 2022.

The Detroit legend will soon be inducted into the Rock & Roll Hall of Fame this Fall. Performed alongside Dr. Dre, Snoop Dogg, Mary J. Blige, 50 Cent and Anderson .Paak at Pepsi’s Super Bowl Halftime Show. linked with CeeLo for an Elvis Presley-inspired soundtrack song, co-produced by Dr. Dre. Dropped long-awaited NFT single “From The D 2 The LBC” with Snoop Dogg and is currently preparing a second greatest hits collection.

That Super Bowl performance is now nominated for the Emmy Awards 2022. Variety reports that Em, Dre, MJB, K-Dot, and Fif’ are in the running for “Variety Special (Live).” The concert competes against the Oscars, Live in Front of Studio Audience: The Facts of Life and Different Strokes, this year’s Grammy Awards, and the Tony Awards.

Eminem might become the first ever artists to win Emmy, Grammy, Oscar and be inducted into the Rock Hall.