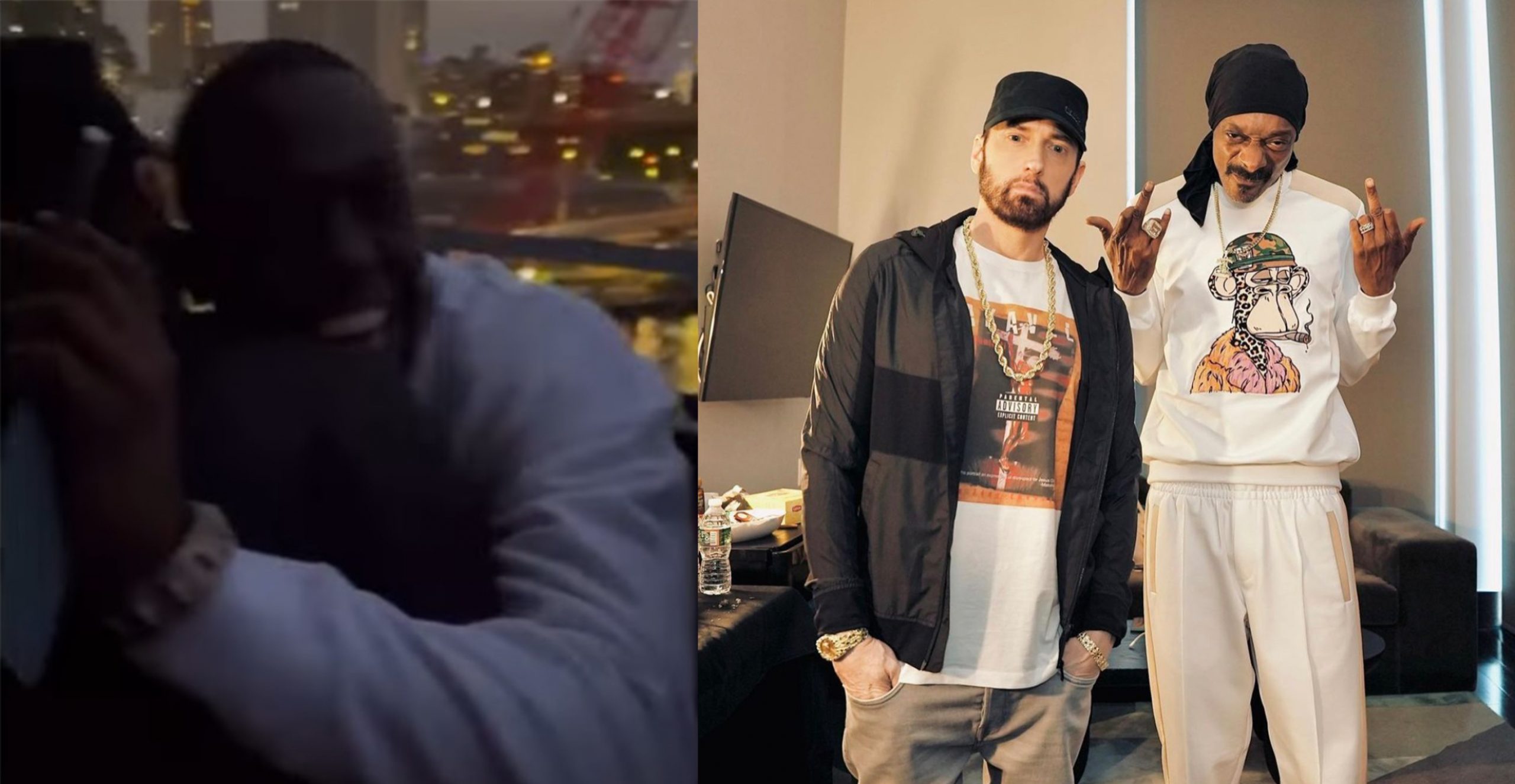 Last night, Eminem and Snoop Dogg have debuted new single “From The D 2 The LBC” at the ApeFest 2022. The song is produced by Eminem himself and is supposed to be on his upcoming compilation album, “Curtain Call: The Hits 2.”

The fast-talking single arrived with a music video directed by James Larese, which switches between live footage of the legendary rappers and an animated world where they transform into Bored Ape-looking avatars. All these were shown on the big screen at ApeFest stage, introduced by Chris Rock.

After Eminem and Snoop Dogg presented their new joint to the audience, they went straight to the backstage. There, Slim Shady met Cordae and Bobby Shmurda who shouted “big hommie” at Eminem before handshake and hugging each-other.