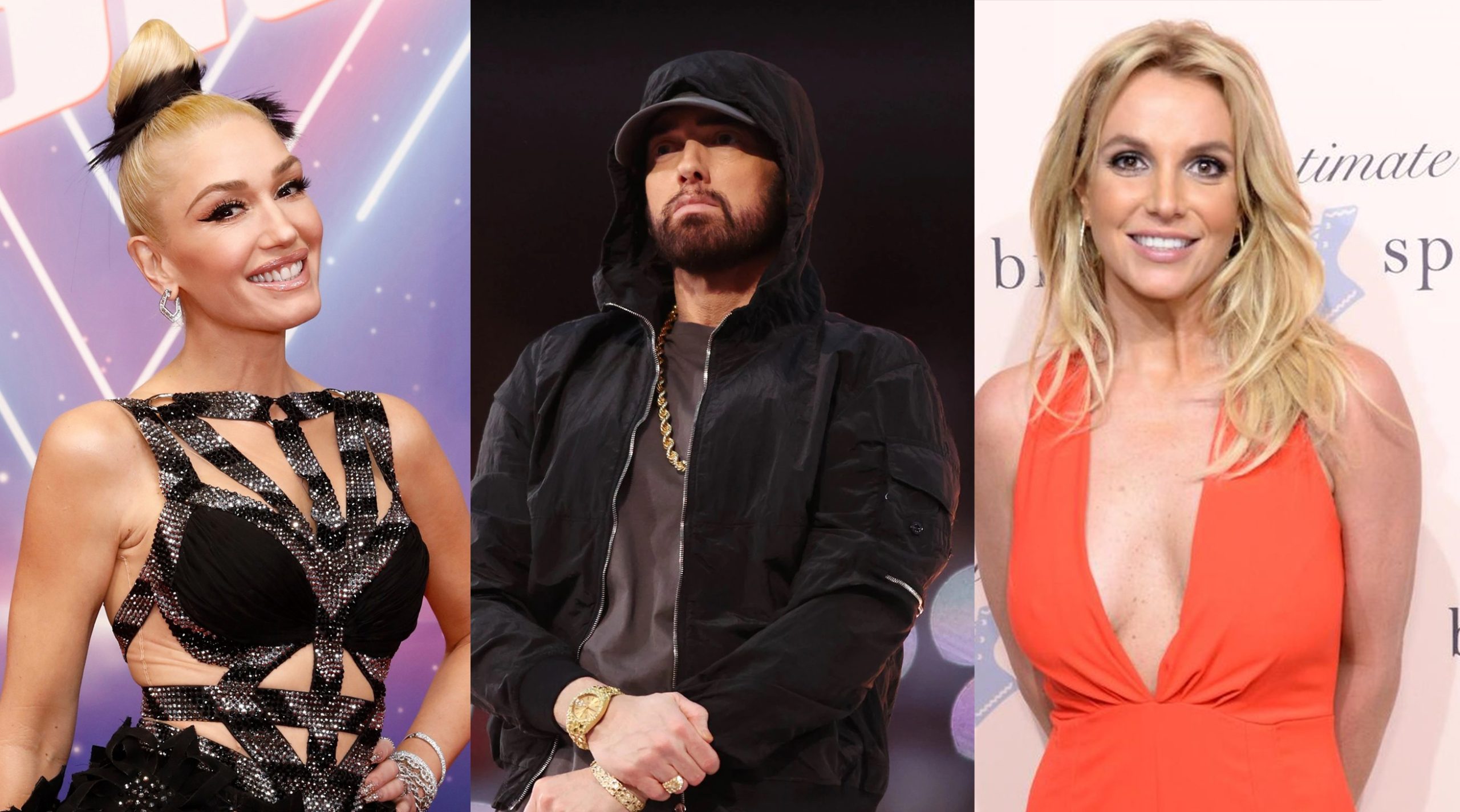 Couple of days ago, Britney Spears took to Instagram to give a special shout-out to Eminem after the Pepsi Super Bowl Halftime show performance.

“Wow!!! Eminem last night at the Super Bowl…he should have had way more time…he was everything to me when I was younger and it was so weird in the first two seconds I saw him onstage last night I felt like I was 17 again!! It’s honestly kinda scary how certain artists and music can do that…we are so lucky to live in a world where music can give us hope…identity…acceptance…and love!!!” !” Spears wrote in her post while sharing a video clip of Eminem’s set.

Gwen Stefan, who has previously worked with Eminem on a song “Kings Never Die,” responded in the comments: “Feel you,” with hands held high emoji.

You can check the screenshots below: 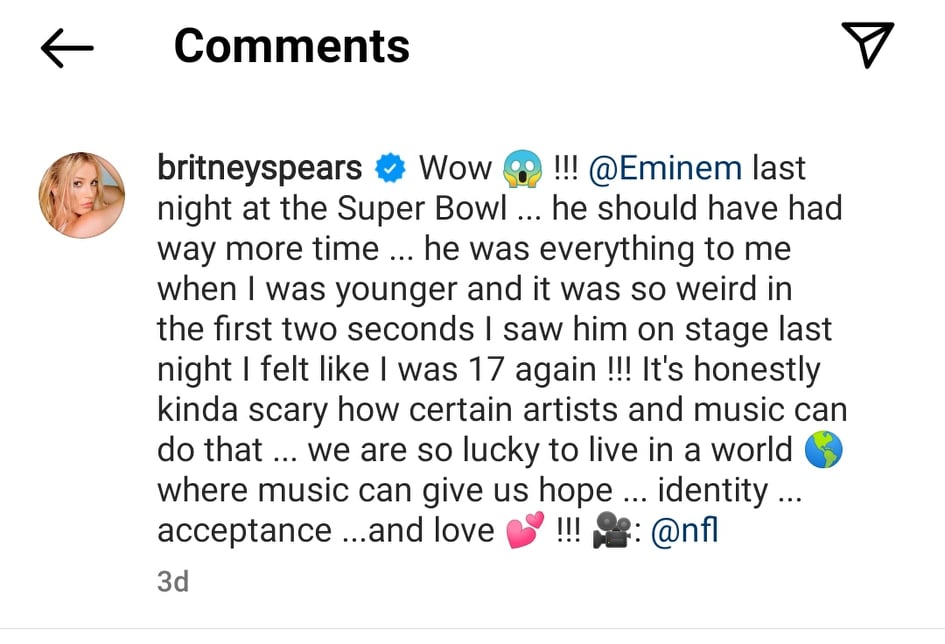 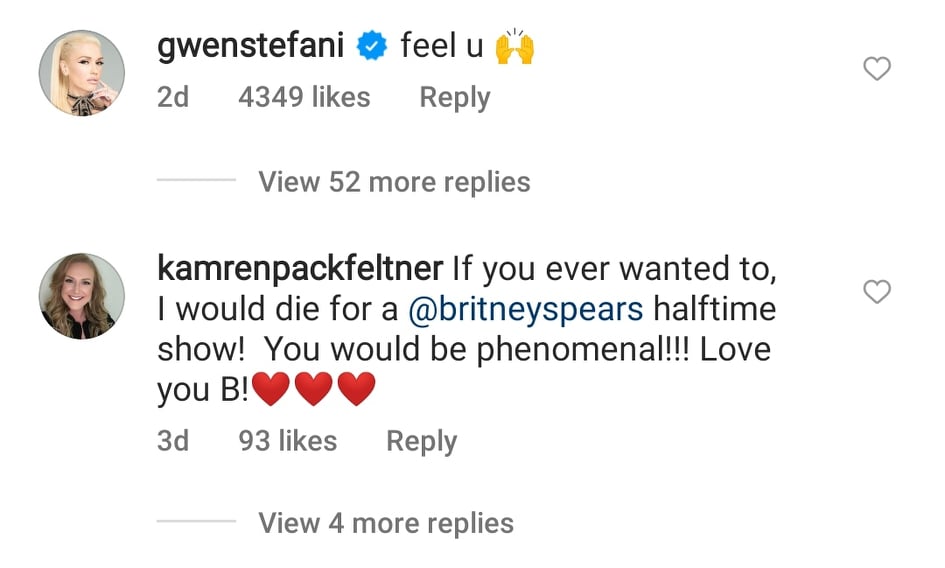