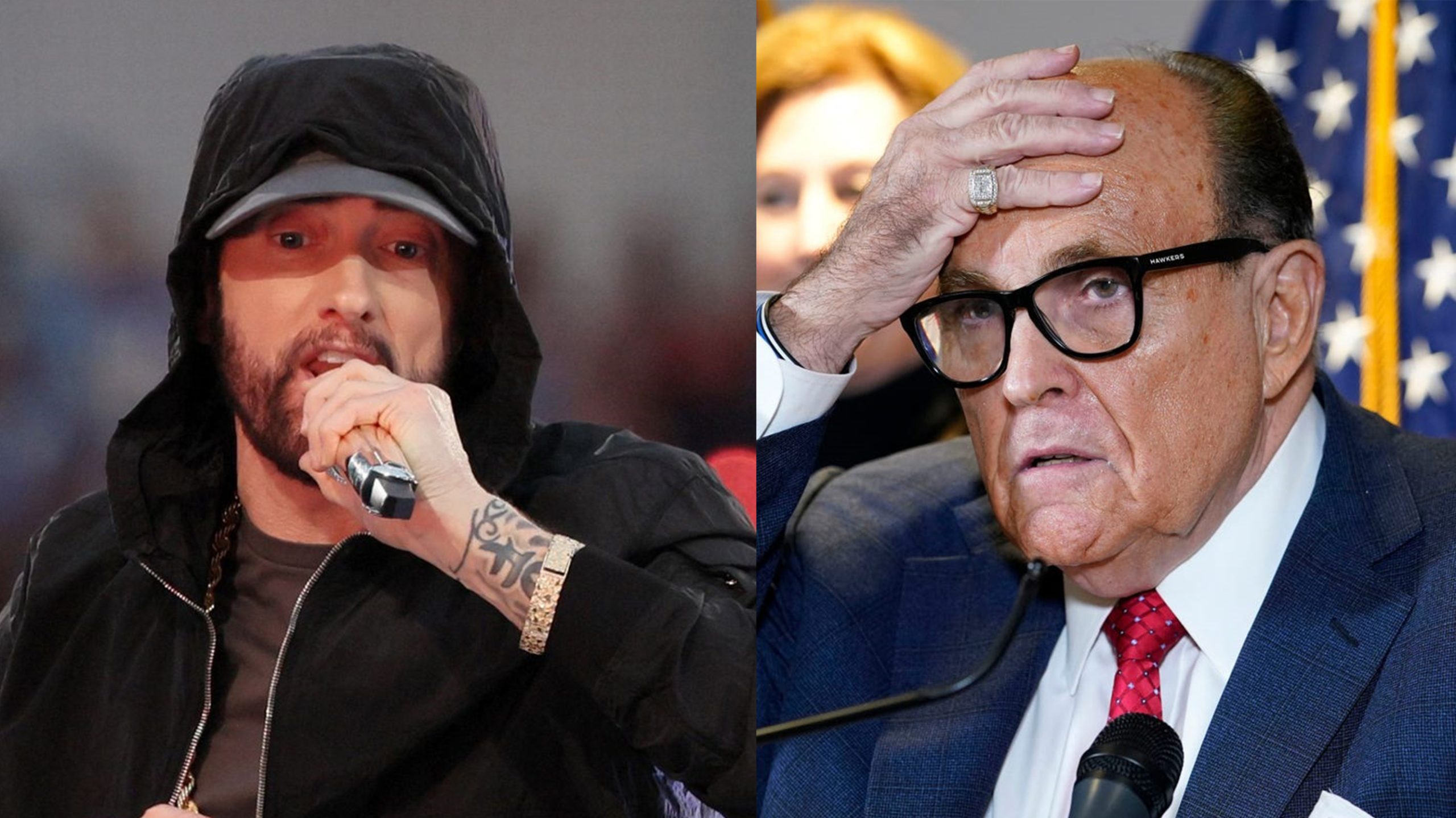 American politician and attorney, Rudy Giuliani, who served as the 107th Mayor of New York City from 1994 to 2001, urges Eminem to “go to another country” after Slim Shady decided to take a knee during the Super Bowl 2022 halftime show performance.

“Let’s get right to Eminem taking a knee. Why does not he go to another country? I mean, go take a knee someplace else. You know how many cops were defending him and protecting him at that game yesterday? I mean crime is way out of control in Los Angeles.” said Giuliani during his radio program called Rudy Guiliani Show.

“He thinks that all happened because everybody loves Eminem? The simple reality is the NFL has made a mockery of law enforcement, particularly with its support for the cop-killing Black Lives Matter.” he added.

And then he starts talking about Snoop Dogg. You can watch it below:

77 WABC’s @RudyGiuliani provides his input on Eminem’s decision to take a kneel during the halftime show last night.

Do you agree with Eminem’s actions?