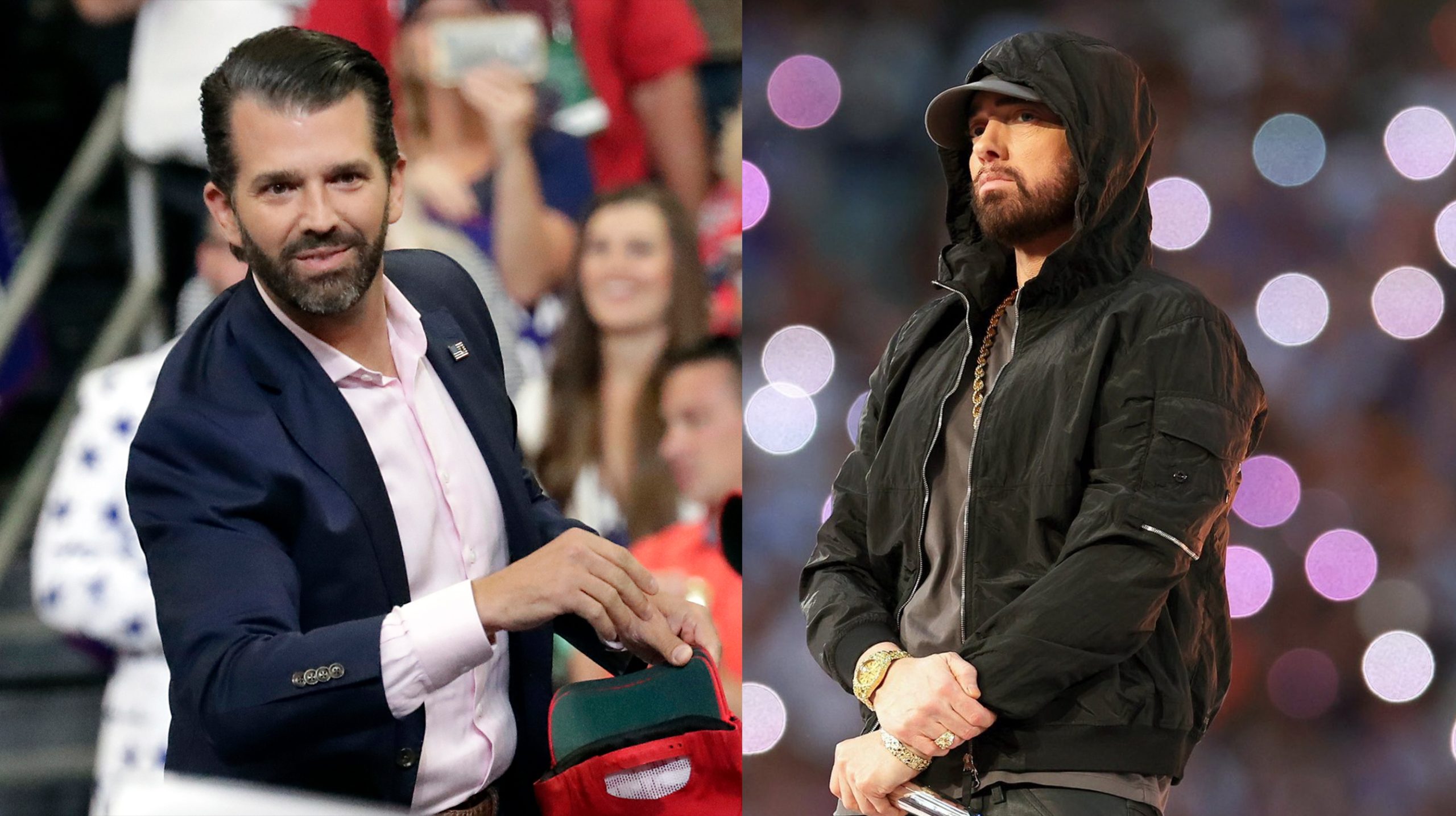 Eminem had one shot to make a statement during the Pepsi Super Bowl halftime show, and he did not miss it.

The Detroit legend took a knee during his performance in a gesture of solidarity for all the NFL players who’ve done the same to protest police brutality and racism in past years, started by former NFL quarterback Colin Kaepernick.

Eminem knelt for about 50 seconds at the end of his segment of the halftime show on Sunday after he finished performing his biggest hit song “Lose Yourself.”

While lots of people praised Eminem’s action, Donald Trump Jr. and several other Republican personalities rushed to attack him for kneeling.

Trump Jr. shared a picture of Ellen Degeneres at SoFi Stadium and in caption he wrote: “Eminem getting ready to perform at the Super Bowl halftime show.”