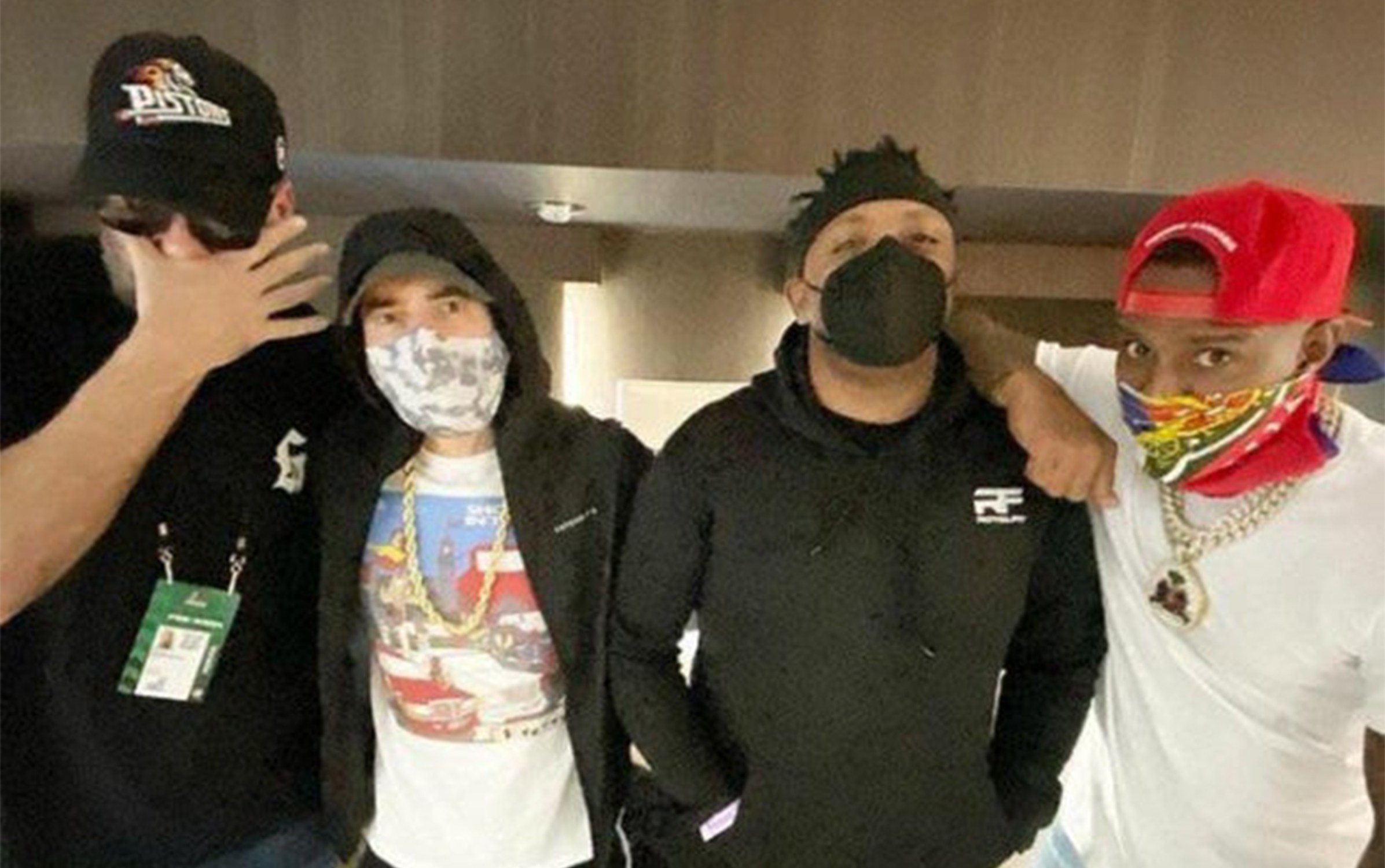 Eminem, Mr. Porter and Paul Rosenberg has recently sat down with DJ Whoo Kid on Shade 45 for Super Bowl special where the team had fun time as Eminem brought back Slim Shady for few minutes.

“You don’t have Eminem here. You have Slim Shady. Slim Shady is actually sitting here with the clothes off. I’m trying to fit an outfit but no matter what happens, everytime I get naked again I go like ‘oh this is the best outfit for Super Bowl… Would you like to throw up in the middle of the interview?” says Eminem.

Yesterday, at the Super Bowl press conference, Dr. Dre revealed he had to talk Eminem about not taking his penis out during the performance. It seems he was not joking 🙂

“I just wonder if the NFL is gonna be cool with that that I come on stage naked.” Eminem added. “This is what I was gonna say to the NFL, I’m sorry, I tried so many outfits and I didn’t like any of them. What was I supposed to do?”

Later Eminem said Slim Shady does not give a f**k about performing at Super Bowl before showing love to Mary J. Blige.

“She is dope. I’ve had some interesting conversations with her too on some Tupac s**t and stuff like that. She will come out and kill it.” said Eminem.

You can listen to that funny interview below: