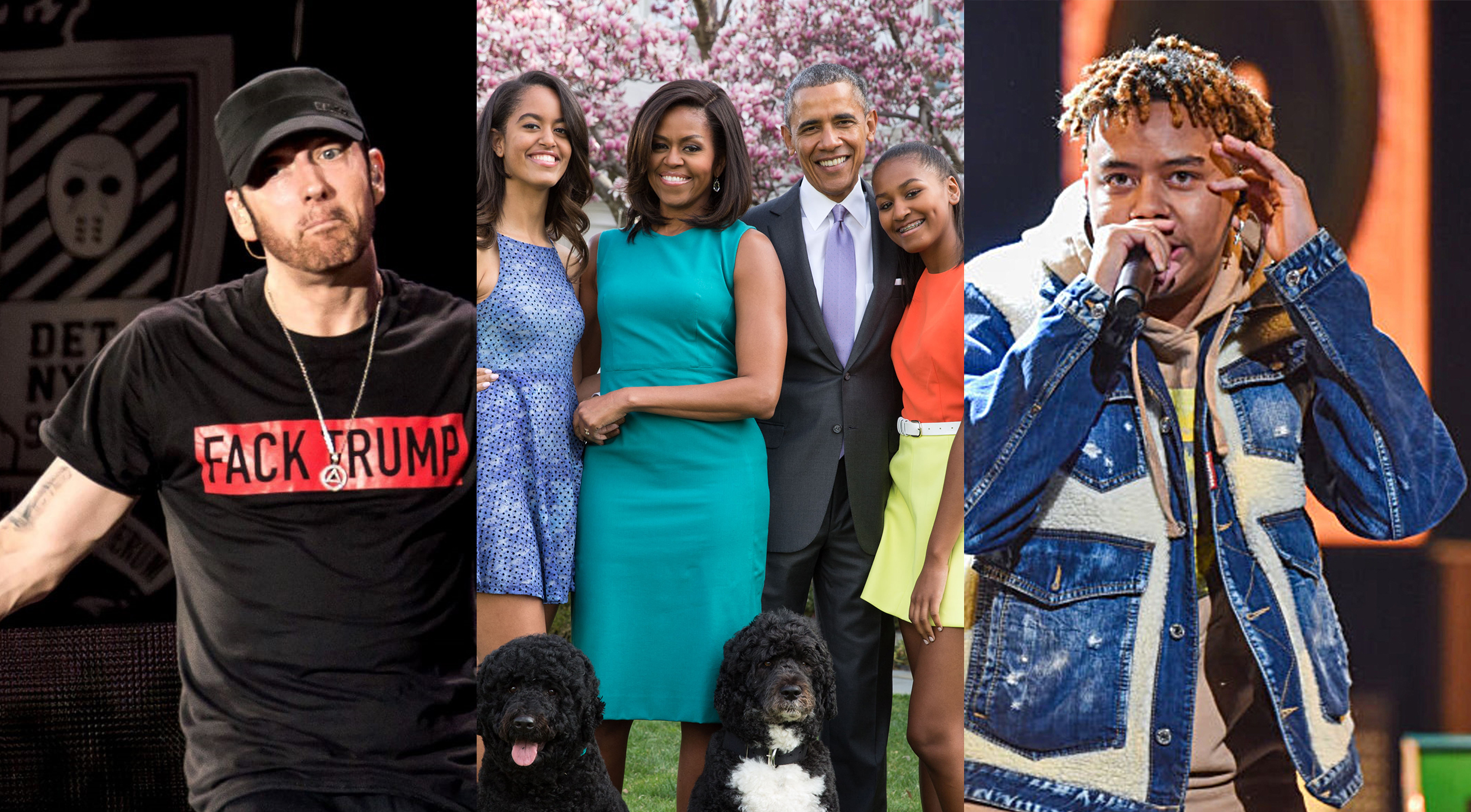 Few days ago, Cordae released a new album titled “From A Bird’s Eye View” and it includes a remix version of “Parables,” featuring Eminem.

In the song, Eminem raps: “I was painfully shy, now I’m proud of myself / Like Obama’s kids, I came outta my shell (Michelle)”

Em uses “My Shell” as the wordplay of “Michelle.” He is happy that he came out of his shell (Got over his tough times) which is compared with Obama’s daughters coming out of his wife (Giving birth).

Some of the TikTok users criticized Eminem for inappropriate use of words, with Joey Hip-Hop saying: “Ain’t no way Eminem actually thought this was a bar.”

Cordae responded in the comments: “It’s definitely a bar and I’m not just saying that cuz he on my album lol”

Popular tiktoker and hip-hop artist who goes by the name Tyrese Pope also commented: “It’s a bar, you trippin'” 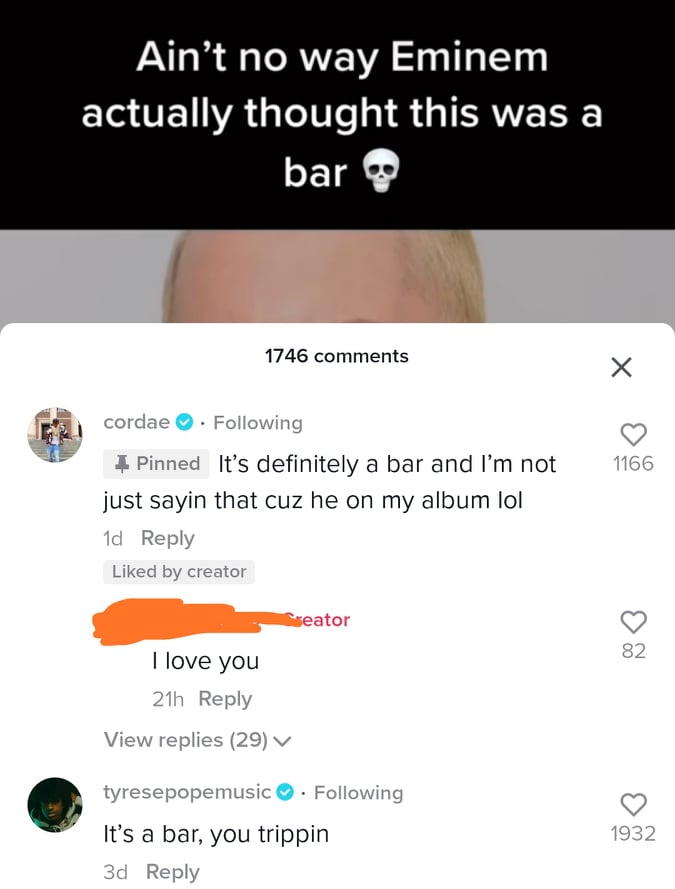