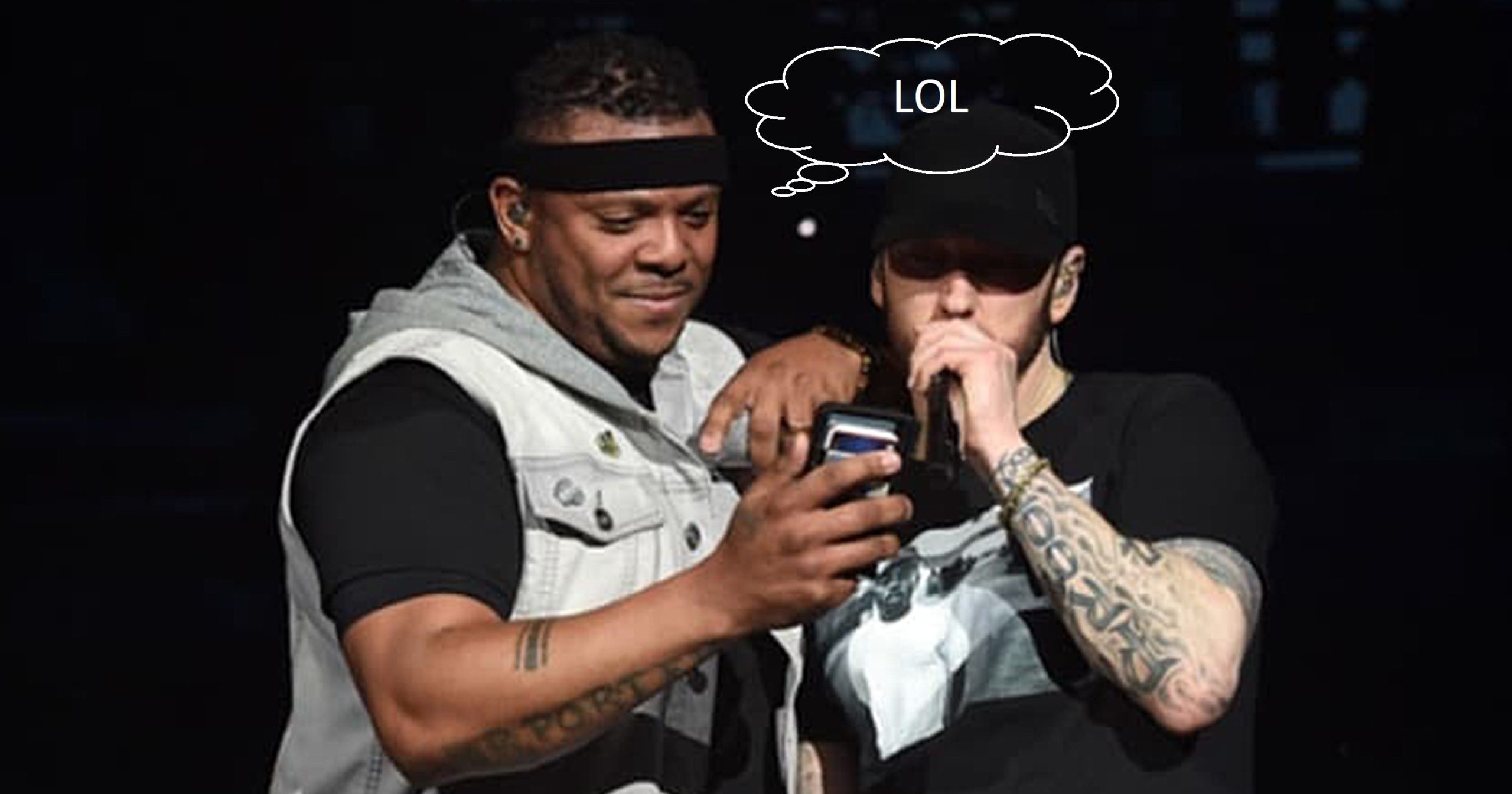 Denaun Porter, who is probably the closet man to Eminem in Shady camp, had a little bit of laugh when he saw the rumored features of Eminem’s upcoming album, which has recently been spreading on reddit.

One of the Eminem fans accounts on Instagram, posted a picture of supposed features on Slim Shady’s upcoming album, which includes: The Weeknd, Andre 3000, Kendrick Lamar, SZA, Post Malone, Elton John and Nas.

Under the comments’ section, Mr. Porter replied: “Please tell me where y’all come up with these theories and how they are rumors please? I’m really interested in the process?”

Another fan account said: “So to answer your questions, the main source of rumors is a guy ob reddit that somehow in the past seemed to be able to predict something but that’s also been wrong sometimes. This one is On Thin Ice instead, an account specialized in rumors that also in the past sometimes was right and other wrong. When they are wrong they say it’s all been scrapped or delayed. Imo what fans can legit do is only trying to keep eyes and ears well open and to connect the dots… just for fun.”

On which Denaun replied: “yea who would you believe more? Some guy on Reddit or me?”

You can check the screenshot of the comments below: 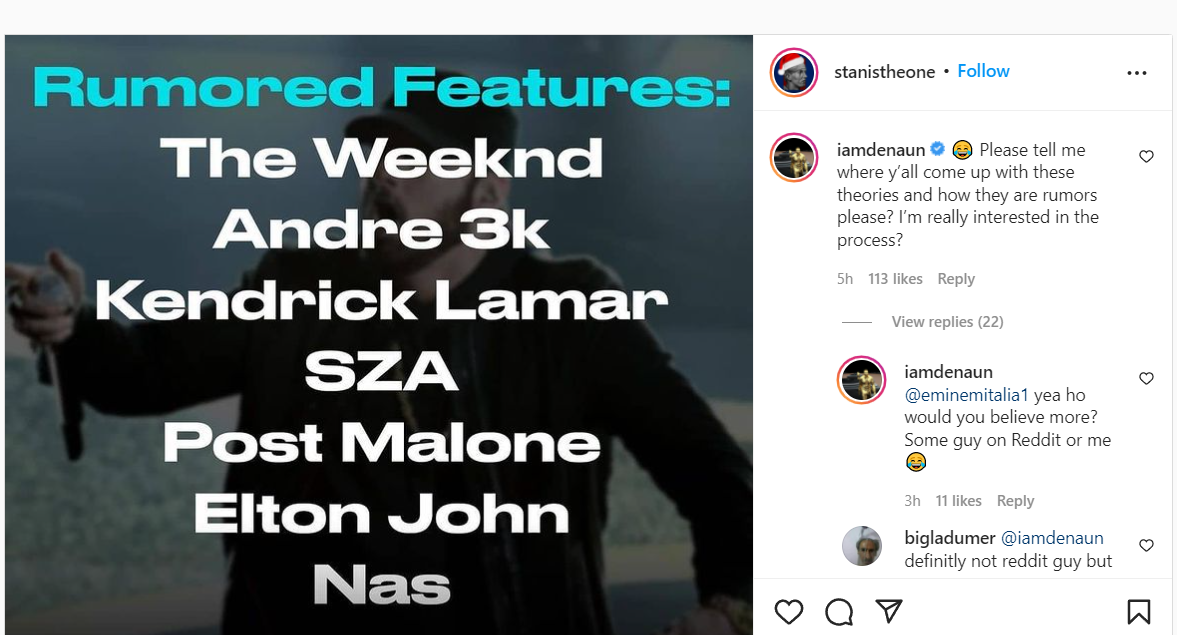