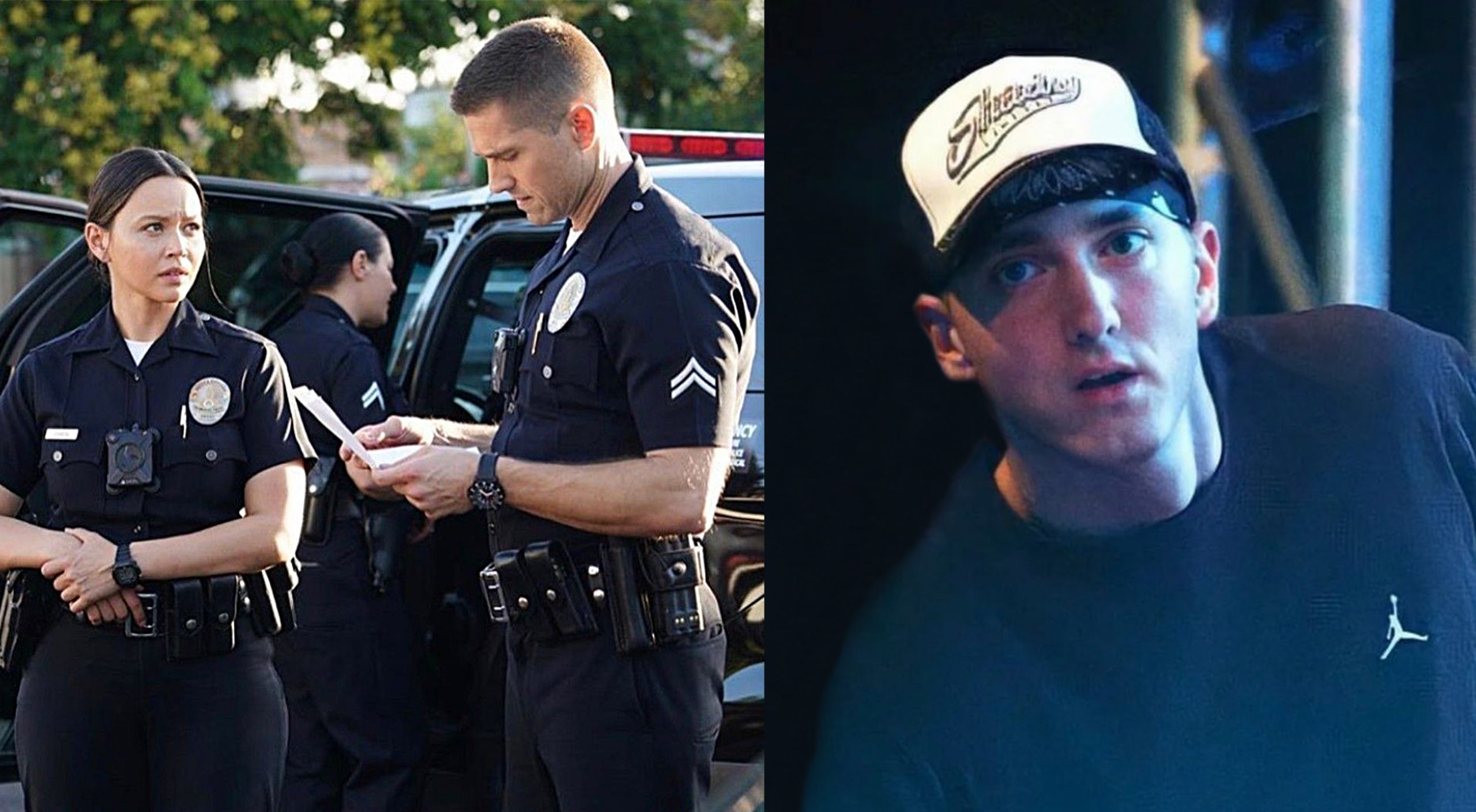 If you are a fan of police procedurals then maybe The Rookie TV series is for you.

The show was created by Alexi Hawley for ABC television network and it premiered back in October 2018 and ushered audiences into the world of Nathan Fillion’s titular rookie, who moved to Los Angeles in 2015 to join the LAPD in his forties.

Based on real-life officer William Norcross, it has been a rollercoaster of a series so far.

We are all the way through 4th season and there is a funny mention of Eminem’s alter ago, Slim Shady, in the latest 8th episode which aired on December 5th, 2021.

In the episode, Peyton List who plays Gennifer Bradford makes joke about Tim Bradford’s hair, played by Eric Winter: “He tried to highlight his hair right before prom. He ended up looking like Slim Shady. You know what? I think I have a picture of it.”

You can watch the scene below: