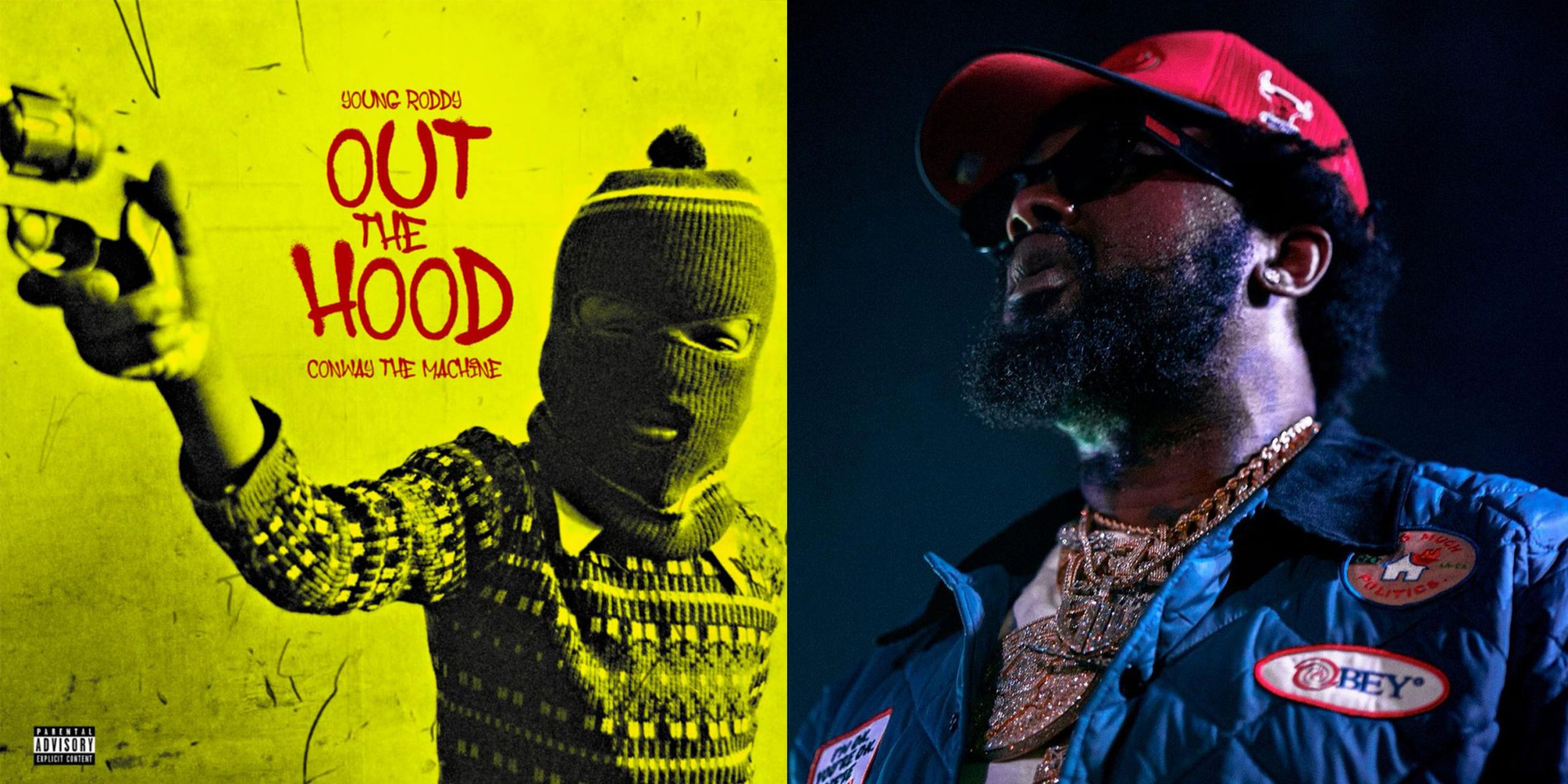 Young Roddy and Conway The Machine team up for an emotional ode to the struggle on a new song titled “Out The Hood,” produced by Camouflage Monk.

The two rappers’ descriptive pens detail their come up from the streets as kids to adults, and the family members and friends they’ve lost on the way.

Some of the quotable lyrics from the song includes the following lines: “You know, this music comes first, that’s just the way I work / Had every obstacle against me but I made it work / In the basement, plate and razor, digiscale, I’m weighin’ work / Sold my neighbors work, sold Tom an eighth for 100 on his way to work / Know a n***a that killed his cousin for snitchin’, he saw the paperwork / Still huggin’ on his momma when she pray in church.”