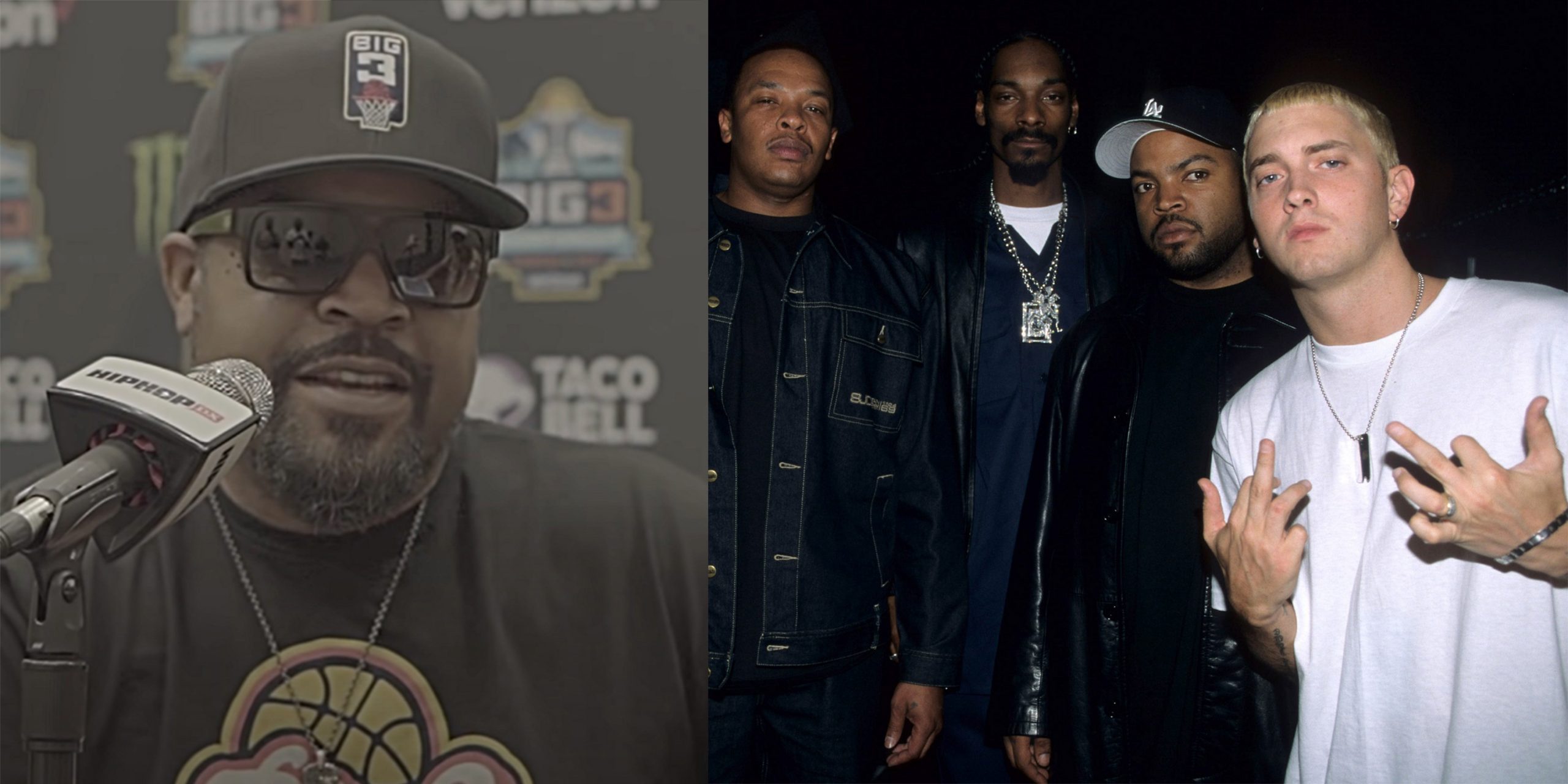 During an interview with HipHopDX, Ice Cube spoke about his experience touring with a young Eminem during the Up In Smoke days.

“That was the first tour that I took my sons on. I am like, ‘You all hanging with me? You all about to grow up.’ I had them rolling with me, and just having the energy of all those humongous groups. I mean, at the time, Eminem was opening up after Warren G, Eminem was going on. So that just shows you the level that we were at, that we were on. He could have headlined.”

“It is just being with the best teams. You talk about the United States Olympic Dream Team or the ’90s Bulls, the ’80s Lakers, Shaq and Kobe, it is up there. You know you are at a point where it gets no better than this and that is what Up In Smoke Tour was.” – said Cube