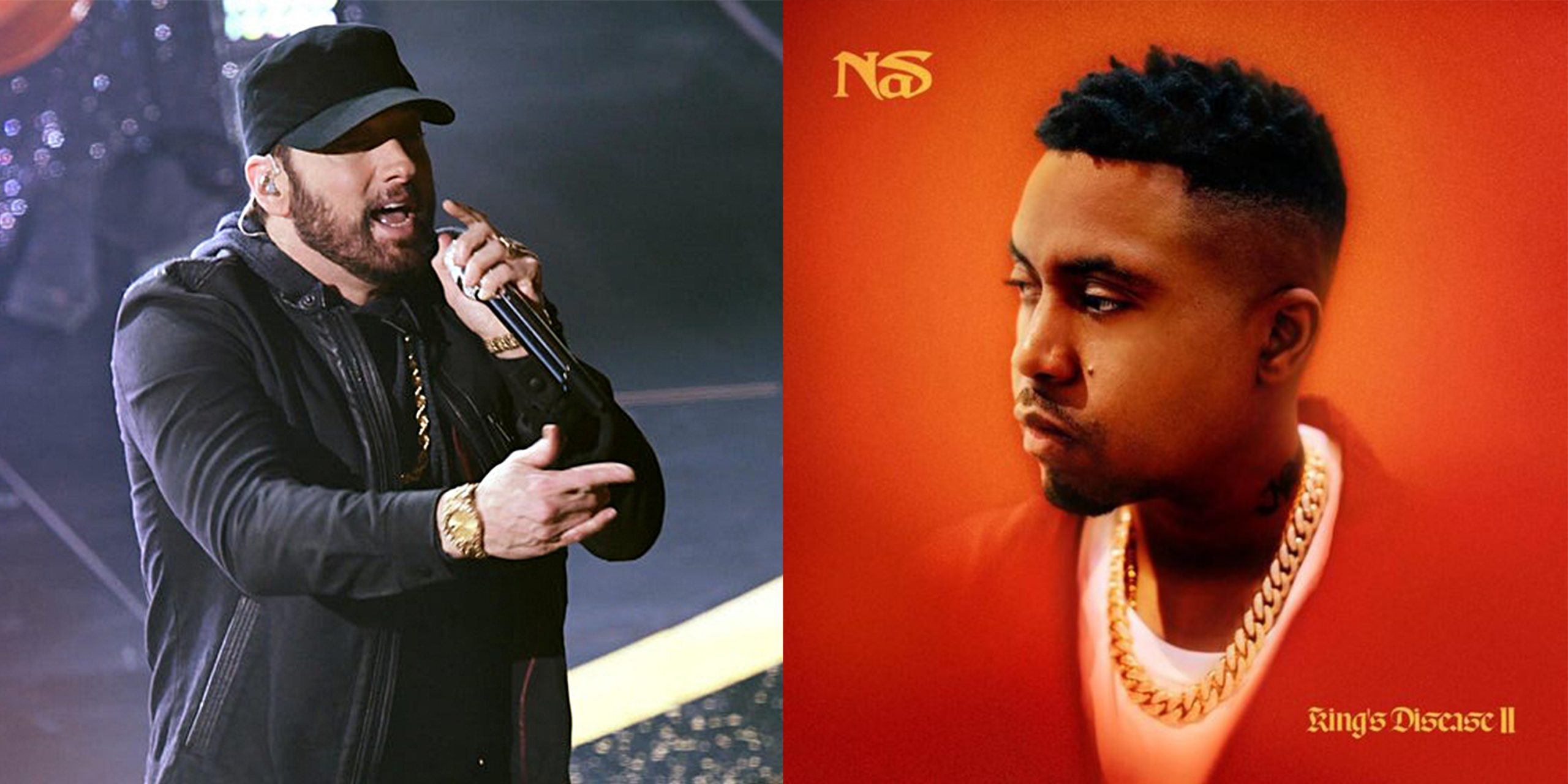 Eminem is featured on a track titled “EPMD 2.” This is the first ever official collaboration between Nas and Eminem. “Topless” track where Em is rapping in Dre’s perspective was leaked many years ago and has never been released officially.