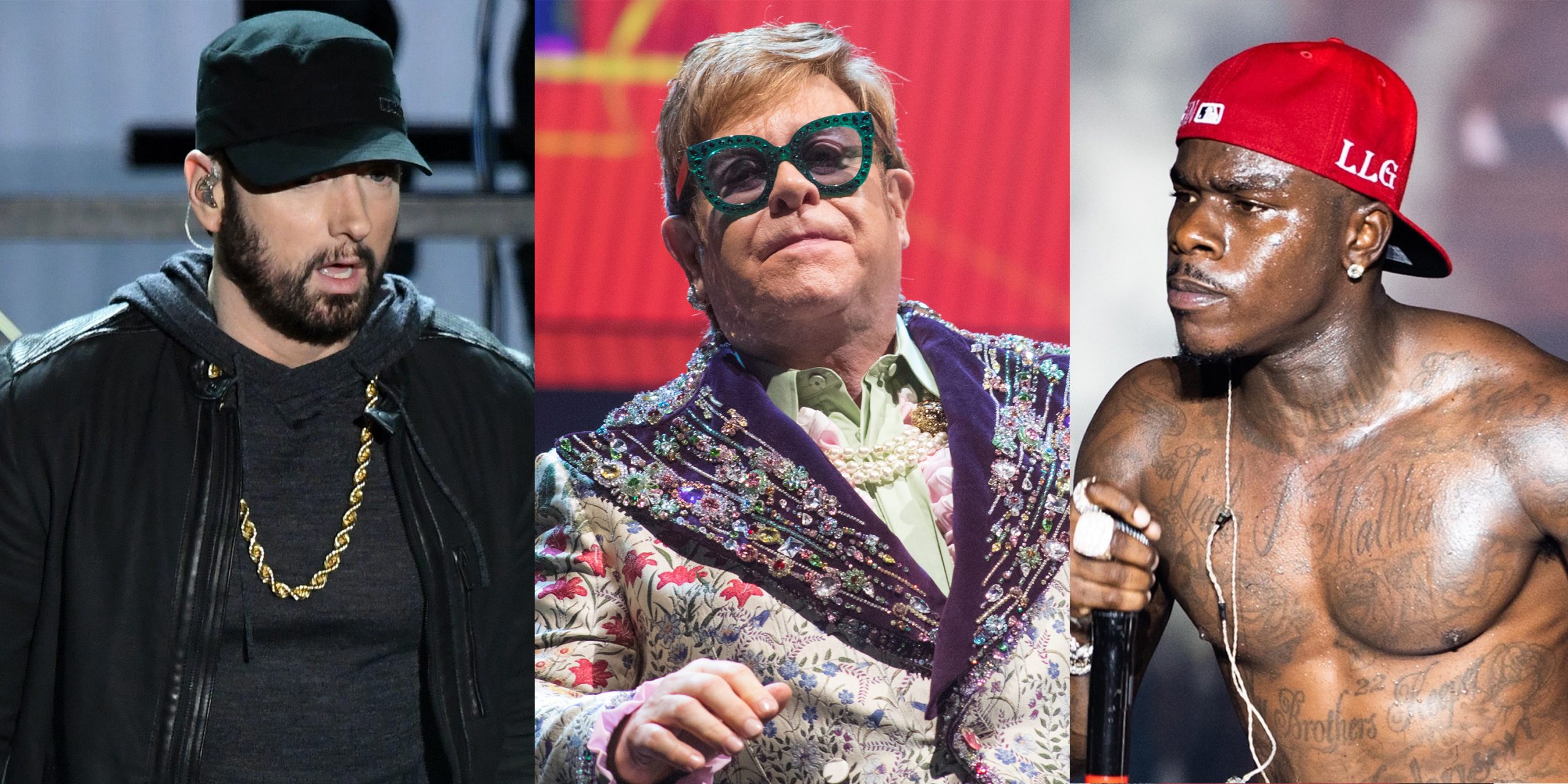 Elton shared the stats about HIV that affects more than 70 million people worldwide in his statement as he lashed out at DaBaby.

Some social media users slammed Elton John because they think Elton has never spoken against Eminem for homophobic lyrics and instead chose to work with Slim Shady, specifically, performing “Stan” with him at the Grammy Awards.

I mean Eminem had the same situation and Elton John still performed with him on stage…so there’s that…. https://t.co/7tjU7GM4ed

Folks calling DaBaby homophobic etc but just a reminder that Eminem was/is one of the most homophobic rappers in music and is the best-selling rapper of all time. So where was Elton John and the rest of these folks when Eminem was saying his bigotry ? Oh wait preforming with him pic.twitter.com/pERccqMXg9

Ironic coming from Elton who has worked with Eminem. But I’ll look the other way this one time lol. https://t.co/Nl3rtrDkLb

Elton John forgot about performing with Eminem after he dropped an album saying “hate f*gs, the answers yes”?