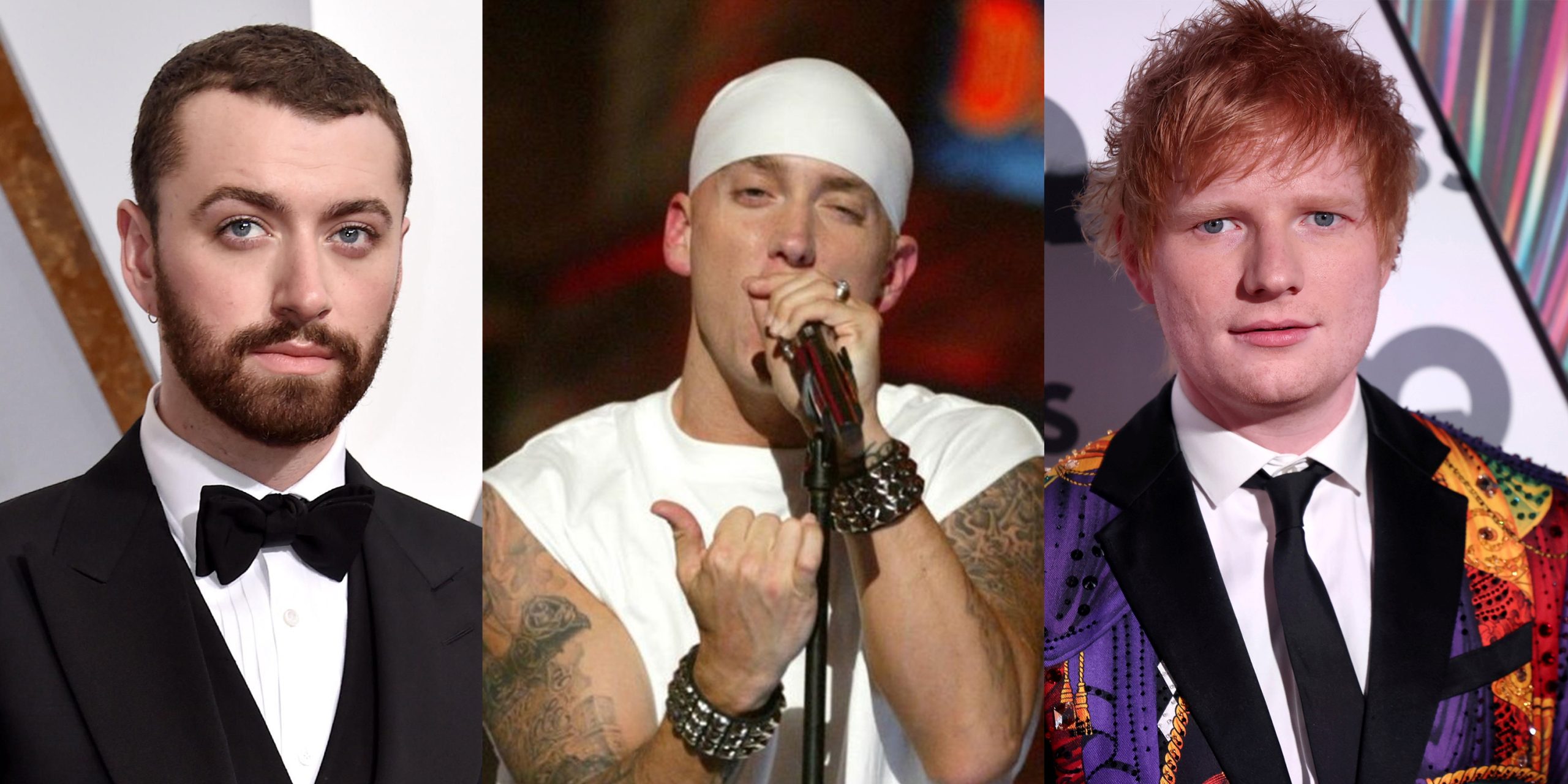 This week Sam Smith revealed on The Kelly Clarkson Show that Ed Sheeran had gifted him a 6-foot marble p*nis statue.

In his latest appearance on The Late Show With Stephen Colbert, Ed Sheeran took the chance to explain himself, and revealed that none other than Eminem and Elton John had played important parts in inspiring the bizarre present.

“Elton John has been involved in my career from the get-go, and he buys me weird gifts. I can’t talk about them on TV — but, like, odd gifts. Sexual sort of objects …I love you, Elton.” said Ed.

Then he continues: “He is very proud of the fact that Eminem bought him and his husband, David, diamond-encrusted c**k rings for their wedding. I’m like, I need to one-up this, I need to get Elton a present that’s gonna make him go:” ‘Oh my god.’”

That’s when inspiration struck the four-time Grammy winner, who proceeded to order “a few different iterations” of p*nis sculptures. “I gave it to him for his birthday, and Elton was over the moon about it,” Sheeran chuckled. “It got out in the press that I’d done it. And people would just be like, ‘Can I have one?’ Sam saw one of them and said, ‘Can I have one?’ And I said, ‘What would you like?’ and Sam said, ‘One the size of me — six foot two.’ So … there we go. That’s it.”

You can watch the show below: