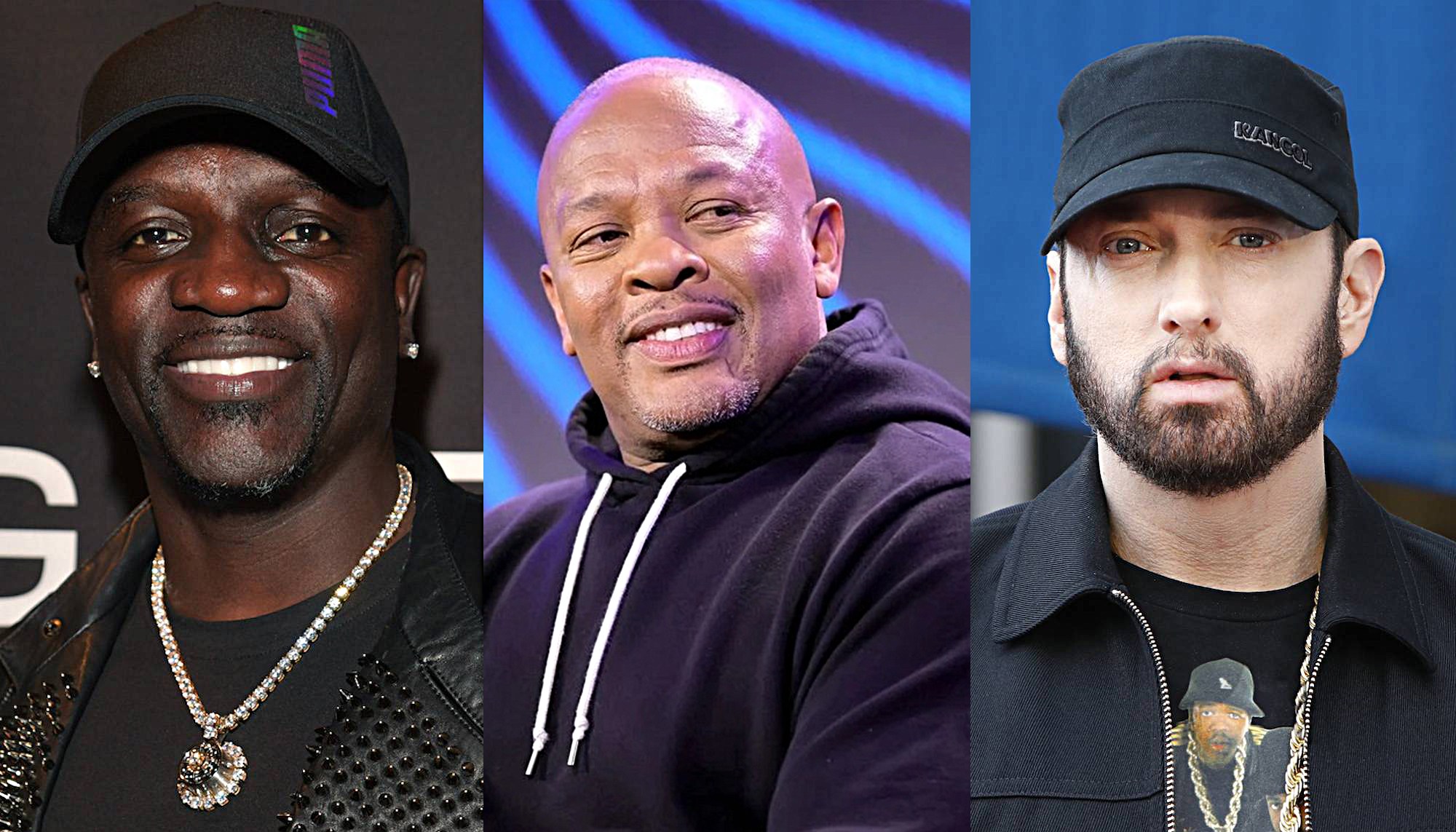 Akon has recently sat down with Bootleg Kev on his podcast.

The two talked about many topics, including working with Eminem on one of the biggest hits of ’00s, “Smack That,” and Dr. Dre‘s mysterious DETOX album.

“It’s interesting because every record that I put out, I actually produced, expect ‘Smack That.’ Eminem produced that record. Isn’t that crazy? He always have this small little sounds in the beat.” said Akon.

Then he continues: “When I went to visit Em in Detroit, he was like ‘which you wanna do?,’ I said ‘Em, I wanna do whatever you wanna do. I want to come into your world.’ He said ‘alright, I got some beats.’ I said ‘play me some tracks.’ He gave me phot of 30 tracks on it. And out of 30, I picked 5. And I recorded all 5 and the one that stood out was ‘Smack That.’ When he heard my concept t it, he said ‘yo, I’m jumping on this one.’ And I was like ‘if he jumps on this one this will be a single.’ I literally have all those other records. All those records are gonna drop in future.”

“I’ve done two records for Detox and they both came out. One was ‘Kush.’ And the other one was Dre and Snoop and I was in the chorus as well. Dre is such a perfectionist. I think he’s too perfect for himself. There was lots of fear to not being number one. I’m not speaking for him and I could be completely wrong but from outside looking in it felt like he put too much on himself to succeed and be successful. I personally believe he don’t need it. He has nothing to prove anybody. To me he’s the greatest producer out of the west coast and influencer when it comes to hip-hop and gangster music. No matter what he would have dropped. Everybody would have thirsted it up.” said Akon.