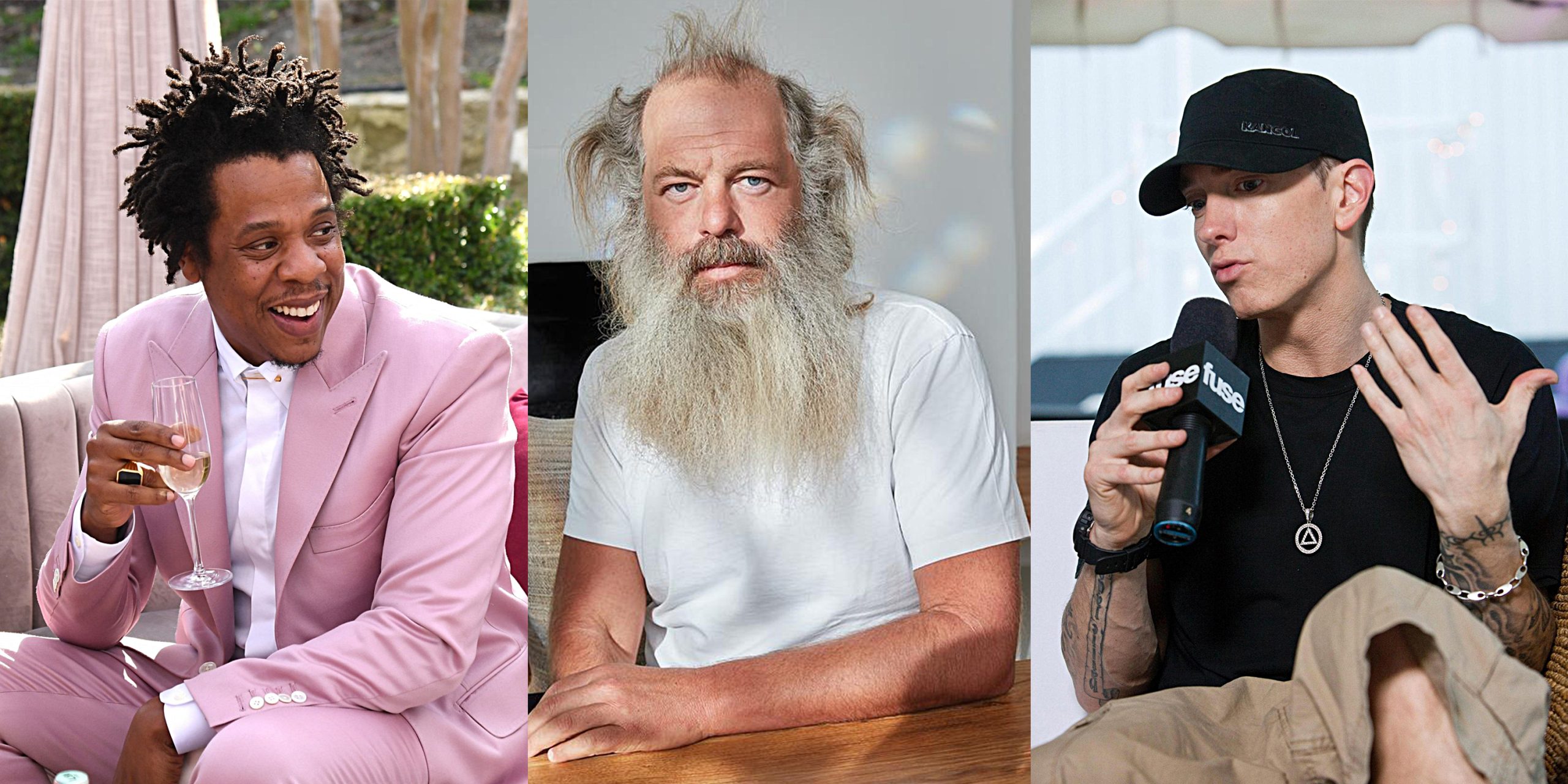 Rick Rubin, who has worked with Eminem, Geto Boys, Red Hot Chili Peppers, Public Enemy, The Cult, Danzig, Kanye West, The Beastie Boys, Black Sabbath, and Johnny Cash to name a few, has recently sat down with Joe Rogan for his latest episode of Joe Rogan Experience podcast where the legendary record producer talked about the difference between writing processes of Eminem and Jay-Z.

Joe Rogan: The different ways of approaching comedy, it has got parallel with music right? There are some artists that just want riff, they want to figure it out on the fly. They wanna do it all almost off the top of their head and then there are artists that every single word is gone over and meticulously analyzed pieced together.

Rick Rubin: Yeah, there is no right and wrong way. You have to just find your way. Whatever works for you. I’ve worked with artists who do it completely different ways. You’ll se like, Eminem, he’s always writing in the book. Always writing all the time. And he has got notebooks writing. And I asked him if these were rhymes to use but he was like ‘No, no, no. It’s like 99% of what I write I never use.’ It’s just to stay engaged in the process of writing and finding new ways to write. So that, when I need it, it just comes. And then, Jay-Z doesn’t write anything down. He just listens to the beat, hums and then goes on the mic 20 minutes later and just says whole complicated verse. I don’t know how he can remember it. Much less have just written it and just be able to do it free. It’s crazy.

Rick Rubin: When me and Jay-Z were recording “99 Problems,” I played the beat for him. He likes the beat. Then he says ‘okay just keep playing it.’ Then he sits in the back of the control room on the couch and he starts humming. As I said, in 15-20 minutes, he jumps like ‘Okay I got it.’ And then he goes in with no paper, no writing, nothing and delivers the whole thing. He does it again and again. Words would be the same but the phrasing is different. Words are same but the feeling of it, or the rhythm of it changes when he does it again. And when he does it a few times, he’s like ‘okay, that one is good.’ It’s insane. I’ve never seen like this.