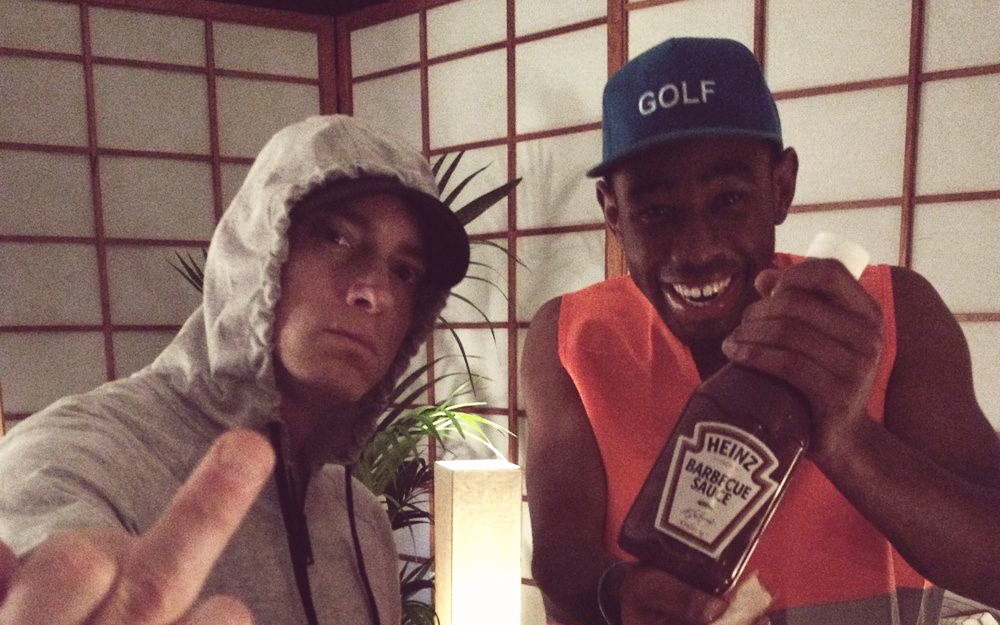 On May 23, Eminem’s critically acclaimed, Grammy-winning, Billboard No. 1, Diamond-selling, Guinness World Record setter and one of the most influential hip-hop albums in history, The Marshall Mathers LP turned 21.

On its anniversary, Genius dedicated a post to the album on Instagram with the caption: “21 years ago Eminem released a classic ‘the marshall mathers lp’. the album art features em on the steps of the house he grew up in…and the original title was ‘amsterdam’. em’s best album?”

Tyler, The Creator, who has the long history of ups and downs with Slim Shady, hit the comment section to express his appreciation towards the album: “this album man. very important in my putting words together. i learned how to rap because of this.”

You can check out the screenshot of the post below: 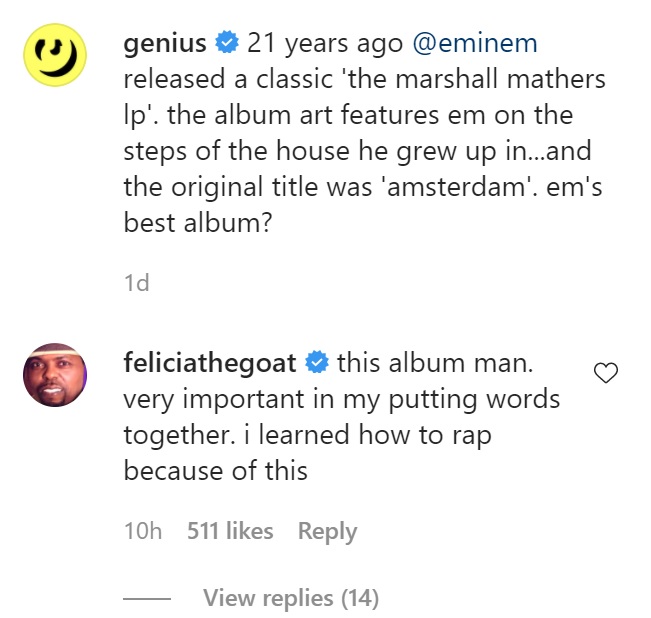