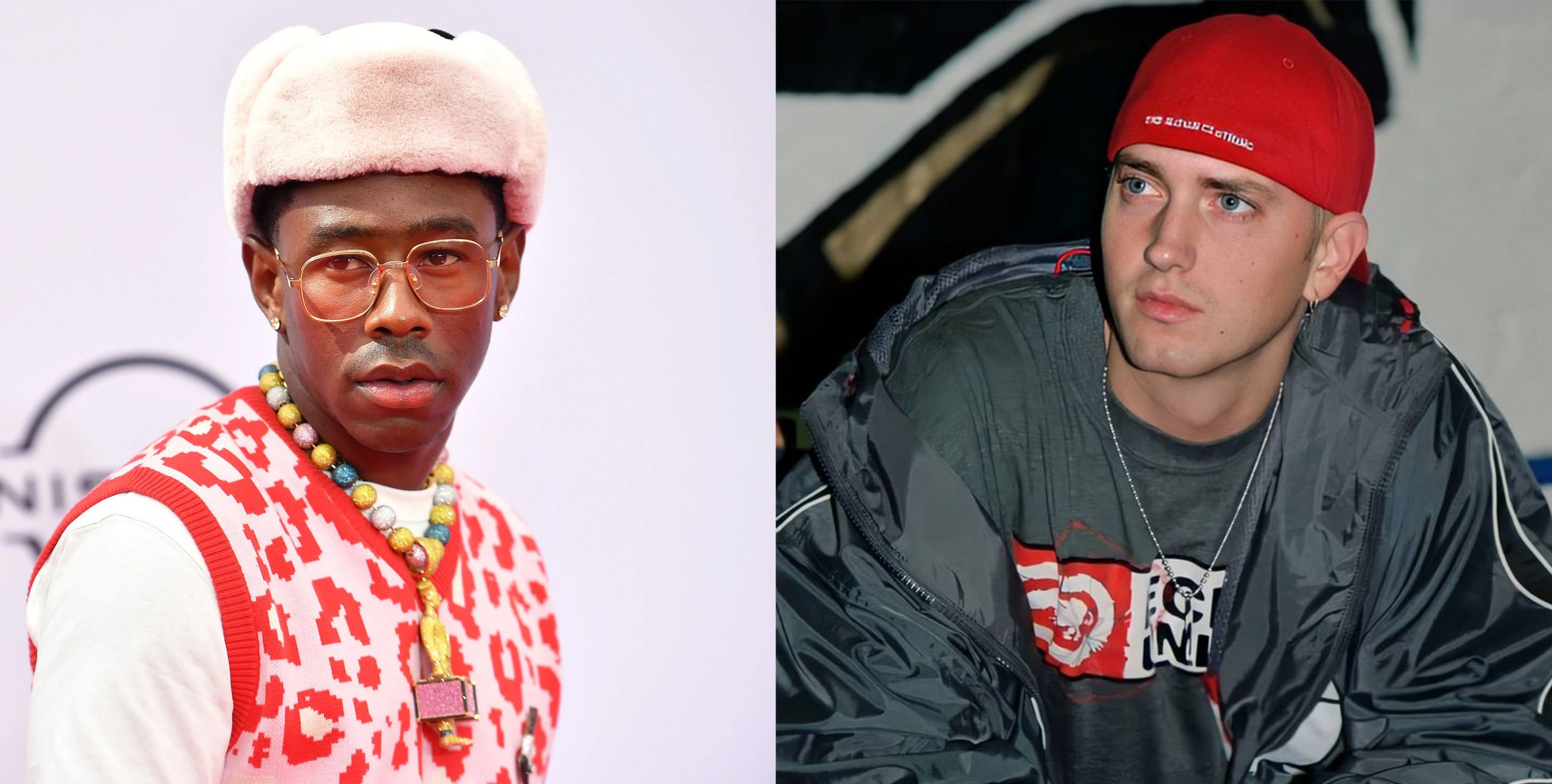 The album received widespread acclaim from critics and it was named among the best albums of 2021 by multiple publications’ year-end lists. The album debuted at No.1 on the United States Billboard 200 and won the award for Best Rap Album at the 2022 Grammy Awards.

Yesterday, Tyler hit Instagram to thank everyone who influenced his Grammy-winning album: “We Got It For Cheap” by Clipse, “The Prequel” by Pharrell, “Da Drought” and “Dedication” mixtape series by Lil Wayne, G-Unit tapes, “The Invasion” series by Eminem and Andre 3000 features from 2006 to 2009. “And countless other mixtapes & lossies and albums that flooded my ears as a kid. Thank you.” said Tyler on his Instagram story.

Eminem’s “The Invasion” series came out in three parts “Shady Times,” “Conspiracy Theory” and “Count Down To Armageddon” and it was hosted by DJ Green Lantern. 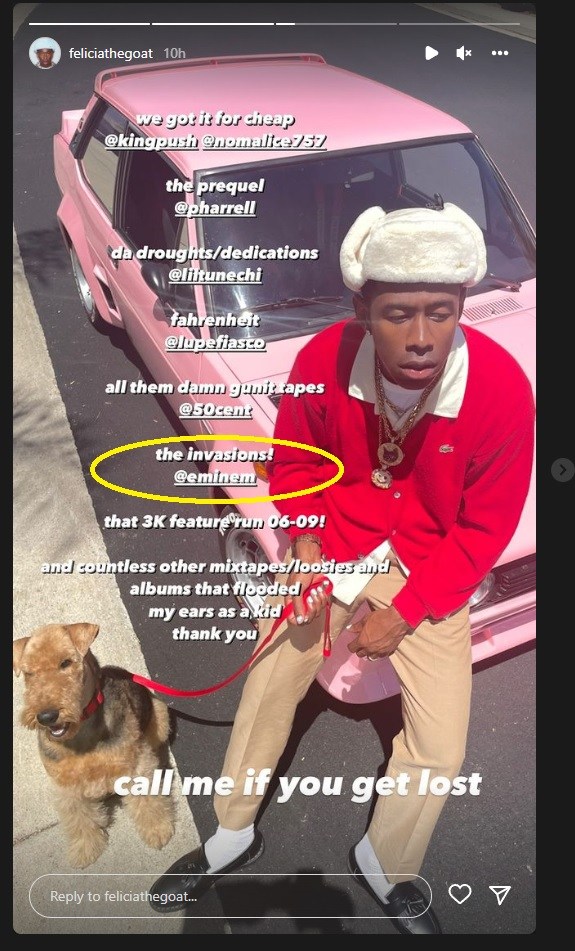