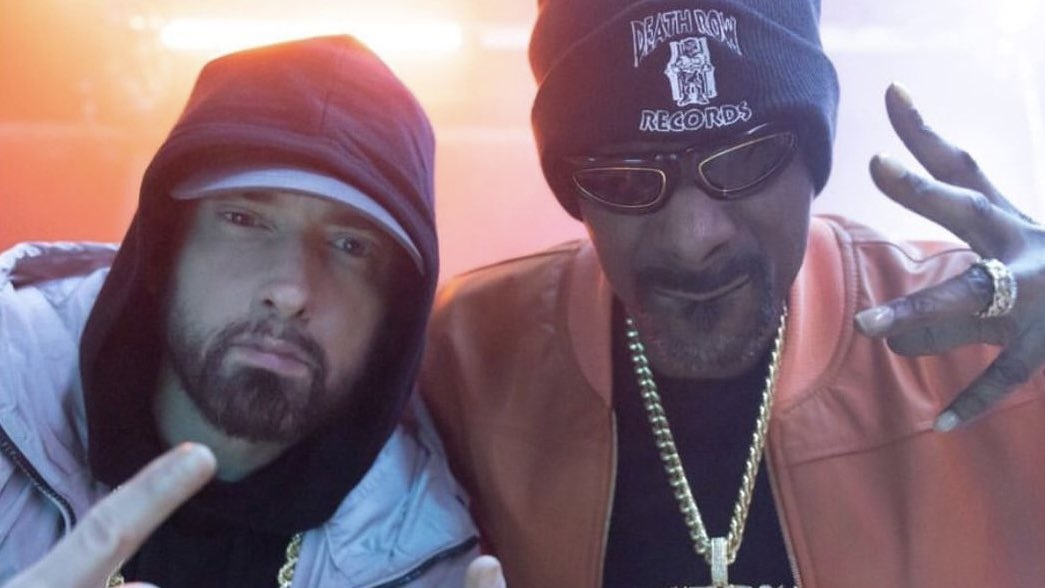 Eminem and Snoop Dogg have just collaborated on a new track called “From The D 2 The LBC” from upcoming “Curtain Call 2” album. The legendary rappers performed the new single live on stage at ApeFest 2022 for Bored Ape Yacht Club holders. The NFT.NYC side event was an exclusive event for NFT holders and the new track even gave cryptophobic people the feeling of FOMO.

Along with the song and music video, Em and Snoop also dropped BAYC merchandise. The merch was only available to MAYC and BAYC holders, and it was only redeemable using ApeCoin. Holders had 48 hours to claim the drop, with only one item available to each holder.

Earlier this year, Eminem created ripples in the metaverse with a Bored Ape Yacht Club (BAYC) NFT, which cost him 123.45 Ether which was approximately $450,000 at that time. The purchase of BAYC #9055 was done by the account holder Shady_Holdings on OpenSea. The NFT was bought from its owner Geegazza who couldn’t contain his excitement on social media.

Champ Medici, Web 3 Architect and founder of Crypto fund, shared a story how he got Paul Rosenberg and Eminem into NFT business through Snoop Dogg.

“I saw Paul Rosenberg eating dinner at the Barclays November 3rd 2021 and I didn’t hesitate to tell him to bring Eminem to this space, he wasn’t convinced so I had my client Snoop Dogg call Em November 21st to convince him.” said Champ Medici and then he shared a video of the phone-call and screenshot of text messages with Paul Rosenberg.

“My son run past Paul about this NFT world we got with metaworld and metaverse that you definitely need to get in cause s**t over there.” tells Snoop to Eminem and Em responds: “That’s crazy idea. I don’t even know you could do that.”

Then Champ continues tweeting: “A few months later Nick Yads and The Champ flew to New York City to meet with Paul Rosenberg again to walk him through how it would work and what ideas we thought would best fit their brand. Both Parties own Bored Ape so we felt it was extremely aligned to make the music video cross over.”

“We ran the idea by Yuga Labs and it was green lit light. We flew to Detroit right after closing Garyvee VeeCon in Minnesota 30 days later the music video was completed and history was made. Eight months and some change it took to make this happen.” Champ added while sharing the video of Eminem and Snoop Dogg watching music video of “From The D 2 The LBC.”

“I’m not bragging or making this about me it’s just a beautiful thing to see how time works and ideas are always on our side. To any go getters out there that may have to go through a journey of people fully not understanding your vision stay down for the come have faith and be patient.” he said at the end of his tweet series.

You can check the story in the video below: