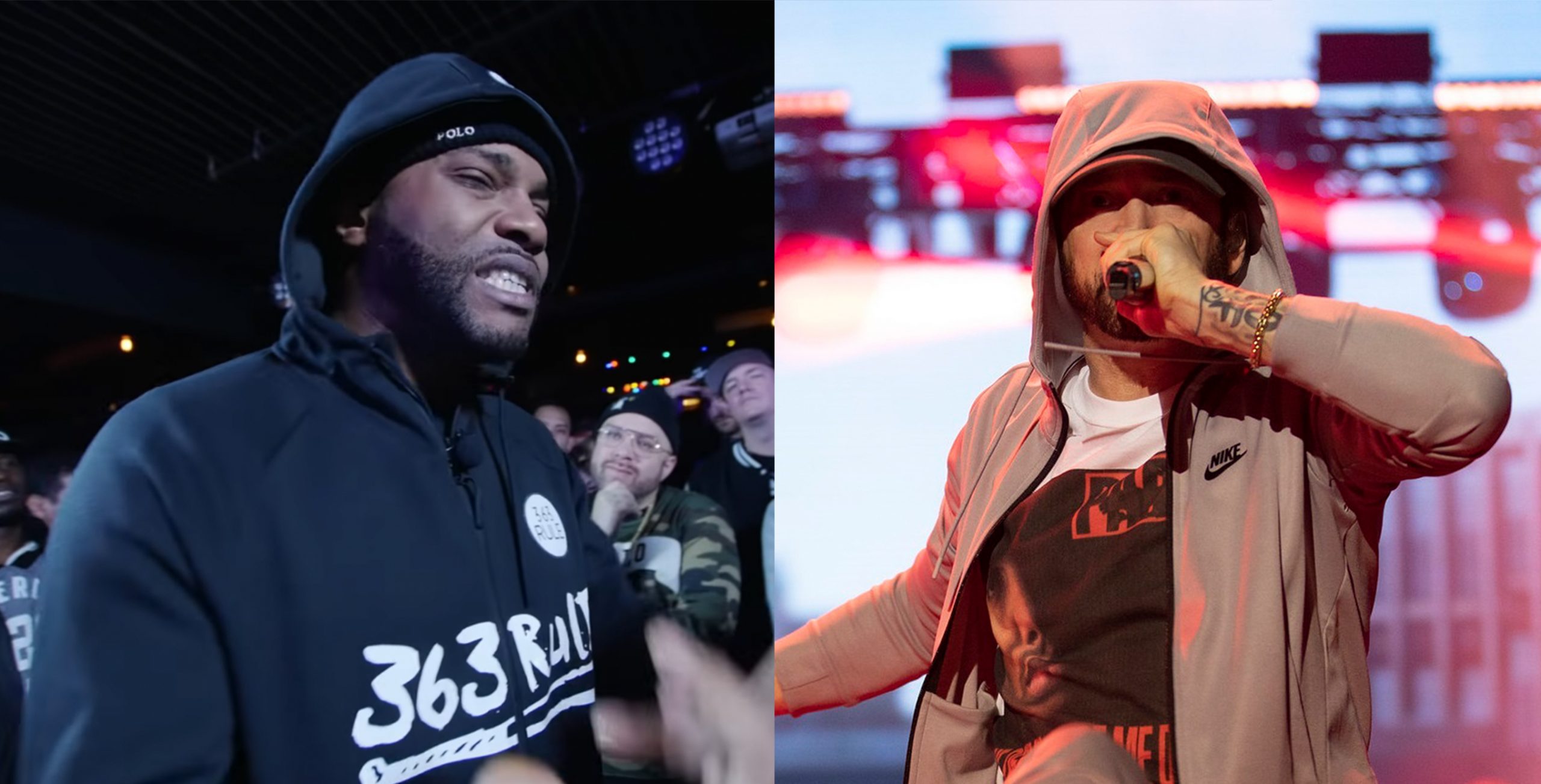 Elite battle rapper Math Hoffa has recently done and YouTube livestream where Brooklyn, New York City rapper talked about his reaction when he first heard Eminem and DMX. He also remembers the times when he was writing Eminem diss records for Benzino and why he backed out:

“When I met Benzino he was getting that drama with Eminem. He heard me rap. I did “Rock The Party” remix and all that s**t. When he got into Eminem s**t he called me up and I wrote a verse for Eminem [diss]. I was hyped. I still have my personal morals. When I saw how far the things were going I felt back cause I was like ‘I don’t really have problems with Eminem. I was like ‘I ain’t gonna lie I actually like Eminem…More than Benzino as far as raps.'”

“First time I heard Eminem I didn’t even know he was white. I was like ‘yo, this ni**a’s nice.’ I was like ‘OHOOOO WHO IS THIS NI**A?!” – said Math Hoffa and then continues talking about DMX. You can watch the video below: