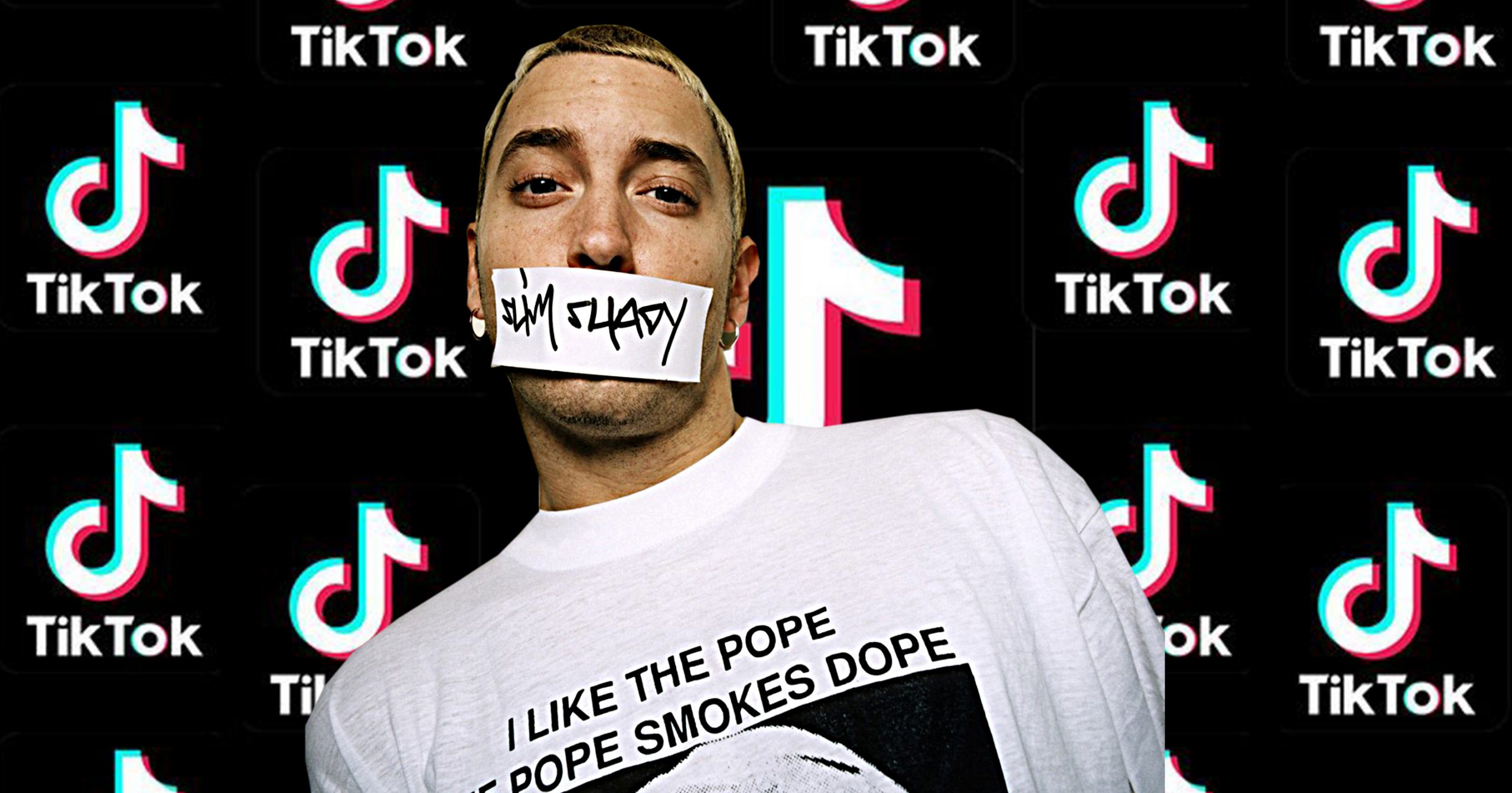 Back in February, one of the TikTok users, who has since been removed from the app, uploaded a short clip of her listening to Eminem’s “Love the Way You Lie,” featuring Rihanna. She particularly called out the line, “If she ever tries to f**king leave again, I’m a tie her to the bed and set this house on fire” and wrote “Yesssss lets cancel him.”

Since then, that initial post has gone viral, launching an age-old debate about the artistic value of Eminem’s controversial lyrics in a time of heightened sensitivity. Posts related to the #canceleminem hashtag reached almost 3 million views. BUT a quick scroll through the videos indicates that the hashtag has been commandeered by Eminem fans who are defending the rapper. Many of these fans point out that Eminem has always been controversial and this particular Gen Z campaign is nothing new.

Last Friday, Eminem released an animated lyric video for “Tone Deaf,” single from Music To Be Murdered By album, in response to “Cancel Eminem” campaign. And when everybody thought it was all over, suddenly, Eminem 2005 song “FACK” becomes the new hot on TikTok. Check out some of the videos below:

FACK really became a Tik Tok trend lmfao how did this even happen 😭 pic.twitter.com/kGGEkxeAK7