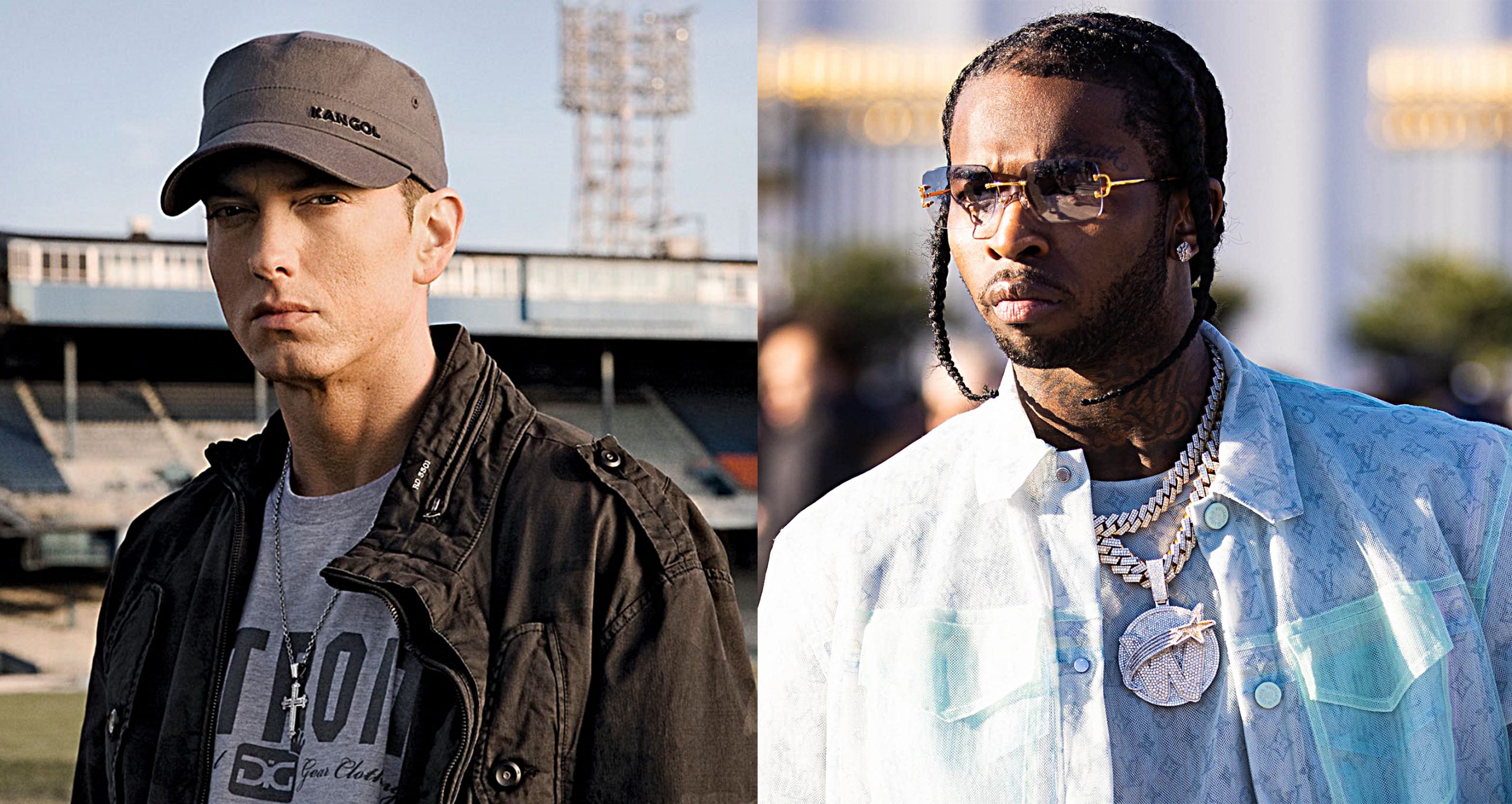 Late rapper Pop Smoke hit an impressive feat on the Billboard’s Top R&B/Hip-Hop album chart in the United States . Just a few days ago, Billboard reported that Pop Smoke’s posthumous album, Shoot For The Stars, Aim For The Moon, which is executive produced by 50 Cent, reached an accolade that was unseen in 30 years on its Top R&B/Hip-Hop Albums chart.

According to the Billboard, Pop Smoke’s album is the longest-running No. 1 on Top R&B/Hip-Hop album chart since 1990 (in the last 30 years), leading the chart for the 17th week. The record was held by Eminem’s 2010 album, Recovery which spent 16 weeks on the charts. Overall, legendary rapper M.C. Hammer’s Please Hammer, Don’t Hurt Em album, dominated the chart for 29 weeks back in 1990.